Lester Piggott, one of the greatest jockeys to grace the sport, has died at the age of 86.

The 11-time champion jockey passed away peacefully in the early hours of Sunday morning in Switzerland.

In a career that began at the age of just 12, with his first winner coming on The Chase at Haydock in 1948, Lester Piggott rode 4,493 winners, the third highest tally in British racing history behind only Sir Gordon Richards and Pat Eddery. He was brilliant on the 1970 Triple Crown hero Nijinsky and strong when he had to be on the Derby winners Roberto and The Minstrel. Yet there was also a great finesse to him, whether it be launching Sir Ivor for that one finishing burst in the 1968 Derby or coaxing the brilliant filly Petite Etoile to win the 1,000 Guineas and Oaks.

A true master of his craft, he won the Derby a record nine times, the first coming aboard Never Say Die as an 18-year-old in 1954, and 30 Classics overall, the last in 1992 when partnering Robert Sangster’s Rodrigo De Triano to victory in the 2,000 Guineas at Newmarket. He also rode the winners of three Arcs, namely Rheingold (1973) and Alleged (1977 and 1978). 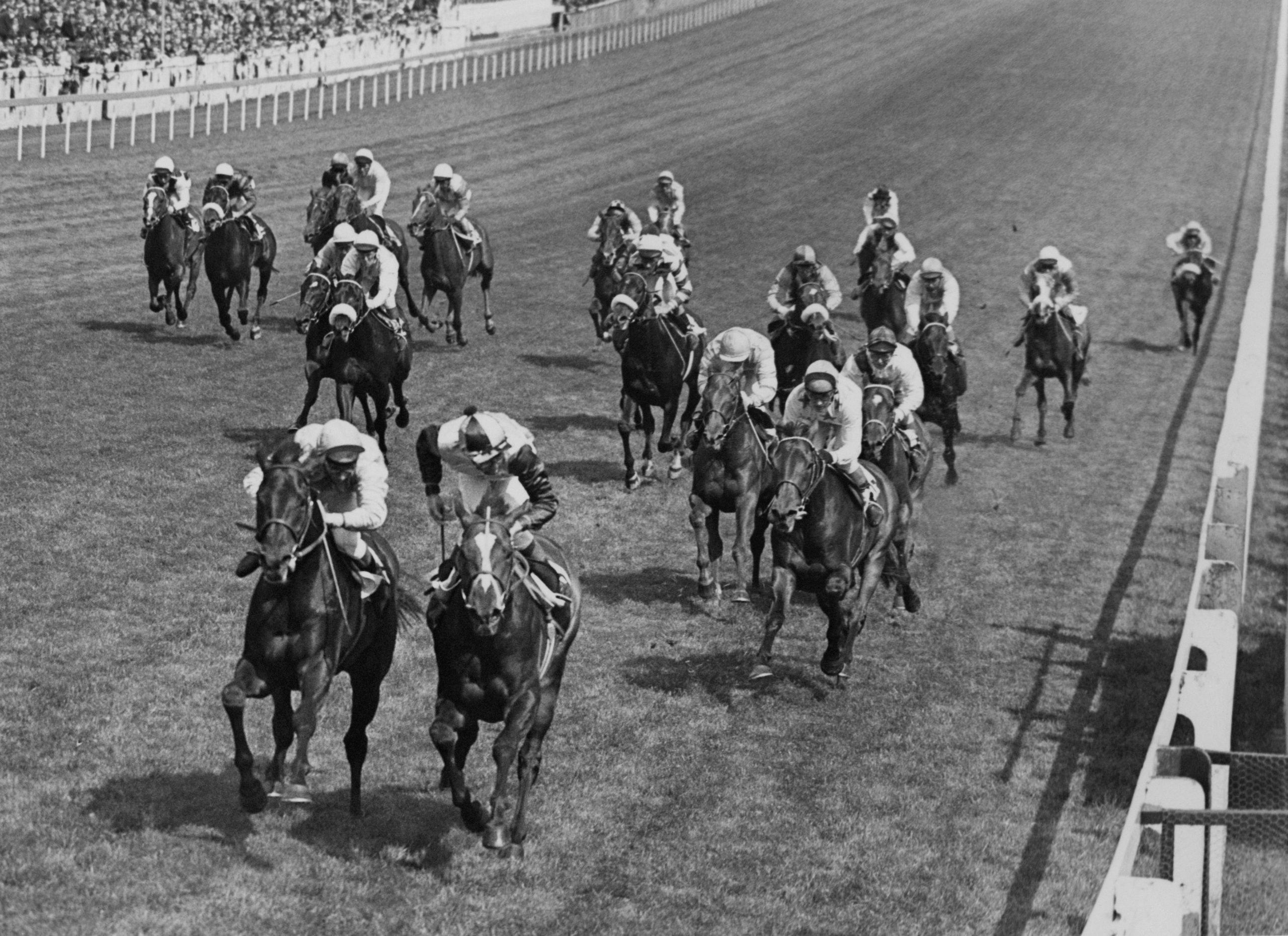 Lester Piggott drives home Roberto (right) in a thrilling finish to the 1972 Derby over Rheingold. Piggott would ride the runner-up to victory in the following year’s Arc. Photo – PA

Piggott forged a remarkable partnership with Noel Murless, for whom he rode the Classic winners Petite Etoile, Crepello, St Paddy and Carrozza, and then with Vincent O’Brien, for whom he rode the likes of Nijinsky, Roberto, Sir Ivor and The Minstrel during a rich period in the late 1960’s and 1970’s. And it was with O’Brien that he pulled off the unbelievable achievement of driving Royal Academy – a Group 1 sprinter – to victory in the 1990 Breeders’ Cup Mile at Belmont Park within ten days of his improbable comeback to race-riding as a 54-year-old.

I would suggest that myself, Pat Eddery and Bruce Raymond, all improved as jockeys because of him

Champion jockey Willie Carson was one of Piggott’s fiercest competitors on the track and was among those to pay tribute to his friend and rival on Sunday.

“It’s a sad day,” he told Luck On Sunday. “He’s been part of my life ever since I got into racing.

“He never seemed to make many mistakes, he made less than most anyway. He just had this aura about him, and when you were in his presence, you felt it.

“When he went out on the racecourse, he was always winning. He was ruthless, absolutely ruthless, but he got the job done. Jockeys had to up their game to beat him. I would suggest that myself, Pat Eddery and Bruce Raymond, all improved as jockeys because of him.

“He had this calmness, his balance was fantastic and his strength in a finish. He was magical to watch – he was just a genius on a horse.” 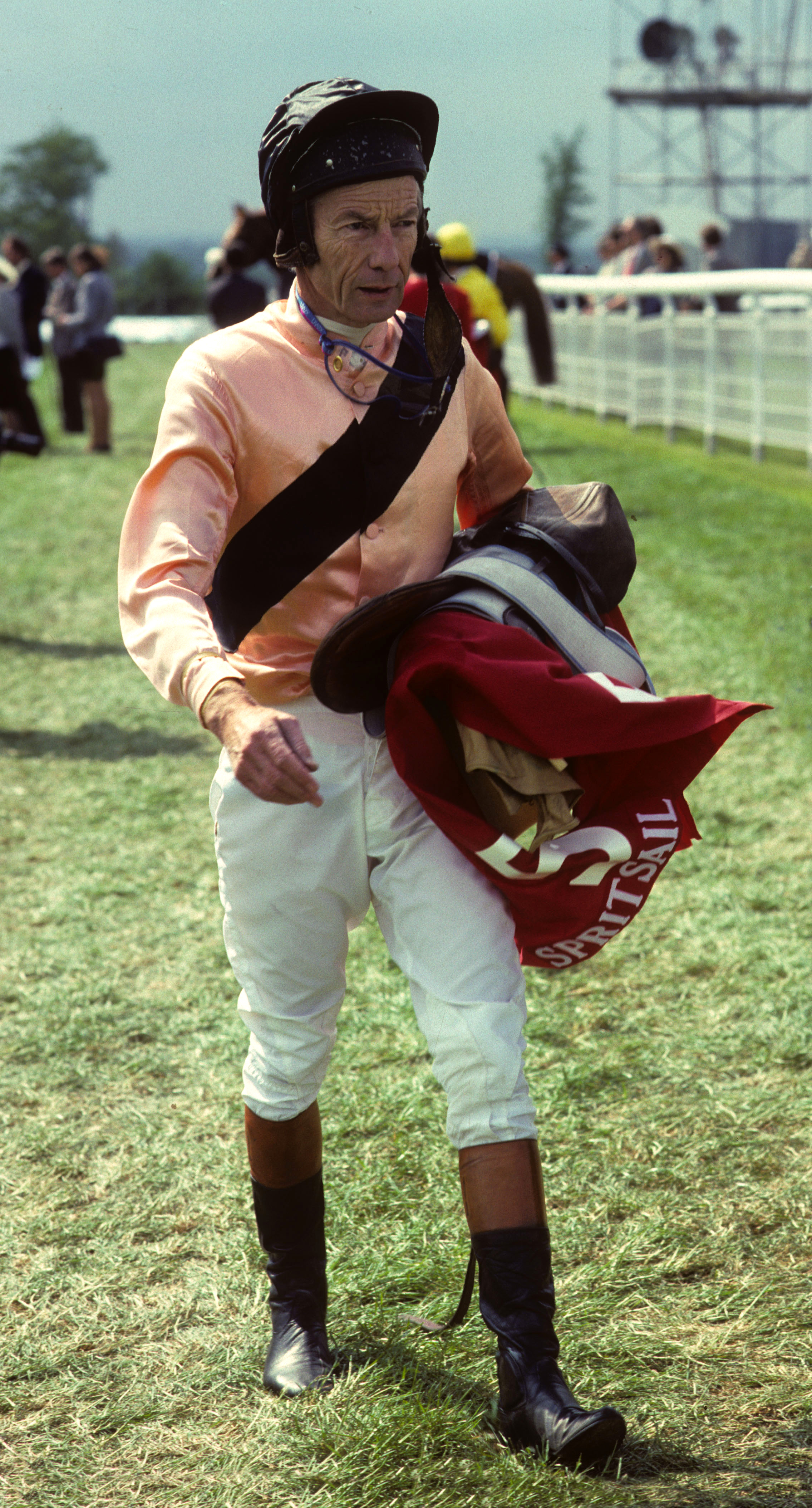 Lester Piggott: holds the record for most Classic victories by a jockey

Piggott retired from race-riding for the first time in 1985 and embarked on a brief spell as a trainer at Eve Lodge Stables in Newmarket, during which he sent out Cutting Blade to win the Coventry Stakes at Royal Ascot in 1986. His training career was cut short by the conviction for tax fraud that saw him spend a year in prison. He returned to the saddle in late 1990 and went on to ride for another four seasons.

Horses used to relax well with him but when he asked them to quicken, they used to really take off with him

The 1992 season was lit up by his partnership with the Peter Chapple-Hyam-trained Rodrigo De Triano, on whom he won the 2,000 Guineas, Irish 2,000 Guineas, Juddmonte International and Champion Stakes.

“It was just unbelievable as a young man like myself to have Lester riding,” said Chapple-Hyam on Sunday. “He was my hero, he was everyone’s hero. He had this aura around him.

“I wanted Lester on Rodrigo De Triano and Robert Sangster said to me ‘go on then, get the old man’. And the horse got on with him, they suited each other like clockwork.”

Aidan O’Brien added: “He was a very special man. He used to come here every year around Classic time, go through all the horses and give us his thoughts, where they should go and what his favourites were. That is something I would never forget. His knowledge was second to none. He had so much natural ability to assess a horse. It was privilege to know him.

“When you saw the way he rode, it was in a different league. Horses used to relax well with him but when he asked them to quicken, they used to really take off with him. He’d barely touch them, he’d be barely standing on their backs. Horses would run with their heads out and down for him.”

Piggott was born into a high-profile racing family as the grandson of Ernie Piggott, who rode three Grand National winners, and son of Keith Piggott, who trained the 1963 National winner Ayala. He was famously tall for a Flat jockey at 5 foot 8 inches, hence his nickname of ‘The Long Fellow’, and struggled to keep his weight down – for most of his career he rode at 8 stone 6 pounds.

Piggott is survived by his daughters Maureen, who is married to William Haggas, and Tracy, a sports presenter, and son Jamie, a successful bloodstock agent. 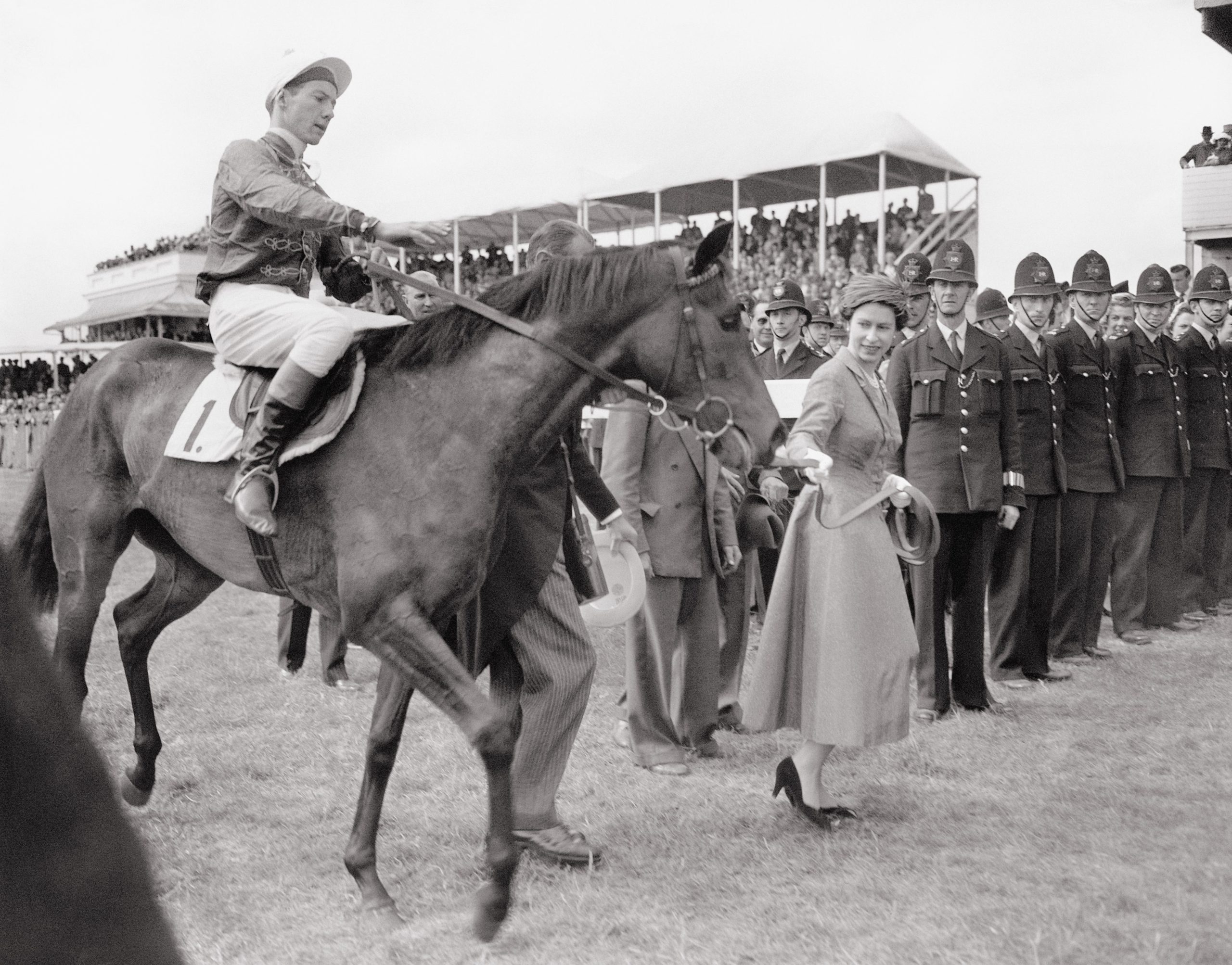 The Queen leads in her Oaks winner Carrozza, with Lester Piggott in the saddle. Photo – PA 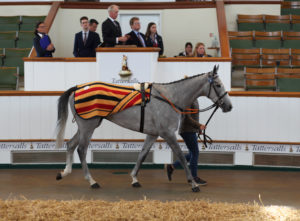 Up Next
Punchestown scorer Ittack Blue to Dan Skelton