Keys bumped into big time on the Flat 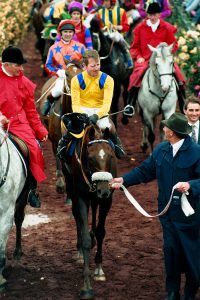 Newsells Park Stud Stakes victrix Wild Coco, whose impressive success brightened up a wet afternoon at HQ, wasn’t the only winner in Britain last Saturday bred from a daughter of the former German Group One winner Sternkoenig. At Newbury, the concluding two-mile handicap was won by the Roger Charlton-trained Keys, whose eye-catchingly facile victory on his handicap debut suggested that he might be ready to follow in some very distinguished footsteps.

National Hunt Flat Races are designed as stepping stones towards future careers over jumps. However, while the majority of bumper winners have indeed graduated to jump racing, there has been a select band of such winners who have subsequently made a mark in Pattern company on the Flat.

The most recent star whose career has taken this shape has been last year’s Ascot Gold Cup hero Rite Of Passage, whose first two starts saw him recording bumper victories at Galway and Naas and who then finished third to Dunguib in the Champion Bumper at the 2009 Cheltenham Festival.

Others to have graduated from bumpers to Group races on the Flat include the Alan Swinbank-trained pair of Collier Hill and Turbo Linn. The former won in Group/Grade 1 company in Ireland, Canada and Hong Kong, while the latter posted her best victory in the Lancashire Oaks – and that was after they had started out with bumper victories at Catterick and Carlisle respectively.

Keys now has big Flat races in his sights. The son of Doyen won three out of three in bumpers during the past National Hunt season with victories at Ffos Las, Lingfield and Cheltenham. Now that he has provided further evidence of his merit with this impressive victory on the Flat, he has a potentially interesting future to look forward to.

Speaking after the race at Newbury, Keys’ owner Barry Hurley (who races the horse in the name of his company Seasons Holidays, best known for sponsoring the Queen Mother Champion Chase at the Cheltenham Festival) revealed that the horse’s short-term target will be the Cesarewitch – and that his long-term aim could be the Champion Hurdle.

By contesting these two races, he would be following in the footsteps of a very distinguished horse who won under National Hunt rules before he ever contested a Pattern race on the Flat: Vintage Crop, winner of hurdle races at Fairyhouse and Leopardstown in 1991 en route to a Flat career which included victories in the 1992 Cesarewitch, 1993 Melbourne Cup and two runnings of the Irish St Leger. Vintage Crop’s itinerary also took in a run in the 1993 Champion Hurdle, in which he finished sixth of 18 behind Granville Again. 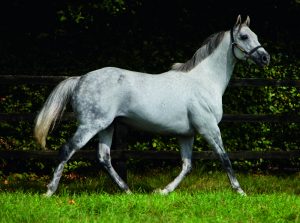 Up Next
Meandre boosts French spirits