Coronation Cup to be run on Derby Day
News

Baker named Employee of the Year

As the regular rider of Kauto Star, Clifford Baker holds one of the most coveted jobs in racing and for his role as Head Lad to champion jumps trainer Paul Nicholls, Baker was rewarded on Monday when named Employee of the Year at the Godolphin Stud and Stable Staff Awards. 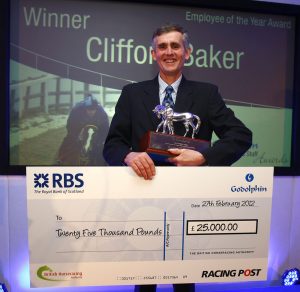 Employee of the Year Clifford Baker

Having been named High Achiever of the Year earlier in the day, Baker saw off five other category winners to scoop the major prize of the day which carries with it a £25,000 bonus, £10,000 of which is shared among his colleagues at Nicholls’s Ditcheat stable.

“It is appropriate that Clifford Baker rides Kauto Star every morning because he has long been the Kauto Star of stable staff,” said Brough Scott, chairman of the judging panel. “His whole career has been a magnificent example how outstanding staff play a major role in any trainer’s success.”

Eight years after their inception, prize-money for the prestigious annual awards has reached £120,000 thanks to the generosity of Sheikh Mohammed’s Godolphin operation, which saw employee Zafar Abbas finish runner-up in the Rider/Groom category.

Champion Flat jockey Paul Hanagan, who was guest of honour at the lunchtime ceremony in Knightsbridge, commented: “This is a really special day for everyone involved. Jockeys know more than most the level of dedication and hard work demonstrated everyday by Stud and Stable Staff, and it is a real privilege to spend time with them, and to be able to acknowledge everything they do for the sport in front of their family, friends and colleagues.”

Each category winner collected £5,000, with their colleagues at their respective yard or stud also sharing £5,000 between them. The two runners-up in each category also received £2,000, with the same amount to their colleagues. The winner of the separate NASS Special Merit Award, judged by the NASS Executive, received an individual prize of £5,000.

The full list of winners and runners up are as follows: 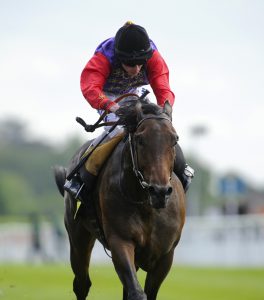 Up Next
Coronation Cup to be run on Derby Day