Perfect ten for Aidan O’Brien in the Irish 1,000 Guineas
News

John Leeper’s preparations for next month’s Cazoo Derby continued on Monday as he took part in a racecourse gallop at Epsom ahead of the Blue Riband.

The three-year-old son of Frankel, who is out of Oaks heroine Snow Fairy, followed up his victory at Newcastle in April with a decisive performance in the Listed Fairway Stakes at Newmarket earlier this month.

John Leeper is named after Ed Dunlop’s father John Dunlop, who was successful in the Group 1 with Shirley Heights in 1978 and Erhaab in 1994, and is set to be partnered by Adam Kirby in the race.

Dunlop was on hand at Epsom to watch the colt be put through his paces by Kirby and said: “We were never going to do too much whether the ground was nice or not as he only ran the weekend before last.

“This was about bringing him to get a bit more experience with Adam [Kirby] on him. The ground was very soft, almost heavy but he looked to enjoy himself. Hopefully everything will be okay, and we will be back on the first Saturday in June.

“He is an inexperienced horse but what I was pleased to see today was that he has been very relaxed doing the whole thing. He is not a baby, but everything was new to him today. I was thrilled with the way he behaved, and he wasn’t keen going down the hill which was good as they were only going slowly.

“We would have been disappointed if he hadn’t won his maiden and he has now won his Listed race, but he has now got to step up markedly to be competitive in The Derby, which at the moment the Irish look like they have a stranglehold on.

“We will just keep him fit, healthy and sound leading up to the race and the rest will be up to the Gods. The trip should be up his street as his mum won The Oaks, although she was better as time went on at a mile and a quarter, but I’d be surprised if there was any problem with the trip.” 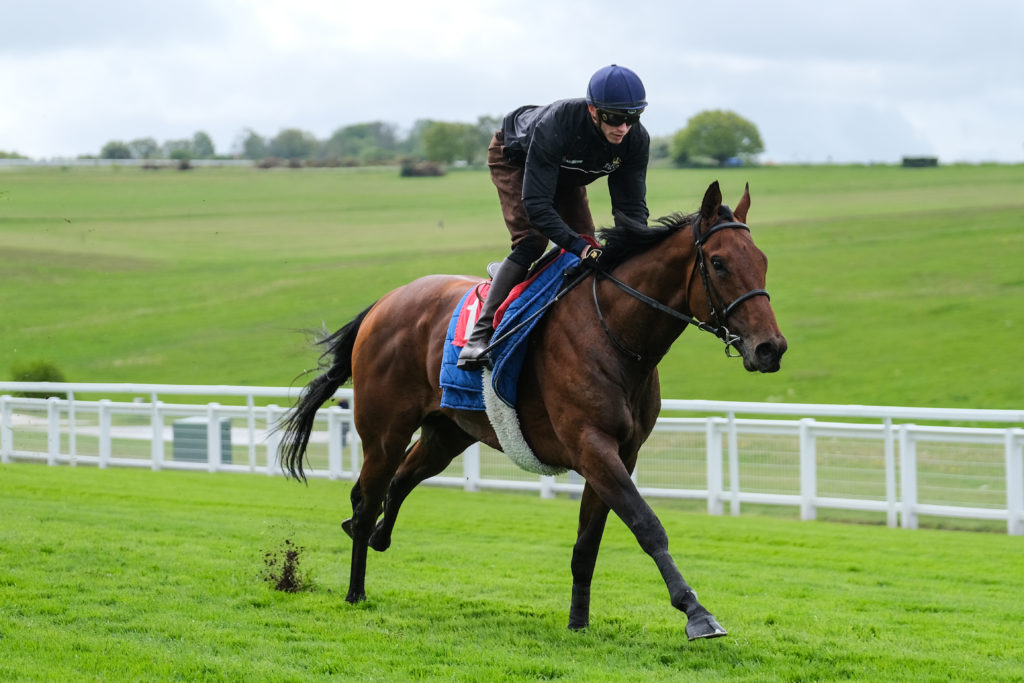 One Ruler and James Doyle at Epsom on Monday – Photo: The Jockey Club

On Cristina Patino’s homebred being named after his father, Dunlop added: “It is probably one of the more interesting stories of the race. Having a horse named after my father is very exciting.

“It creates a little bit of pressure for everyone but at the moment the horse has no idea there is any pressure on him so hopefully we can enjoy it. Of course, it is quite emotional as well and it would be a great day if he could go win The Derby.”

For Kirby, it was the second time that he has sat on John Leeper and after the gallop he said: “I was really pleased with him. He settled lovely on the way down. He didn’t get worked up or in a stew.

“He relaxed beautifully in behind and when I pulled him out in the straight, he gave me a really good feel so I’m really pleased with him. Hopefully everything will be perfect for him here as all the signs are pointing that way.

“He appreciated getting his toe in and he appears to handle most grounds. He is a great ride to pick up and I can’t thank connections enough.”

Godolphin’s One Ruler, last seen finishing sixth behind Poetic Flare in the QIPCO 2,000 Guineas, was another to gallop at Epsom on Monday.

The son of Dubawi will be stepped up in trip if he runs on June 5 and his trainer Charlie Appleby said: “If the races was ten furlongs you would be delighted. It is going to be a big question mark the mile and a half, there is no doubt it.

“On his pedigree there is a question mark, but he is an Autumn Stakes winner and he was doing his best work towards the end there, likewise in the Vertem Futurity Trophy. It was his last couple of hundred yards that put him back into second when he stayed at it dourly.

“The first couple of three furlongs he was taking James [Doyle] on a bit. We already had it in our mindset that were going to come straight from the Guineas to The Derby. We felt that bringing him would ensure we wouldn’t be going into The Derby too fresh – that was the main objective of the exercise and I was delighted with what I saw.” 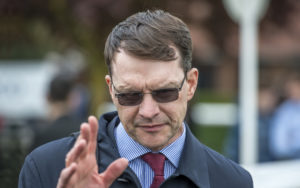 Up Next
Perfect ten for Aidan O’Brien in the Irish 1,000 Guineas