King Power Racing and trainer Andrew Balding believe they have a serious contender for this year’s Group 1 Investec Derby at Epsom on June 1 in Bangkok – and the pair have always had the Blue Riband in mind for the three-year-old Australia colt.

Balding and Alastair Donald, King Power Racing’s manager, were speaking at the annual Breakfast With The Stars event held at Epsom Racecourse on Tuesday.

Following three runs where he failed to get his nose in front, Bangkok has done nothing but progress this season, winning his first start of the season at Doncaster, where he had possible Derby contender Telecaster behind him, before an authoritative performance in the Group 3 bet365 Classic Trial at Sandown last month.

Balding said: “Bangkok is a horse we have always liked. He probably did not achieve what he should have done last year, but the way he wintered and relaxed in his work at home, we were getting pretty excited in March.

“The maiden he won at Doncaster has obviously worked out pretty with Telecaster second, albeit he was having his first ever race. We were really pleased with the way he did it that day, his work improved again and then he won well at Sandown. He is in a great place at the moment.”

Balding last saddled a Derby runner when Elm Park contested the 2015 running of the contest won by Golden Horn. The Kingsclere handler is of the opinion that Elm Park and Bangkok are the two best three-year-olds he has trained.

Bangkok, who was bred by Barronstown Stud out of the Darshaan mare Tanaghum, was sourced by SackvilleDonald for 500,000gns at Book 1 of the Tattersalls October Yearling Sale for the late Leicester City Chairman Vichai Srivaddhanaprabha. Since his death, his son, Aiyawatt, has carried on with the fledgling operation.

Donald said: “Everything has fallen into place this year [for King Power Racing] whereas last year was very much a developing year. It is just very sad that the Chairman, as we call him, is not around to see the fruits of his investment.”

“We in the main bought three-year-old types and it appears to be paying off at the moment. The Chairman had a list of 37 yearlings that year and spent a long time naming them all. He gave Bangkok a very strong name because he stood out on pedigree.

“He is bred to be a very good horse and his half-brother Matterhorn has improved with age. I think Bangkok has a big future.” 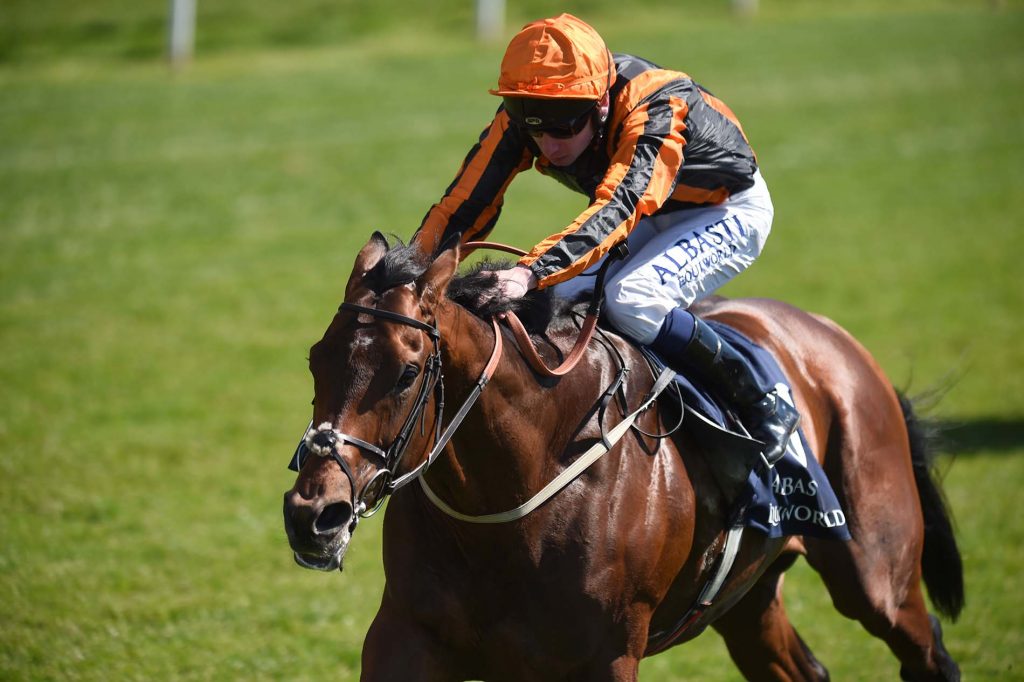 A decision about Dante Stakes winner Telecaster running in the Investec Derby has yet to be made – Photo: George Selwyn

King Power Racing could also field the exciting Queen Power in the Investec Oaks but a decision about her participation will be made in the next day or two.

As for impressive Dante Stakes scorer Telecaster, his trainer Hughie Morrison revealed that a decision about whether or not the colt will run in the Classic will be made in the next seven to ten days.

He said: “Telecaster had a very hard race against Too Darn Hot last week at York. We are going to need a bit more time before we make a decision. There is only a 16-day gap between the Dante and the Derby.

“We are perfectly happy with him and we are doing everything we would like him to do after a race. We will bide our time until as late as possible.”

The Aidan O’Brien-trained Sir Dragonet, who like Telecaster would need to be supplemented to the Investec Derby, is being favoured by connections to run at Epsom over the Prix du Jockey Club at Chantilly.

The master of Ballydoyle revealed in a phone interview that the impressive Group 3 Chester Vase winner could spearhead a team of eight horses at Epsom.

O’Brien said: “If I had a bet on it, I think the lads are favouring towards running him at Epsom over France. We don’t have to make our mind up until the supplementary stage but we are favouring Epsom.”

Andrea Atzeni and Tauteke (near side) lengthen half a furlong out during their gallop at Breakfast with the Stars #BWTS pic.twitter.com/ekvEP8U7mM

Gosden said: “The plan is to supplement Mehdaayih – the owner is keen to do so and we are too. Anapurna has come out of Lingfield in great order and has been left in the Oaks.

“Both fillies won their trials with great authority and Anapurna probably has more of an emphasis on stamina with her pedigree. I couldn’t be happier with both fillies.”

There was only one horse galloping at Breakfast With The Stars on Tuesday in Roger Varian’s Oaks entry Tauteke. Hesmonds Stud’s daughter of Sea The Stars, who ran second in the Lingfield Oaks Trial, galloped six furlongs with stablemate Shagalla.

Varian said: “It was a beautiful morning and it was good to bring Tauteke here this morning. I think if it fits into your race schedule or whatever prep race you choose for the Derby meeting, this meeting works very well. I was delighted with how Tauteke moved.

“No decision has been made about Nausha’s participation in the Oaks. She only ran last week in the Musidora. I will want a week to gauge her form and I think we are leaning towards the French Oaks at the moment.

“I would not rule her out of Epsom and she came out of the Oaks very well.” 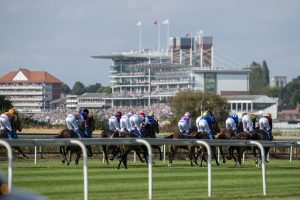 Up Next
Breeding angles from York's Dante meeting