Winx makes it 32 wins on the spin
News

It is no secret that owner Trevor Hemmings loves the Randox Health Grand National, having seen his colours carried to victory on three occasions by Hedgehunter (2005), Ballabriggs (2011) and Many Clouds (2015). If one of his three contenders – Lake View Lad, Warriors Tale and Vintage Clouds – were to be successful in this year’s edition, Hemmings would become the winning-most owner in the race’s history.

However, if the Sue Smith-trained Vintage Clouds (carrying 10st 4lb) were to cross the line in front on Saturday, it would mark the first time in 37 years that there has been a homebred winner of the Aintree showpiece.

Michael Meagher, racing manager to Trevor Hemmings, said: “Mr Hemmings would be very happy if he were to win it for a fourth time, especially with a homebred. Mr Hemmings has always loved the Grand National and it has been my job over the years to make sure that we have had a runner in the race.

“It’s great to have a horse that you’ve bred yourself and taken all the way through like Vintage Clouds. He was broken in at Gleadhill and while he ran in a bumper and over hurdles, he was always going to be a chaser.”

That last homebred winner of the National was in 1982, when Frank Gilman’s Grittar followed up his success in the Liverpool Fox Hunters’ Chase in 1981 with amateur jockey Dick Saunders on board. Gilman owned and bred Grittar from a mating between his mare Tarama and the stallion Grisaille.

Carrying 11st 5lb, Grittar and Saunders took the ‘brave man’s route’ up the inside, where the drops were that much steeper. Grittar had produced a perfect round of jumping until making a mistake at the final fence, but he survived that blunder to win by 15 lengths. 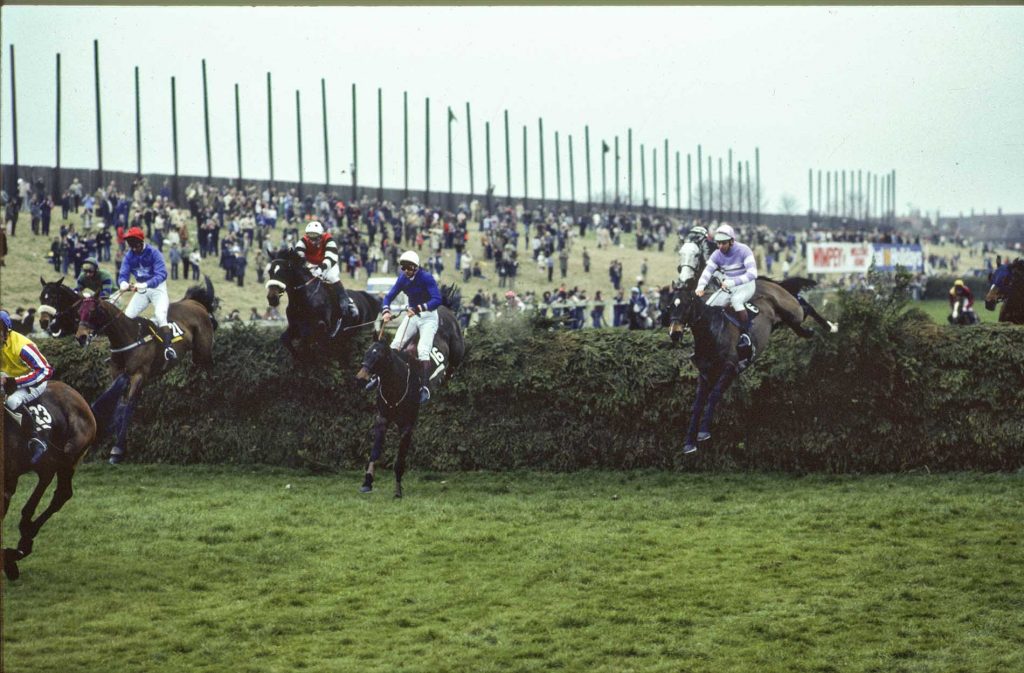 Grittar (right) lands over the third fence on the way to winning the Grand National in 1982 – Photo: George Selwyn

Other homebreds to have won the Grand National include Woodbrook in 1881, Troytown in 1920 and Russian Hero in 1949. Party Politics could have joined that club in 1992, but his owner-breeder David Stoddart sold him to Patricia Thompson just days before the contest.

Vintage Clouds has the pedigree to succeed in Saturday’s race. His sire is Old Road Stud resident Cloudings, a son of Sadler’s Wells who was trained by Andre Fabre for Sheikh Mohammed to land the Group 1 Prix Lupin in 1997.

The 25-year-old already has one Grand National winner to his name in the late Many Clouds, who claimed the title in 2015 for Hemmings, trainer Oliver Sherwood and jockey Leighton Aspell.

Meagher added: “Some of Mr Hemmings’ best horses have been by Cloudings. Cloudy Lane, another of our homebreds, was by him and he was sent off joint-favourite in a Grand National [2008] and was also successful in the Fox Hunters’ at Aintree.

“Then of course Cloudings is the sire of Many Clouds, who was a super horse for us. Cloudings is getting older now but he has been an underrated sire.”

Hemmings bred Vintage Clouds out of the point-to-point-winning Germany mare Rare Vintage, making him a half-brother to a former Smith inmate in the shape of Vintage Star, who contested the 2014 edition of the Grand National but was pulled up before the 26th fence.

Agonisingly, Vintage Clouds missed the cut for last year’s Grand National won by Tiger Roll. His place in this year’s 40-runner field was guaranteed on Monday thanks to a number of high-profile absentees – Blaklion, Abolitionist, Ms Parfois, The Storyteller, Alpha Des Obeaux, Sub Lieutenant and Yala Enki, who all came out.

The nine-year-old warmed up for his biggest test at Cheltenham last month, when he was an encouraging second, beaten a length and a quarter, in the Grade 3 Ultima Handicap behind the Nicky Henderson-trained Beware The Bear. 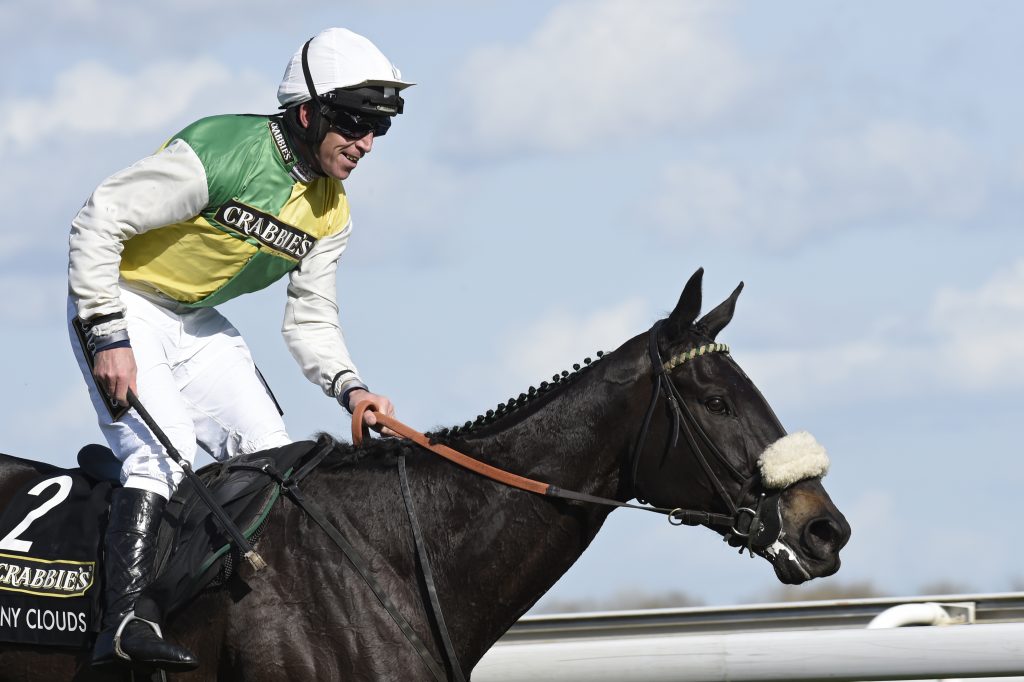 The late Many Clouds is one of many Hemmings’ horses by Old Road Stud resident Cloudings – Photo: George Selwyn

“Vintage Clouds is in good nick,” Meagher said. “He schooled over the National fences last week and he came out of Cheltenham well.”

He finished ahead of another horse that will carry Hemmings’ silks, in the shape of the Nick Alexander-trained Lake View Lad (11st 1lb), who will be his trainer’s first runner in the race. The nine-year-old came into the Hemmings fold earlier this season and has victories in the Listed Rehearsal Chase and the Grade 3 Rowland Meyrick Chase to his name.

Of Lake View Lad and Warriors Tale’s chances in this year’s edition, Meagher said: “The trip shouldn’t be too much trouble for Lake View Lad. Warriors Tale didn’t get the trip last year but if there’s a change in the weather that makes the ground soft, he might run on Friday.

“At the moment the plan is to definitely run in the Grand National.”

The favourite for the Randox Health Grand National is Tiger Roll (11st 5lb), bidding to follow up last year’s triumph and become the first dual winner of the contest since Red Rum captured the second of his three victories in 1974. 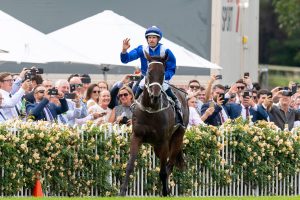 Up Next
Winx makes it 32 wins on the spin