One more chance to see Frankel this year
News

The TBA Annual General Meeting generated a lot of thought-provoking information, as a result of Paul Greeves’s presentation on thoroughbred production in Great Britain and Ireland. On most people’s minds was the issue of whether there will be sufficient stock to meet the future fixture list demands.

Further research will be conducted into these raw statistics, but we now know that 41% of the British foal crop enters training in Great Britain as two-year-olds. When the combined British and Irish foal crops are examined this figure drops considerably, to reflect the larger percentage of NH production in Ireland.

I fully accept that jump racing, which is so reliant numerically on French and Irish production, will not feel the effects of reduction for some time, as age is a lesser factor in the population of horses in training.

Irish NH foal production has declined in a dramatic fashion, yet they will still have a large requirement for their domestic production and the difference cannot be met from the current small number of British NH breeders, which accounts for 13% of total foal production in Britain (583 foals in 2010). Therefore, similar problems will emerge but over a longer time and support measures must be maintained.

Now more than ever the valuable self-help schemes funded by breeders provide an essential boost to prize-money. However, contributions from breeders and vendors to the Racing Post Yearling Bonus Scheme, as well as stallion contributions via the BEBF, all eat away at the industry’s bottom line and, whilst these remain necessary if we are to stimulate the bloodstock market, I too support those who have expressed concerns that there is a danger that the RPYBS will follow the BEBF contributions and will soon be taken for granted by the racing industry.

Tattersalls’ July Sale’s results posted welcome overall increases and underlined the importance of the export market for horses in training. The results from the breeding stock offered on the first day gave no great cause for optimism and would certainly suggest that an upturn in demand for breeding stock is still some way off. Maintaining our export market, then, is a priority and something that Tattersalls are very conscious of.

British Bloodstock Marketing (BBM) also has a role to play here and for this reason it is no secret that the BBM committee focuses the majority of its efforts in this sector. I am concerned, however, that the uncertainty regarding funding beyond 2011 could undermine its sterling work.

The British Horseracing Authority (BHA) and Racecourse Enterprises Ltd (REL) have been asked to provide funding for BBM in 2012 and, whilst they naturally want to see the bloodstock industry make the majority contribution, it is important that the wider industry recognises that a vibrant export market provides benefits for racing way beyond just breeders.

The increase in attendance on the first day of the July Cup fixture was not matched again through the three days. The weather may have been a factor, but I suspect that there was nothing wrong with the old format and that racegoers look forward and plan for the opportunity to take a day’s holiday, or possibly two, to go racing.

Was the July Cup move to a Saturday really necessary? Will the opportunity to offer bets to Far Eastern markets bring added value, which is undoubtedly badly needed, to British racing? The racing press certainly enjoyed the opportunity to debate this matter.

Perhaps a less obvious point has been overlooked: sales consignors registered that a longer week, culminating with racing on Saturday, had resulted in a distinct decline in the number of potential purchasers from overseas looking at lots selling on the first day of the July Sale (Wednesday). Perhaps this factor, too, can be added to the debate regarding the Saturday fixture before the 2012 July meeting. 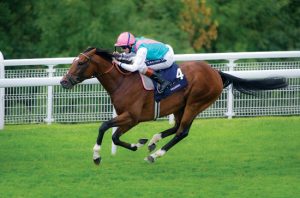 Up Next
One more chance to see Frankel this year