‘He was a very passionate owner-breeder’

Marcus Tregoning’s association with Sheikh Hamdan Al Maktoum stretches back to his time as assistant to Major Dick Hern and he paid tribute to the late owner-breeder on Wednesday following news of the Emirati’s death.

Having arrived in the 1980s to be pupil assistant to the Major, Tregoning remembers encountering the influential horseman in those early days and said: “When Sheikh Hamdan was advised to buy Height Of Fashion from the Queen, that was the start of it because we eventually got the likes of Unfuwain, who was by Northern Dancer, and ultimately Nashwan.

“Then of course the whole operation snowballed from there thanks to Nashwan and Sheikh Hamdan owning that wonderful mare. We’ve still got the legacy now and some great, great, great grandchildren of the family.

“He was a very passionate owner-breeder. I had great fun with him, we had a ball.”

The great Nashwan, who had won both of his starts as a two-year-old, developed into an outstanding performer in 1989 where he captured the 2,000 Guineas, Epsom Derby, Eclipse Stakes and King George VI and Queen Elizabeth Stakes.

A very sad day for racing to lose Sheikh Hamdan. He was a hugely passionate and enthusiastic owner breeder who will be greatly missed.

It had also been in the back of Tregoning’s, Hern’s and Sheikh Hamdan’s minds that Nashwan would blossom into the top-class racehorse he became but during the son of Blushing Groom’s juvenile season, he was surrounded by other horses who oozed potential.

Tregoning said: “It very often happens like this but particularly that year we had a very strong bunch of two-year-olds. We had Prince Of Dance in the mix and we had other good ones around him – there must have been half a dozen of them; all proper horses.

“Nashwan was probably the biggest and weakest looking. It was always the idea, as it turned out with Nayef – another of his mare’s offspring that I trained – to give him a bit of time and not over race him at two so he just had two runs.

“Dick Hern thought Prince Of Dance was the best but he had a problem. The other horse we had was called Al Hareb who won the Racing Post Trophy. From Sheikh Hamdan’s perspective in those days, Al Herab would have been the Guineas horse but then he didn’t work out so suddenly the emphasis was on Nashwan.

“He did extremely, extremely well, won the Guineas and obviously, the rest is history.” 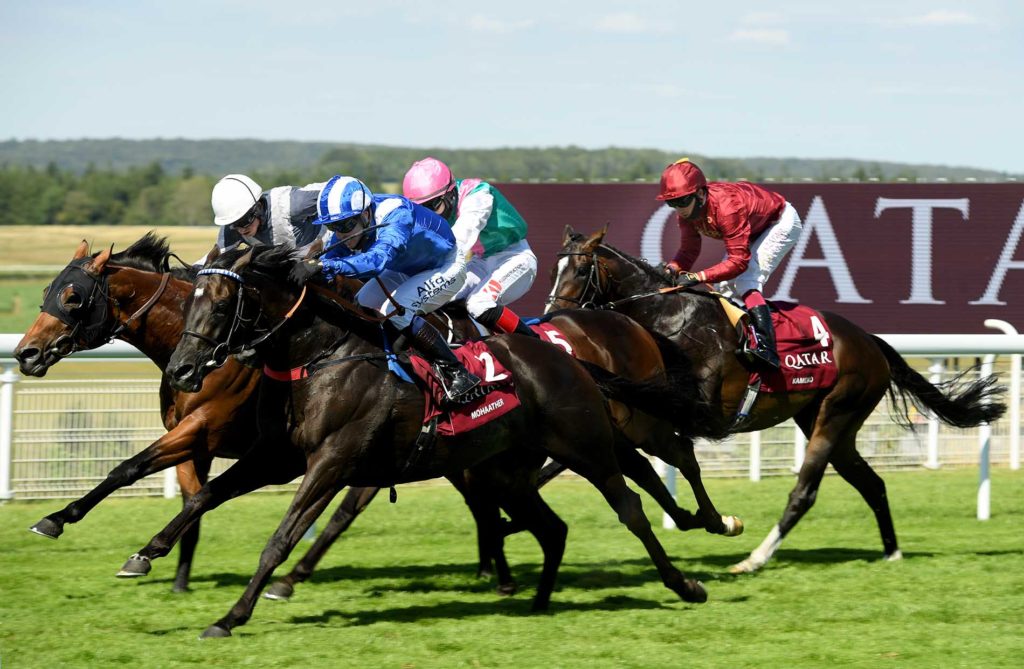 Mohaather, trained by Marcus Tregoning, got the better of the Classic generation in the Sussex Stakes

Years later when Tregoning was a trainer in his own right he had the pleasure of training Nashwan’s Gulch half-brother Nayef to land four Group 1s – the Champion Stakes, Dubai Sheema Classic, Juddmonte Internationla and Prince of Wales’s Stakes.

For the trainer, it was obvious that Nayef had potential from a young age, and he added: “On reflection, he was one of the most beautiful yearlings I’ve seen in a long, long time. I saw him quite recently at Shadwell out in the paddock and just remember thinking what a beautiful horse he was.

“I always thought at the time before he came into my care, he would have topped any of the yearling sales around the world he was that good.

“Being a half-brother to a Derby winner and then of course with Unfuwain in the mix, he was a lovely horse. He and Nashwan, particularly, were so incredibly sound. If you look at Nashwan as a three-year-old he had to very sound to back up in all those Group 1s – it was sensational.”

Only last year did the pair renew their winning association when Mohaather displayed an electric turn of foot to defeat Circus Maximus, Siskin and Kameko to capture the Group 1 Sussex Stakes at the Qatar Goodwood Festival.

“Nayef was one of the most beautiful yearlings I’ve seen in a long, long time”

Tregoning fondly recalls a visit Sheikh Hamdan paid to Whitsbury Manor Stables when the son of Showcasing was just a three-year-old and said: “He came and looked at him with me here at Whitsbury. We had a great discussion and Sheikh Hamdan, you couldn’t imagine anyone more passionate, more enthusiastic and more excited about the prospect of having another good one.

“I think every owner that came to the yard and saw Mohaather said ‘this is it; this is the one!’ We all knew sort of in the back of the minds he just might be. It was very, very exciting and hopefully he will be a good stallion but sadly Sheikh Hamdan won’t see it.”

The handler is in no doubt of the impact that Sheikh Hamdan has had on the sport for more than 40 years and concluded: “It encouraged a lot of the small guys as well to get going because they always knew if they got a really good one, Sheikh Hamdan might come along and buy it or be in the mix as a bidder.

“Even when he had a not so successful season, he was right back at those sales and was telling people ‘we’ve got to get better’. I’ve never known anyone to take the lows as well as the highs – he was quite extraordinary like that.” 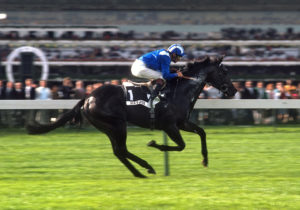