“We felt that we would never be able to buy a half-sister to a Group 1 winner again. So, we decided to retain her”

For Keith and Eileen Harte, this weekend’s QIPCO 1,000 and 2,000 Guineas at Newmarket puts them in the exciting position of being involved in both races, as the breeders of leading filly Dandhu and having a hand in the early career of the Qatar Racing-owned colt Kick On.

The Dandhu story started 14 years ago, when they bought her dam, the Cape Cross mare Poldhu, as a foal with a partner, with the ultimate aim of one day breeding from their purchase.

Keith takes up the story: “We went to re-sell Poldhu as a yearling, but she turned out to be a half-sister to the Falmouth Stakes winner Rajeem and we felt that we would never be able to buy a half-sister to a Group 1 winner again.

“So, we decided to retain her and put her in training. She never raced but as we wanted to breed from her, we bought our partners out and have bred from her ourselves.

“Poldhu has been very good to us as she’s had four winners who have all been rated over 95. She has a filly on the ground by Twilight Son and is safely in foal to Kodiac. Now, obviously, she has a Classic contender.”

Poldhu, for a very long time, was the only broodmare that the Hartes were breeding from and for the mating that produced Dandhu, they choose to use Ballyhane Stud’s high-class sprinter Dandy Man.

Harte explained: “The most important thing is that the physical [attributes] suits the mare. Dandy Man suited the mare well as he was a strong, neat and compact horse. We’ve had luck with the stallion before and we thought it was a good fit, so that was why we used him.”

It was at Book 2 of the Tattersalls October Yearling Sale when Dandhu went through the ring consigned by the Hartes. A bid of 75,000 guineas from Suzanne Roberts secured the filly.

Her page had received welcome updates ahead of that auction as the James Tate-trained Invincible Army, out of Poldhu’s Group 1-winning half-sister Rajeem, was a Group 3 winner in the Sirenia Stakes. 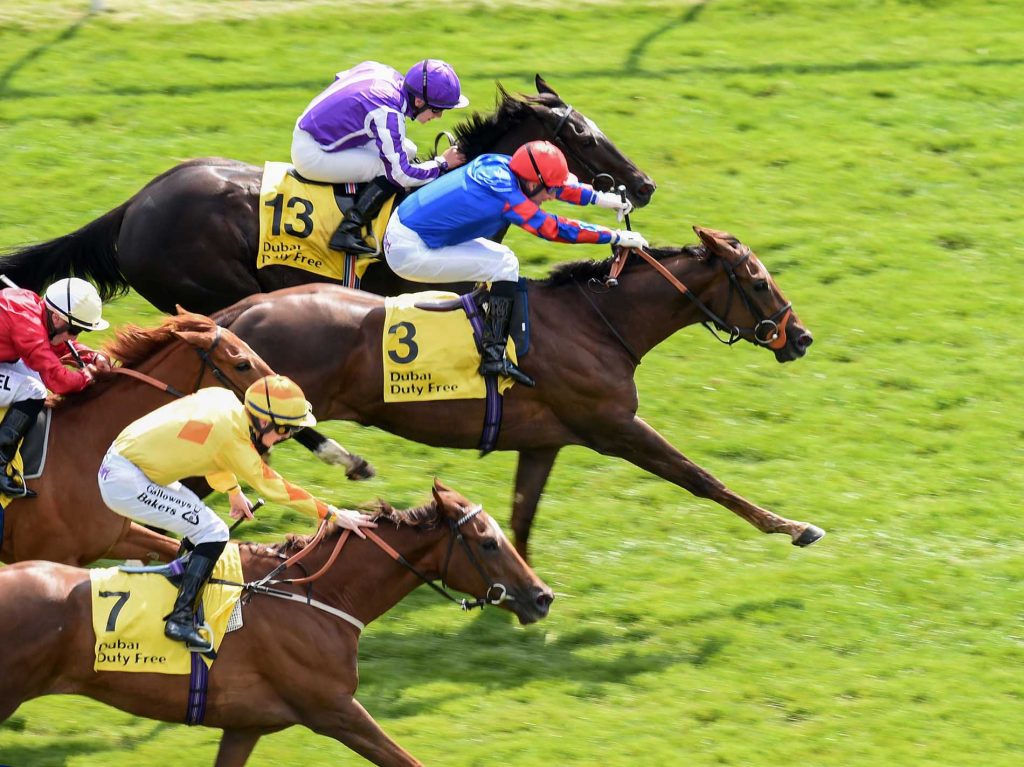 Dandhu gets the better of her rivals in the Group 3 Dubai Duty Free Stakes at Newbury last month – Photo: George Selwyn

“The mare throws good-looking foals and Dandhu was no exception,” Keith said. “She had a bit of scope; a bit more than some Dandy Mans. She was a standout yearling and there was a lot of interest in her at the yearling sales that year. We were very pleased with what she made.”

Dandhu entered the care of trainer David Elsworth and made her debut in the August of her two-year-old season on Newmarket’s July Course, when she was beaten only two and a quarter lengths by Firelight.

She made a quick return to the course two weeks later when finishing behind Layaleena before shedding her maiden on the third time of asking in a 7f fillies’ conditions stakes on the all-weather at Kempton. Her juvenile campaign finished with a fine second in the Group 2 Rockfel Stakes on Newmarket’s Rowley Mile.

Dandhu’s warm-up for the QIPCO 1,000 Guineas on Sunday saw her contest the Group 3 Dubai Duty Free Stakes at Newbury, when she came with a late burst to take the race by a short-head.

The Hartes are very hopeful of Dandhu running a big race and the possibility of potentially fulfilling one of their dreams in breeding a horse of elite calibre.

Keith said: “It’s what every breeder dreams of. When you see people going in and out of the breeding shed with foals, that’s what they’re thinking they have in their hands. It’s only once a year you get a chance to run in these races and hopefully it will be a dream come true.

“We’re very much looking forward to it and hoping she runs a very good race.” 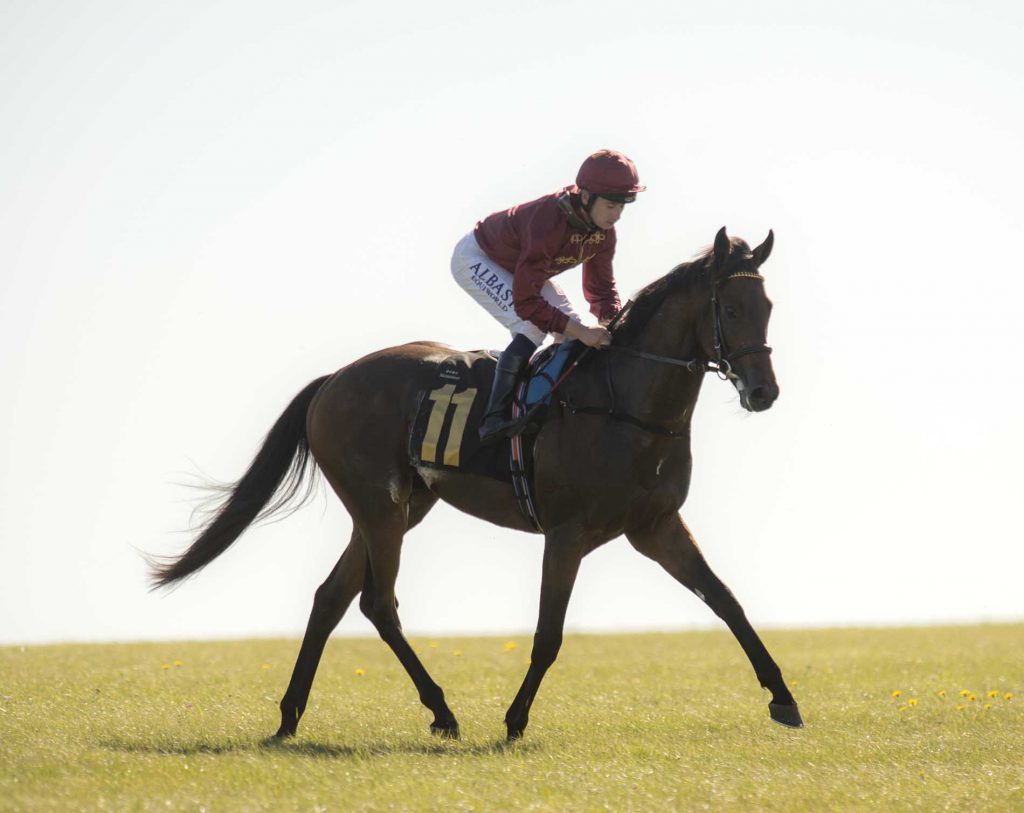 Kick On after winning his maiden at Newmarket last year. The colt was sold as a foal by the Hartes – Photo: George Selwyn

On Saturday, the Hartes will see one of their graduates tackle the colts’ Classic, the QIPCO 2,000 Guineas, when the John Gosden-trained Kick On bids to follow up last month’s success in the Group 3 Feilden Stakes.

Kick On, who is out of the Marju Listed-winning mare Marika, was consigned by Keith Harte Bloodstock at the 2016 Tattersalls December Foal Sale on behalf of Shutford Stud, where Peter and Ross Doyle snapped him up for 80,000gns. At the following year’s Book 1 October Yearling Sale, he went through the ring again and fetched 135,000gns from David Redvers.

Keith added: “We’ve probably sold about 12 horses out of Marika and she’s a good-looking mare and throws extremely good-looking stock. Kick On was a good-looking individual as a foal, and I don’t think he’ll have any problems staying the mile. 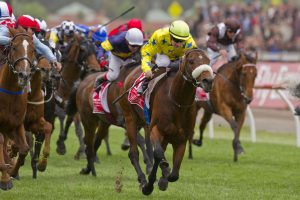