“I don’t see any him having any trouble with the Jockey-Club distance – for me, that is a good idea”

St Mark’s Basilica made the trip to France for the Poule d’Essai des Poulains worthwhile for the Coolmore team at Longchamp on Sunday, sealing victory in the Classic with an exceptional turn of foot as the 9/4 second favourite.

Much of the pre-race focus centred on the Newmarket 2,000 Guineas hero Poetic Flare. However, in a messy race, the Jim Bolger-trained favourite was tapped for toe at a crucial stage and despite finishing strongly, could only finish sixth.

Meanwhile, St Mark’s Basilica made the most of a good position on the outside under Ioritz Mendizabal, swooping down the outside to hit the front and win going away by a length-and-three-quarters. The 80/1 outsider Colosseo ran a mighty race to take second, a short neck ahead of the third Breizh Eagle.

“He’s incredible,” Mendizabal told Sky Sports Racing. “This morning I spoke with Aidan [O’Brien] and the idea was to try and start well and maybe have two or three in front of him with a fast pace. He hadn’t run for a while and took his time but after the turn, I got a good position behind Christophe [Soumillon on Sealiway] and he was relaxed with a good action.”

He added: “I don’t see any him having any trouble with the Jockey-Club distance – for me, that is a good idea.”

Bookmakers responded to the win by cutting St Mark’s Basilica into 9/4 favourite for next month’s Prix du Jockey Club. The son of Siyouni was also shortened into 2/1 for the St. James’s Palace Stakes at Royal Ascot.

Purchased for 1,300,000gns as a Tattersalls October Book 1 yearling by M V Magnier, St Mark’s Basilica made relentless progress as a two-year-old to cap his five-race campaign with a victory in the Group 1 Dewhurst Stakes. In taking Sunday’s Classic, he also again emulated his half-brother Magna Grecia, another Group 1-winning two-year-old who trained on to take the 2019 2,000 Guineas at Newmarket. The pair were bred by Robert Scarborough out of Cabaret, a Group 3-winning Galileo half-sister to Solario Stakes winner Drumfire.

Cabaret has a two-year-old brother to St Mark’s Basilica named Paris Lights who was retained by Scarborough for 650,000gns as a yearling. She also foaled a colt by Kingman in January.

St Mark’s Basilica is one of six Group 1 winners for the Aga Khan Studs’ Siyouni and becomes his fifth French Classic scorer after Sottsass, Ervedya, Laurens and Dream And Do. 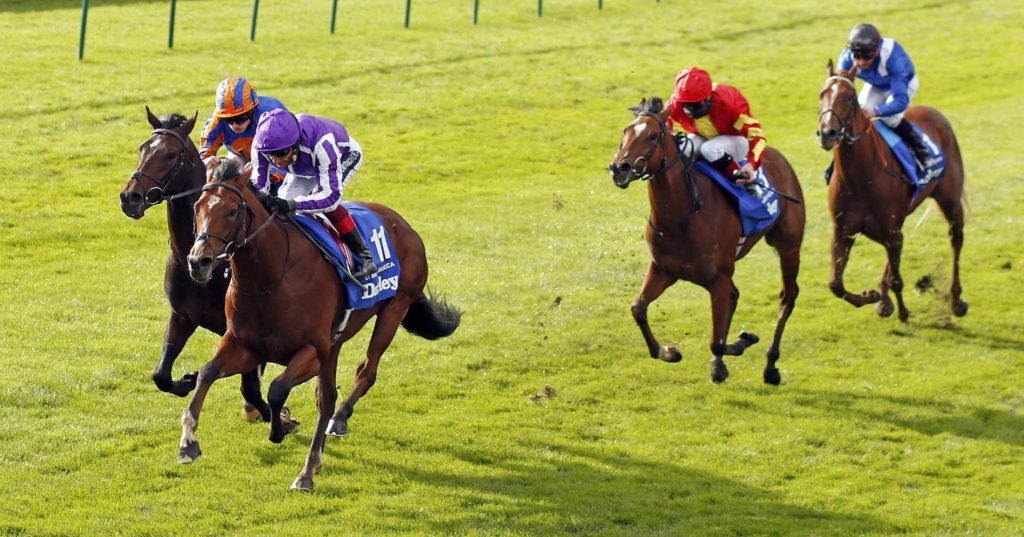 Coeursamba sprang a 66/1 surprise for Jean-Claude Rouget in the fillies equivalent, the Poule d’Essai des Pouliches, bursting through a gap on the inner under Cristian Demuro to deny Ballydoyle’s Mother Earth a famous Newmarket – Longchamp Guineas double.

Coeursamba had held her own in good company as a two-year-old, notably when placed in the Group 3 Prix d’Aumale and Prix Six Perfections after which she changed hands for €200,000 to Haras de Saubous – signing on behalf of Abdullah bin Fahd Al Attiyah – at the Arqana Arc Horses in Training Sale. However, she had run a well beaten third on her return in a conditions race at Longchamp and consequently looked to have plenty to find in a Classic that featured the Group 1 winners Mother Earth and Tiger Tanaka in addition to the exciting Philomene. 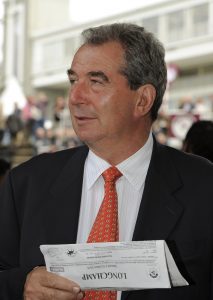 Stardevote looked to have stolen the race when kicking clear in the straight. However, the pack, headed by Mother Earth, were closing in; the Newmarket Guineas winner had just overhauled the leader and looked set for victory when Coeursamba burst through on the inside, her finishing kick propelling her a length clear. Fellow outsider Kennella also finished well to take third.

In what was a messy finish, a stewards’ enquiry was called but the placings remained unaltered.

“It’s not usual to win a Group 1 at 66/1,” Rouget, celebrating his fifth win in the race, told Sky Sports Racing. “It’s always a pleasure to win a Group 1, it’s never easy and the race was very open.

“My filly showed very good things last year the top level but didn’t win a Group race. She had a good rest at the stud over the winter and we gave her a very smooth first race in a Class 1, the Prix du Louvre. She progressed a lot from her first run and today, she was on top form, had a good draw and did the double acceleration that I like to see in Group 1 horses. When I saddled her today, I could see that she had grown.”

Rouget indicated that Couersamba will remain at around mile with the Coronation Stakes at Royal Ascot and Prix Jean Prat under consideration.

Couersamba becomes the first Group 1 winner from only 16 foals of racing age in the northern hemisphere by the ill-fated Prix Morny hero The Wow Signal. The son of Starspangledbanner was beleaguered by fertility problems during his two seasons at Haras de Bouquetot in France and succumbed to laminitis at the age of six in March 2018.

Couersamba was bred by Mlle J Mestrallet, Mme F Mestrallet and Mme A Cousin Mestralle out of the Anabaa mare Marechale, also dam of the Listed-placed Lady Sidney. She was bought by MAB Agency for just €24,000  as a foal at the Arqana December Sale and resold the following year to Rouget for €40,000 at V2 of the Arqana August Sale.

Earlier on the card, three-year-old Ideal Beauty claimed the scalp of some hardy, older sprinters with a victory for Andre Fabre in the Group 3 Prix de Saint-Georges.

Previously third to Royal Ascot hopeful Suesa in last month’s Group 3 Prix Sigy, the Godolphin homebred burst through a gap two off the rail under Mickael Barzalona to run down the favourite Berneuil and win by three-quarters of a length. The 2019 winner Sestilio Jet ran another fine race to finish a further length-and-quarter away in third.

The 132nd stakes winner for Invincible Spirit, Ideal Beauty is the second foal out of Discernable, a winning sister to Grade 2 winner True Quality from the further family of the Oaks heroine and influential mare Lupe. 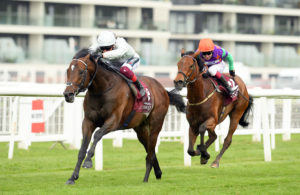 Up Next
Palace Pier rules supreme in Lockinge