Jonjo O’Neill and his team at Jackdaws Castle have announced the retirement of stable stalwart Holywell, who ran his last race at Aintree last week.

The ten-year-old won seven of his 32 starts during his racing career, earning over £300,000 for his connections in the process.

Of those seven wins the son of Gold Well triumphed at two consecutive Cheltenham Festivals between 2013 and 2014.

The first of those came in the Pertemps Hurdle under one of his regular riders Richie McLernon, with the second coming in the Grade 3 Handicap Chase on day one when shouldering 11st 6lbs.

A statement on the trainer’s website, said: “When we purchased Holywell at the Cheltenham November Sale in 2011, for £70,000, little did we know what a star he would turn out to be.

“He started off by finishing 3rd in a Novice Hurdle at Plumpton and then won his second start in a Maiden Hurdle at Chepstow and then on his final start that spring, he was second – beaten 10 lengths off a rating of 119.

“It has been an honour to train such a top class horse, who has given his owners Gay, Derrick and Paul Smith so much fun over the years and he’s being retired in great health.

“We know he will have a long and lovely retirement with Richie McLernon’s family in Ireland.”

Arguably his finest performance however came at the Aintree in the 2014 renewal of the Grade 1 Mildmay Novices’ Chase.

That day he beat none other than 2015 Gold Cup winner Don Cossack by ten lengths in the hands of 20-time champion jockey Sir Anthony McCoy.

Since that win, he would only notch another at Kelso in February 2015. His six runs this term were lacklustre by his standards and he was pulled up at both Aintree and Cheltenham this time around. 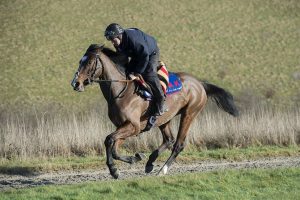