Depth of quality on offer at Tattersalls next week

A spring sales season of upheaval and trepidation finally assumes a semblance of normality next week with the Tattersalls July Sale, which assumes its usual early July slot in Newmarket.

Set for July 9-10, the sale will run for the first time in recent memory as continuous sessions from 10am daily, with the usual breaks for racing made redundant by a July meeting that is destined to be run behind closed doors. Racing’s enforced Covid-19 break has also impacted the catalogue, which at 572 lots is 37% smaller than last year. With many owners also likely keen to test their horses before committing to a sale, the likelihood is that the catalogue will drop even further as entries are switched to Tattersalls’ new August Sale.

What hasn’t changed, however, is the depth of quality within the ever popular Godolphin draft. Recent forays into the consignment could have bought you the likes of talented sprinter Sceptical, one of the feel good stories of the season who changed hands for £2,800 to James McAuley last August and is now rated 116 for Denis Hogan, and his Listed-winning stablemate Make A Challenge, who cost £6,500.

Meanwhile, an outlay of €8,000 from Rosemont Stud at Goffs in November 2018 saw the Australian nursery take possession of Sayyedati Symphony when her talented daughter, Group 2 winner Mehdaayih, was still a two-year-old. And while Elizabeth Way wasn’t exactly cheap when bought by John McCormack for €58,000 out of last year’s Goffs November Sale, the Frankel filly is now a prized commodity thanks to a pair of wins at Grade 2 and 3 level in North America.

So, what can we expect from this year’s draft? With a group of 44 fillies and mares, many of them from deep, live families and several with covers to some of Darley’s most popular stallions, it’s safe to assume that opportunities at all levels of the market will once again abound. Below is a look at some of those on offer while more information can be found on the Godolphin website, www.godolphin.com/horses/for-sale/europe

Access to deep and internationally renowned families dovetails neatly with the enticing prospect of buying into a line that could be on the cusp of receiving a major update.

For instance, there could well be a Group 1 update coming the way of Lot 254, Execlusive, who is a two-year-old winning half-sister to the dam of recent German 2,000 Guineas winner Fearless King. As it is, the daughter of Kodiac – who is in foal to Harry Angel – is also a half-sister to two stakes winners, including Group 2 scorer Porsenna.

Harry Angel is also the covering sire of the Listed-winning two-year-old Go Angellica (260), whose half-sister Bredenbury has won the Lady Shipman Stakes since the publication of the catalogue, and Hinting (384), a Nathaniel half-sister to Grade 2 winner Criticism from an excellent Gerald Leigh family. 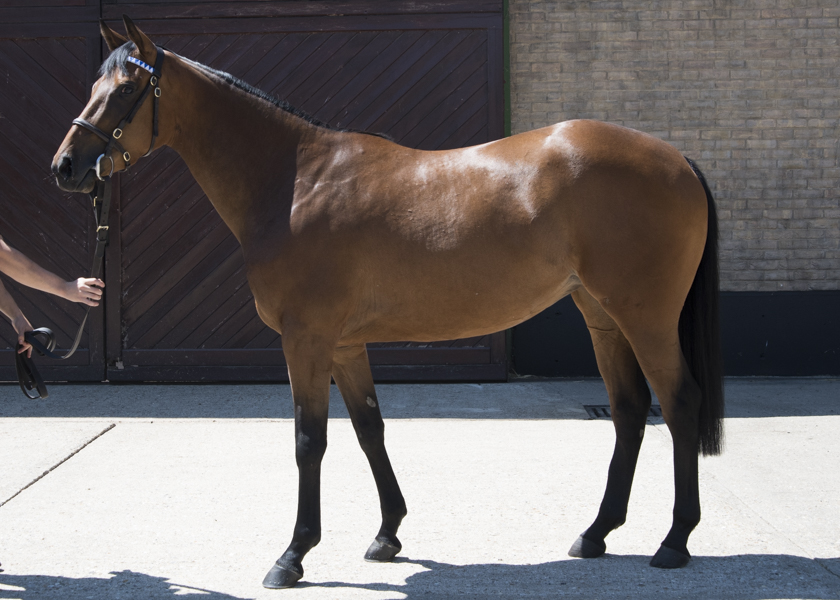 Execlusive: is offered in foal to Harry Angel  – Photo: Godolphin

Eternal Sunset (268), meanwhile, is a granddaughter of the increasingly influential Louvain, a Grade 3 winner herself who is the dam of champion Flotilla and granddam of current leading Irish three-year-old Crossfirehurricane. Recent Sir Cat Stakes winner Jack And Noah also sits among the family.

Anna Sophia (385) is a Sea The Stars daughter of the Classic-placed Anna Salai and therefore a member of the famous Anna Paola family while Lady Blakeney (400) is a Shamardal half-sister to UAE 2,000 Guineas winner Gold Town and related to those top fillies Dank and Sulk. Kerrykeel (267) also boasts Group 1 connections as a Teofilo granddaughter of dual Classic heroine Kazzia.

It is also worth noting that several of these fillies are out of mares with excellent covers for 2020, notably Falling Mist (269; an Invincible Spirit relation to leading Australian sire Pierro), Virtuous Lady (273; a Dubawi relation to champion Goldamix) and Charming Rose (401; a Kingman half-sister to Listed winner Scentasia), whose dams were among Dubawi’s book this spring.

Of course, much of the appeal within this draft lies in the fact that many of these mares come with popular covers.

One particularly eye-catching package is Tunkwa (256), who is not only a Listed-winning mare from a fine French family but also the only lot catalogued in foal to Golden Horn.

New Approach is also the covering sire of Anna Sophia (385) – as a daughter of Sea The Stars, the resulting foal will be inbred to Urban Sea, the same pattern that features in Masar’s background – while the winning Shafaani (389) is the sole mare catalogued in foal to Blue Point. 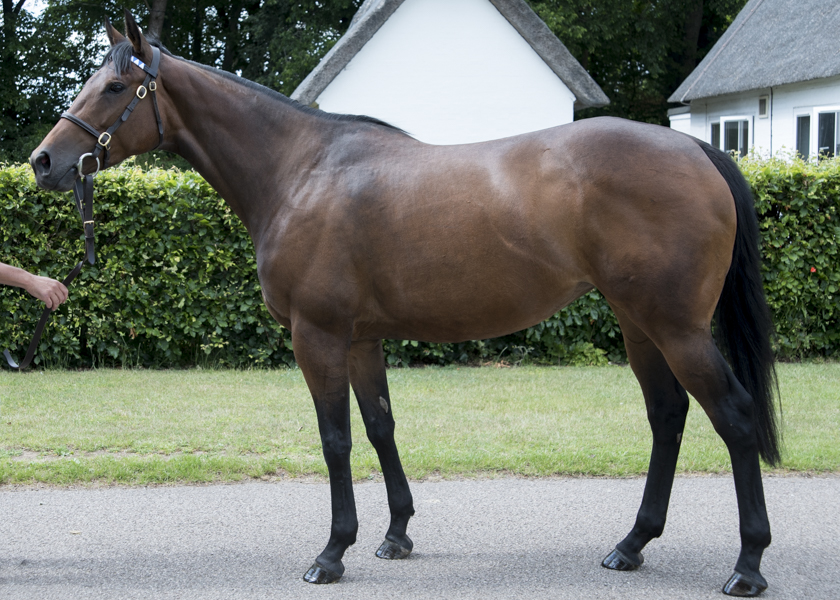 There is also only one entry catalogued in foal to sire sensation Night Of Thunder in the Sea The Stars mare Astonished (390), a winning relation to the recent Grade 2 Nassau Stakes winner Elizabeth Way.

Under normal circumstances international interest would be a core element of this sale, not just from foreign buyers looking to bolster their racing stables at home but those breeders searching for something a little different – or perhaps familiar.

As an example, back in late January when the idea of Covid-19 seemed just a bad nightmare, Godolphin’s Tattersalls February draft piqued the attention of Australian interests, which paid 62,000gns through Howson & Houldsworth for the Dubawi filly Memphis.

Who knows what kind of international interest we’re looking at in this strange year but should the acquisition of Australian blood be on the mind of investors, then they have the choice of several entries. 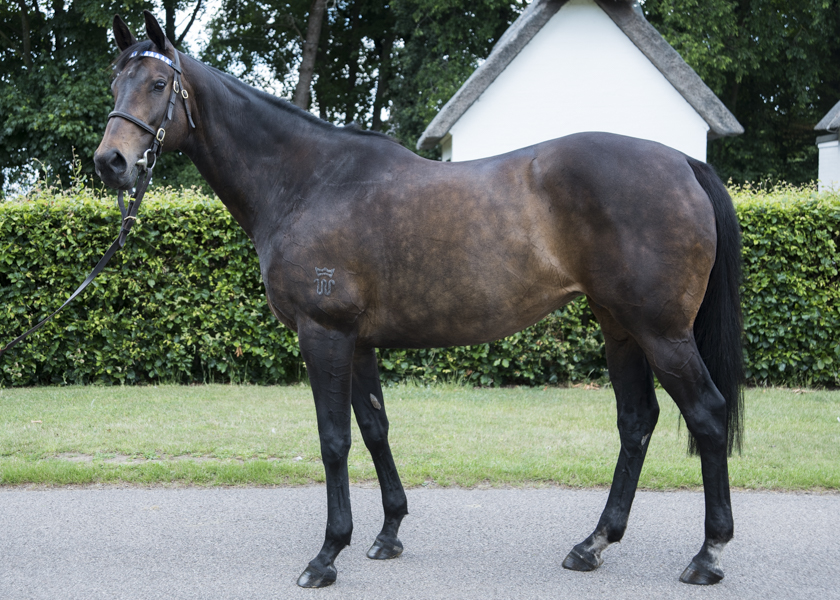 Divorces: the Australian mare is offered in foal to Profitable– Photo: Godolphin

First up is Divorces (253), a Group 3 winner who was absorbed into Godolphin upon the purchase of Bob Ingham’s Woodlands Stud. The daughter of Domesday was an early pointer towards the worth of that transaction, running third in the Group 1 Moet & Chandon Champagne Stakes as a two-year-old before breaking through at stakes level at three with a win in the Group 3 1,000 Guineas Tranquil Star Prelude. From a fine Australian family, Divorces’ first foal to race, Imperial Past, was a winner for Charlie Appleby and she is in foal to Profitable.

Rainbow Falls (404), meanwhile, is a Dubawi daughter out of the Australian Group 3 winner Colour.

Colour has produced a pair of smart sorts across both hemispheres in the stakes-placed Chamarel and Dathanna. Not shown on the page, however, is her Frankel daughter Dream In Colour, whose first foal, a colt by Exceed And Excel, made A$1.1 million to Tom Magnier at this year’s Magic Millions Gold Coast Yearling Sale. 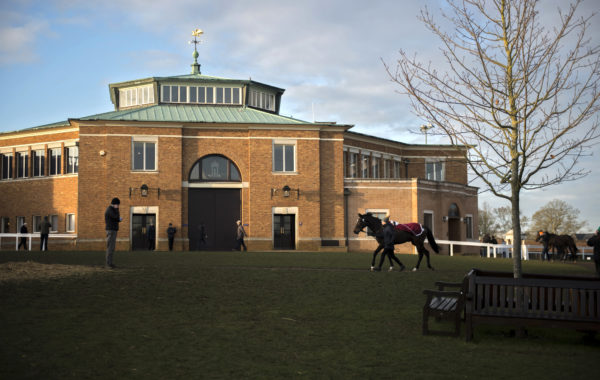 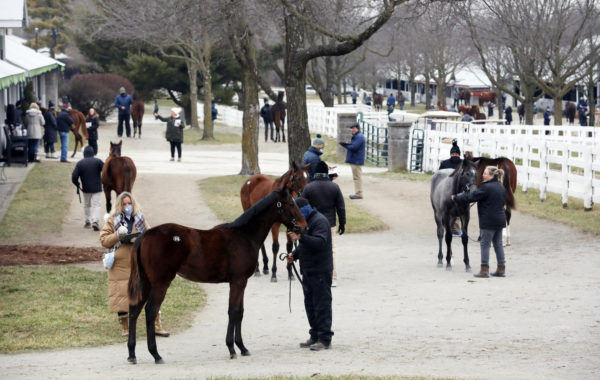 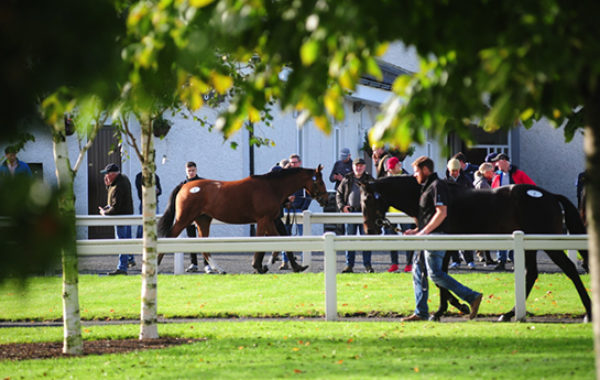 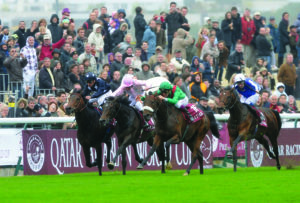 Up Next
Zarkava’s daughter impresses on debut