Taylor Made return to Tattersalls
News

A selective market underpinned by strong demand for quality offerings was once again the theme at this year’s Tattersalls December Foal Sale, which concluded its four-day run in Newmarket on Saturday evening.

Trade failed to keep pace with last year’s renewal, although it must be remembered that figures from the 2018 edition benefitted from the dissolution of the partnership between Saleh Al Homaizi and Imad Al Sagar, which yielded the 1,700,000gns sale-topping Galileo sister to Decorated Knight.

Vendors faced a particularly tough trade on Saturday when only 58 per cent of lots were listed as changing hands. It was a stark illustration of the selective nature of the market, which has become increasingly unforgiving to those horses deemed uncommercial.

Having said that, anyone who brought a commercial product to auction got well paid.

“We have a lot of loyal clients who come back and look at our foals,” said Ed Harper, whose Whitsbury Manor Stud turned over 930,200gns worth of stock led by a 135,000gns son of Showcasing. “And there is nothing I like more than when they go on to make money as yearlings.

“We’re only taking home one from a draft of 20 so for us it’s been a successful sale. What I did find was that there were a lot of people trying to buy in the 60,000gns – 90,000gns bracket and it meant that quite a few in that range then nudged over into 100,000gns to save being underbidder.”

They don’t come much better bred than Tweenhills Farm and Stud’s Frankel colt out of Classic winner Simple Verse and he duly went on head trade on a bid of 600,000gns to Kentucky breeder John Gunther.

It emerged that in outbidding pinhookers Philipp Stauffenberg and Eugene Daly, Gunther had actually been acting on behalf of the colt’s co-breeder Sheikh Fahad. 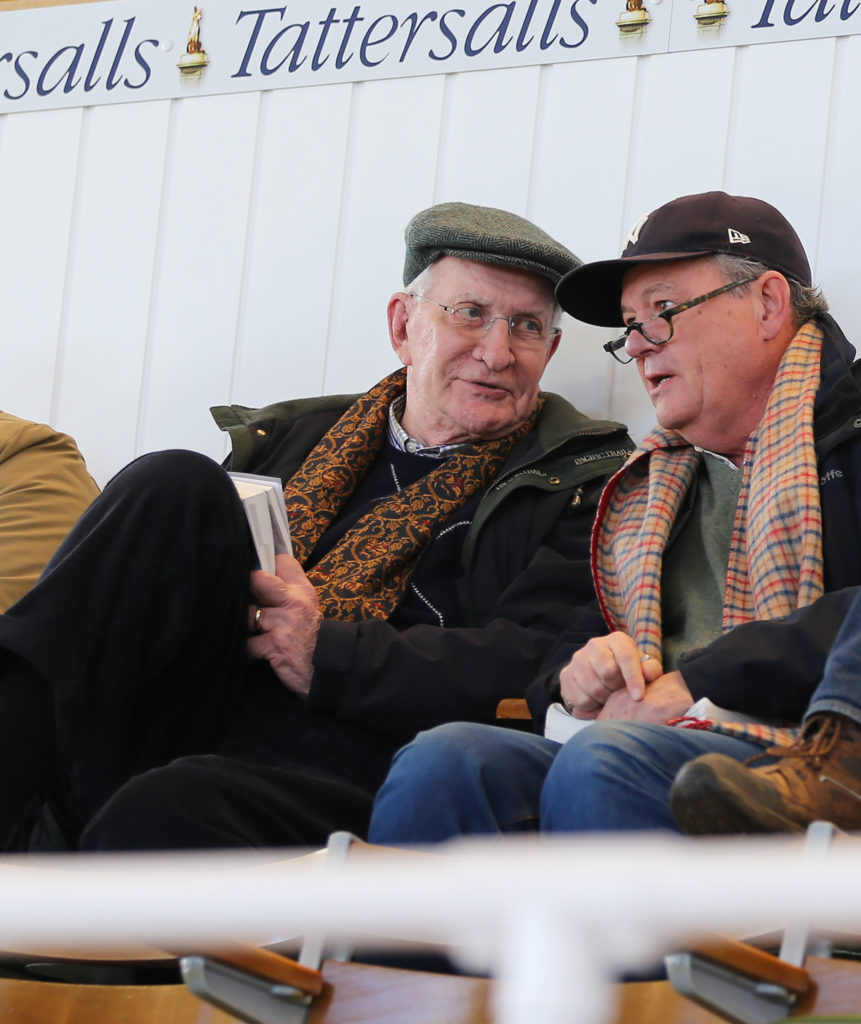 “Sheikh Fahad, his brother Sheikh Suhaim and associate Mohammed Al Kubaisi owned Simple Verse as a racehorse in partnership and initially the other two wanted to sell after she finished racing,” explained David Redvers.

“Sheikh Fahad persuaded them to stay involved, but with the agreement to sell all of her progeny as foals.

“The Sheikh did see this colt in the summer, but only got here this evening when he saw him again and then finalised his decision to buy his partners out. You will next see this horse in Qatar Racing’s silks.”

The colt is the first foal out of Simple Verse, who carried the colours of Qatar Racing, Sheikh Suhaim Al Thani and Mohammed Al Kubaisi to win the St Leger and QIPCO British Champions Fillies & Mares Stakes.

Redvers added: “Simple Verse is in foal to Roaring Lion and looks amazing. She was our first domestic Classic winner and won on Champions Day, which was a wonderful thing for the family. She’s a very special mare.”

With the sales of fillies out of Bella Nouf and Sivoliere for 350,000gns and 360,000gns also in the books, Frankel was able to end the sale as leading sire by average with a figure of 436,667gns for three sold.

American investment, which had been such a driving force at the Tattersalls October Sale, was once again in evidence via the Florida-based Woodford Thoroughbreds. Acting with agent Lincoln Collins, John and Susan Sykes’ operation came away with 1,390,000gns worth of stock to end the sale as second leading buyer behind Peter and Ross Doyle (the purchasers of 22 foals worth 1,415,000gns).

Woodford Thoroughbreds’ new quintet included the sale’s top two fillies led by a daughter of Invincible Spirit out of Liscune purchased for 440,000gns.

The King’s Best mare Liscune has been a regular name at this sale for several years, with her progeny realising a total of 1,815,000gns since 2008 for breeder Bernard Cooke of Bryanstown House Stud.

Buyers have been exposed to several smart sorts out of the mare along the way, notably Sceptre Stakes winner Music Box, who blossomed from a 90,000gns foal into a 700,000gns yearling for Camas Park Stud, and Listed winner Ektihaam.

“The foals will go to Mount Coote from here but could be sold back here or in the US,” said Collins. “John is very keen to look at international diversification.” 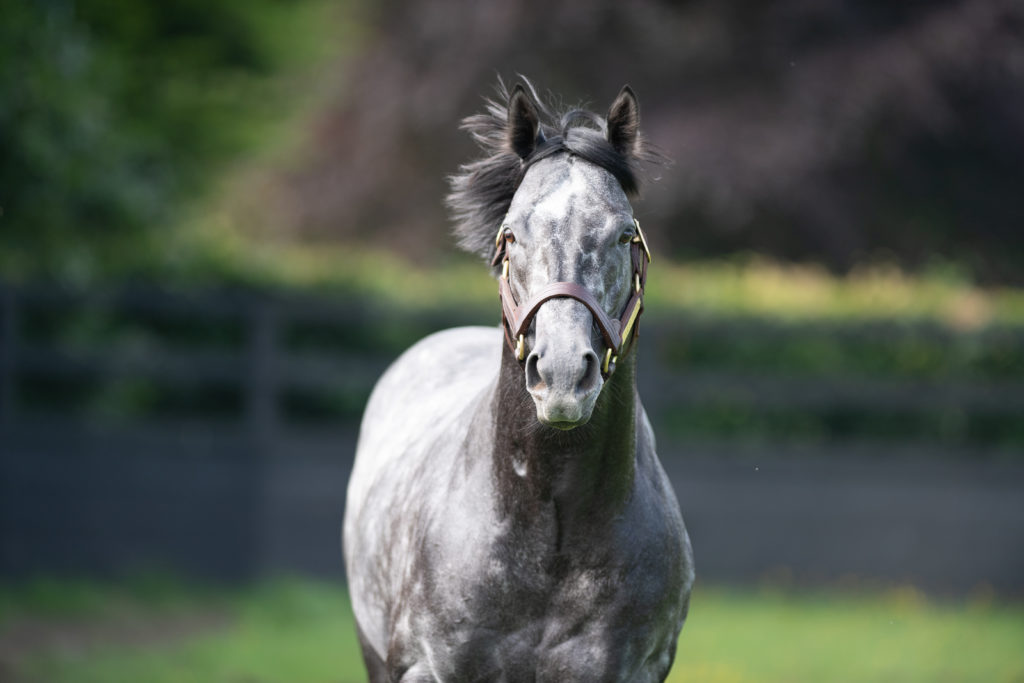 Caravaggio was popular with buyers at Tattersalls this week – Photo: Coolmore

On the Liscune filly, he added: “With all of them, the plans are fluid, but with the fillies there are more options. With a pedigree such as this there are broodmare considerations, and she has a pedigree that you would want for your broodmares.”

Collins also struck at 400,000gns for a Sea The Stars filly from Castletown Stud out of the Adlerflug mare Amazone. Bred by Dr Klaus Schulte, she is a half-sister to two Listed-placed horses – Apadana and Ancona – and is closely related to recent Criterium Internationalwinner Alson.

While Frankel led the way among the sires overall, there was also a bold showing within the first-crop division from Coolmore’s Caravaggio, who returned an average of 101,421gns for 19 sold. Studmate Churchill followed not far behind on a figure of 99,556gns ahead of Haras d’Etreham’s Almanzor, who was well received as an average of 99,000gns attests.

Norelands Stud led the consignor standings as the vendor of 1,936,500gns worth of stock ahead of Tweenhills Farm and Stud, whose draft turned over 1,854,300gns.

At the conclusion of the foal sale, Tattersalls Chairman Edmond Mahony commented: “A sale average of almost 45,000gns, second only to last year’s wide margin record, combined with an improved clearance rate and turnover well in excess of any other European foal sale, are all positive indicators, yet again reinforcing the status of the Tattersalls December Foal Sale as the premier fixture of its kind in Europe.

“Demand for quality British, Irish, French and German foals has been unrelenting, and while we should continue to recognise the selective nature of the current market, we have had more than 70 foals selling for 100,000gns or more this week, as well as an impressive 14 foals breaking the 300,000gns mark and international buyers making a significant impact at all levels of the market.

“Following on from their prolific buying at Books 1 and 2 of our October Yearling Sales, it was particularly encouraging to see American buyers continuing to make their presence felt alongside buyers from throughout Europe, the Gulf region and Japan, all of whom have also made a major contribution to this week’s sale.” 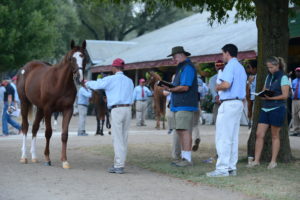 Up Next
Taylor Made return to Tattersalls