Irish Derby hero Latrobe adorns the front cover of the Goffs November Foal Sale and rightly so, as he was sourced by Mags O’Toole from Castletown Stud for €88,000 in 2015 as a pinhook prospect.

He went on to make 65,000gns at Book 1 of the Tattersalls October Yearling Sale in 2016 where his trainer Joseph O’Brien moved to secure him. The son of Camelot struck in this year’s Irish Derby and was narrowly denied in the Group 1 Mackinnon Stakes at Flemington on November 10.

Other graduates to emerge from this sale include Glorious Empire and La Pelosa, Grade 1 winners in North America this year.

With a bumper catalogue of foals on offer at this year’s auction, split into Part 1 and Part 2, here are five foals who it could pay to follow when they go through the ring.

Pride Of Dubai is one of a number of stallions with their first crop of foals going through the ring this year and the close relation to talented sires Invincible Spirit and Kodiac covered a bumper book of 158 mares in 2017.

This filly is one of that number and while her dam, the Duke Of Marmalade mare Duchess Diva, may have been unraced, she hails from a family that is resplendent in black type success. So much so that the third dam of her pedigree doesn’t even make the catalogue page.

Exciting young sire Zoustar made headlines last month when he supplied the first three home in the Group 1 Coolmore Stud Stakes in Australia, a result that boosts his profile ahead of standing at Tweenhills in 2019 at a fee of £25,000.

That achievement has also boosted this colt by Coolmore’s outstanding sire Galileo, who is a half-brother to the dual Group 1 winner. His dam, Zouzou, has also produced the Galileo filly At Last, who made her debut for Aidan O’Brien and the Coolmore partners in August, and a yearling colt by Galileo.

With Zoustar going from strength to strength, this colt represents an opportunity to buy into a line that could continue to deliver success over the next few years.

It was at the Tattersalls December Mares Sale in 2016, just months after Harzand had captured the Derby and Irish Derby, that MV Magnier went to two million guineas to secure his dam, a daughter of Xaar, from Newsells Park Stud.

At the time, she was carrying a filly by Invincible Spirit and it was no surprise that in the aftermath of his purchase, Magnier revealed the 16-year-old was set for a date with their superstar Galileo.

This filly is the result of that mating, making her a three-parts sister to Harzand and a half-sister to Hazarafa, the dam of Group 3 Derrinstown Stud Derby Trial Stakes scorer Hazapour. 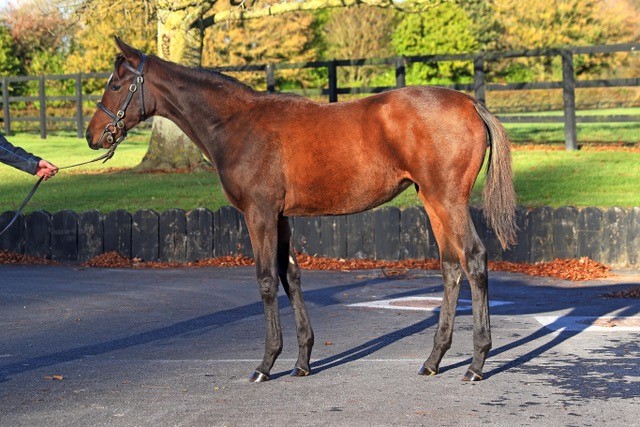 The Galileo filly out of the Group 1-producing Xaar mare Hazariya – Photo: Goffs/Castlebridge

Queen Of Bermuda continued her rapid progression this season when taking the Group 3 Firth of Clyde Stakes at Ayr in impressive fashion. After that run, she was pitched into the Group 1 Cheveley Park Stakes, where she was beaten three lengths by Fairyland.

Her busy juvenile campaign also took in a second in the Group 2 Criterium de Maisons-Laffitte and fourth behind Bulletin in the Breeders’ Cup Juvenile Turf Sprint at the beginning of the month.

Iffraaj has had a strong year thanks to his son Jungle Cat and given the profile of Queen Of Bermuda, this colt, her half-brother, looks on paper to be another exciting type for the family. 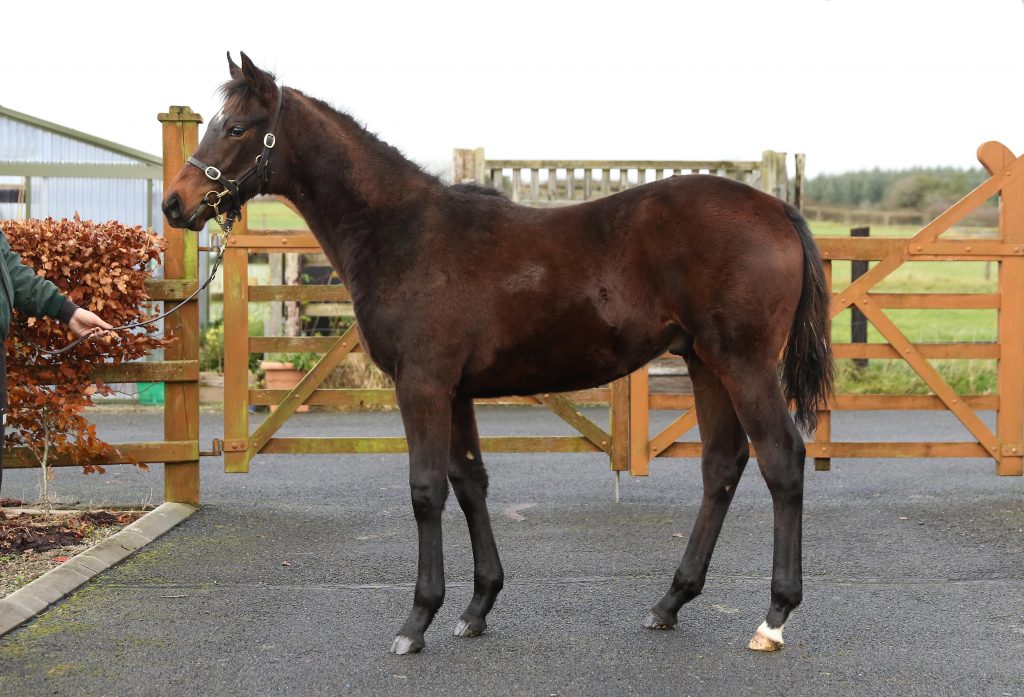 The Iffraaj half-brother to the progressive Queen Of Bermuda – Photo: Goffs/Esker Lodge Stud

Consigned by Newtown Stud, the property of Tourgar Bloodstock Ltd

Phoenix Of Spain came mightily close to snaring a Group 1 when second to Magna Grecia in the Vertem Futurity Trophy last month, having been an eye-catching winner of the Group 3 Tattersalls Acomb Stakes.

This half-brother to the son of Lope De Vega is by another stallion with first foals going under the hammer this year, Derrinstown Stud resident Awtaad. The son of Cape Cross roared to success in the Irish 2,000 Guineas and was fully booked for his first year at stud. 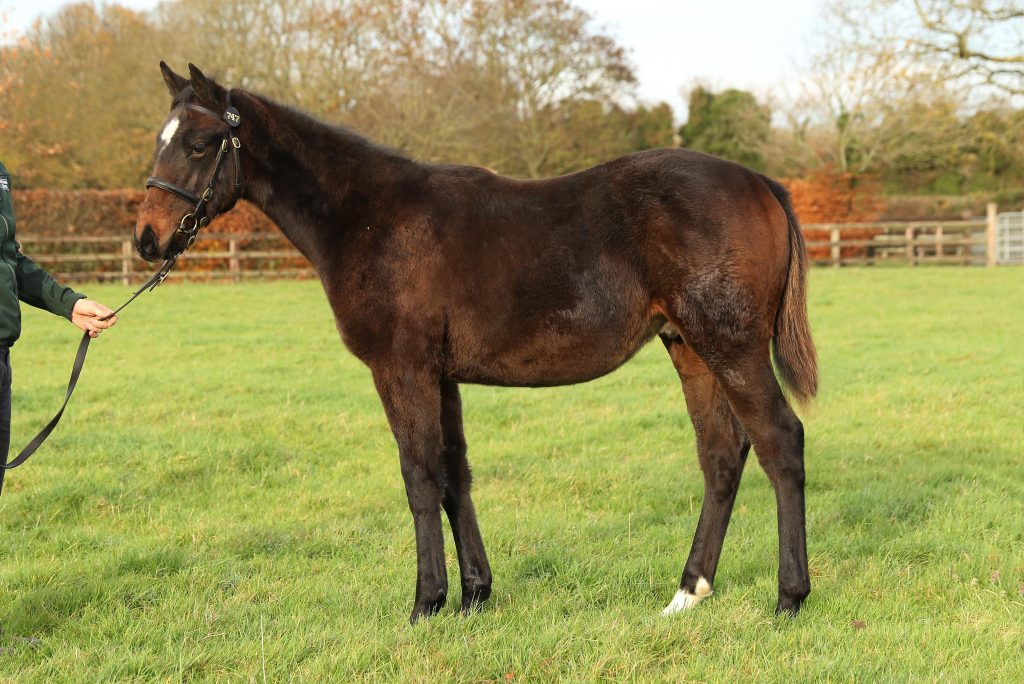 This Awtaad colt is a half-brother to the Group 1-placed Phoenix Of Spain – Photo: Goffs/Newtown Stud 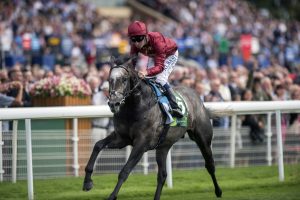