Faulks hoping to end season on a high

Top-class mare Roksana has taken owner-breeders Sarah and Nigel Faulks on a fantastic journey this National Hunt season. Now the pair are hoping to round off 2019 in style when homebred gelding Bandsman contests the Josh Gifford Novices’ Handicap Chase at Sandown on Saturday.

The eight-year-old was last seen finishing second in a two-mile handicap chase at Warwick in March. He stems from the Faulks’ purchase of his granddam Solazzi at Tattersalls in 1993 for the princely sum of 2,700 guineas.

Sarah Faulks said: “After Solazzi had run for us, we had her as a broodmare and she bred Bandsman’s mum [Soleil Sauvage], who is sadly no longer with us.

“We’ve always believed in that family. We’d like to finish the season in style, but you never can guarantee it, can you?”

Like Bandsman, the Faulks’ star mare Roksana is trained by Dan Skelton, who reached a landmark 200 jumps winners in Britain on Easter Sunday and became only the second trainer to do so alongside the legendary Martin Pipe.

Her run at Aintree showed a further improvement

While the seven-year-old is not the product of the Faulks’ broodmare band, it was Skelton who sourced the daughter of Dubai Destination for them.

Roksana has graduated through the ranks with Skelton and secured the biggest victory of her career at Cheltenham last month in the Grade 1 OLBG Mares’ Hurdle, in which hot favourite Benie Des Dieux fell at the final flight.

She followed up that success with a gutsy second behind If The Cap Fits in the Grade 1 Ryanair Stayers’ Hurdle at Aintree, when she went down narrowly by a head.

On Roksana’s future plans, Faulks explained: “She’s probably going to have one more season. I would have retired her to the paddocks, but my husband and Dan persuaded me.

“She’s still hopefully on the rise and her run at Aintree showed a further improvement. She’s still quite unexposed. 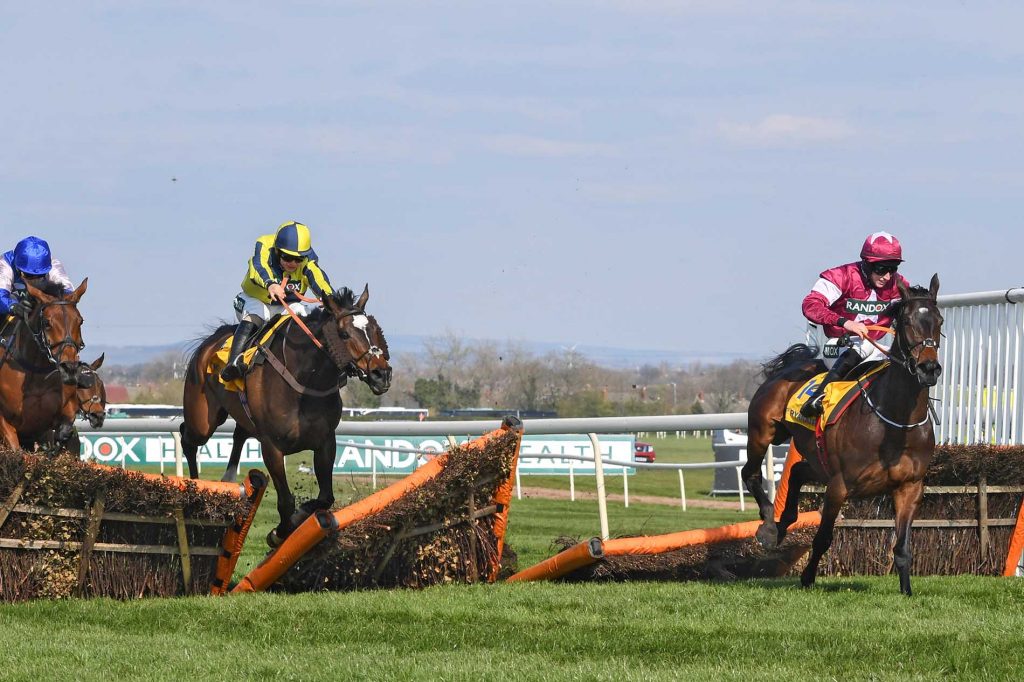 Roksana (far left) on her way to finishing second behind If The Cap Fits at Aintree – Photo: George Selwyn

“Everybody at Dan’s has done a brilliant job particularly with her but with all of our horses. I can’t speak highly enough of them; they’re a fantastic team with great spirit and there’s an absolute attention to detail.

“We’ve been delighted to be a part of it [Dan’s record season].”

Sarah and Nigel Faulks, who operate as Yeo Barton Bloodstock, have their breeding operation based in North Devon and Sarah explained how she and her husband came to the decision to breed racehorses.

She said: “I’ve ridden horses all my life. We always had two or three point-to-pointers that we trained ourselves and my husband has always been a farmer, so we thought we’d start breeding.

“We learnt along the way, slowly got better and better broodmares and realised we probably should be running them under rules rather than point-to-pointing them. It’s been a very long journey; it’s taken us time to get here but we’ve enjoyed it along the way.

“We’re very lucky to have some lovely horses. We have a fantastic team of girls – Frankie, Hayley and Aoife – who work here on the farm in North Devon. They’re the unsung heroes as they do all the prep with the horses and the unglamorous work in the winter.”

As with all owner-breeders, there is always one eye on the future and the Faulks’ have plenty of exciting stock to look forward to, including Roksana’s two-year-old half-sister by Glenview Stud resident Sholokhov.

Faulks added: “We’re also very much looking forward to seeing Solomon Grey go over fences next year as he’s a big horse and is made for a fence.

“One of our broodmares is La Bombonera, the dam of Irish Grand National winner Burrows Saint. We didn’t actually breed him as we bought the mare from Arqana when Burrows Saint was her foal and he was sold separately.

“We’ve got a Martaline filly, a half-sister to Burrows Saint who will be going to Goffs in Ireland.” 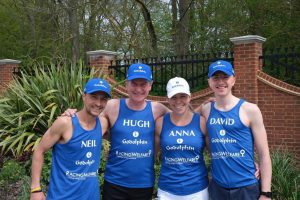 Up Next
Charity runners set for London Marathon