Fasig-Tipton combines yearling sales into one

Decision made due to the ongoing nature of the coronavirus pandemic

Fasig-Tipton has announced that it will combine its July, Saratoga and New York-bred Select sales into one selected yearling auction, the 2020 Selected Yearlings Showcase, which will be held September 9-10 in Kentucky.

The decision was reached due to the threat of the coronavirus in the US and the company intends to conduct the remainder of its auction, including the Midlantic Two-Year-Olds in Training Sale, as planned.

President Boyd Browning said: “We’re excited to offer our buyers and sellers a selected yearling venue in Kentucky. We envision this catalogue will include yearlings that would traditional fit our Saratoga Sale, as well as those that would fall in the upper echelons of our July and New York-bred yearling sales.

“This year has been difficult so far, and we’re all being forced to make decisions that we never envisioned having to make.

“We waited as long as possible to come to these determinations, conducting our due diligence to ensure that we make informed decisions that are in the best interests of our buyers and sellers.

“The two-year-old sales season needs to conclude before yearling sales begin which makes a traditional July Sale unfeasible. Our two Saratoga auctions are tied closely to the race meet. We desperately want to see a traditional Saratoga race meet as much as anyone.

“However, the details for the race meet – including whether spectators will be permitted – are understandably not finalised. We are at a point in time where we must provide our sellers with a definitive schedule so that they can make sales plans for their yearlings.

“We considered several different dates in August and early September for a Kentucky sale, but the September 9 and 10 dates make the most sense from a variety of perspectives.” 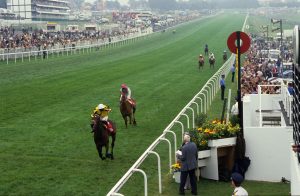