Fanshawe on The Tin Man, sourcing stock and syndicates

Fanshawe’s Fred Archer Syndicate, set up in 2013, has had a real flagbearer in three-time Group 1 winner The Tin Man

James Fanshawe may be known for his patient approach to training racehorses but reveals he’s planning to purchase some “sharper” types at this autumn’s yearling sales.

The Newmarket handler hopes that a slight shift in strategy will see some of his owners not having to wait so long for their horses to get their careers under way.

Fanshawe said: “The aim this year is to go and buy some sharper ones as people love getting on the racecourse. They buy a yearling, get excited and the novelty can soon wear off.”

That isn’t to say that Fanshawe will abandon his traditional training model, which has benefited the likes of The Tin Man and Archers Dream, both of whom race for the Fred Archer Syndicate.

Fanshawe explained: “You can get better value by buying a slightly more immature horse that will hopefully be nice as a three-year-old, rather than buying the instant, ready-made two-year-old.

“Archers Dream, who has won three races in a row including a Listed race, only cost 38,000 guineas. With everything in racing, you’ve got to have a bit of luck and so far we’ve had some with the Fred Archer syndicate.”

Set up in 2013 by Fanshawe and his wife Jacko, The Tin Man was in the very first batch of yearlings the pair sourced for the syndicate, named after the man who built Pegasus Stables in 1884.

Bought for 80,000gns at Book 1 of the Tattersalls October Yearling Sale, the son of Equiano was given Archer’s nickname and the equine namesake has become the flagbearer for the stable.

With three Group 1 victories and over £1 million in prize-money to his name, The Tin Man is gearing up for another tilt at the Haydock Sprint Cup on September 7, despite having had a “low key season” to date in Fanshawe’s opinion.

“He ran a nice first race at Windsor and that race was always a prep race for him,” said Fanshawe. “The form of that race turned out very well as the winner [Dream Of Dreams] was just touched off in the Diamond Jubilee Stakes.

“We were hoping to go for the Prix Maurice de Gheest with him as he was placed in it last year. I wanted to be sure in my mind that he was in top form before he went over there and that’s why he ran at Newbury. Obviously, he wasn’t [in top form] and he had a bit of a break after that. 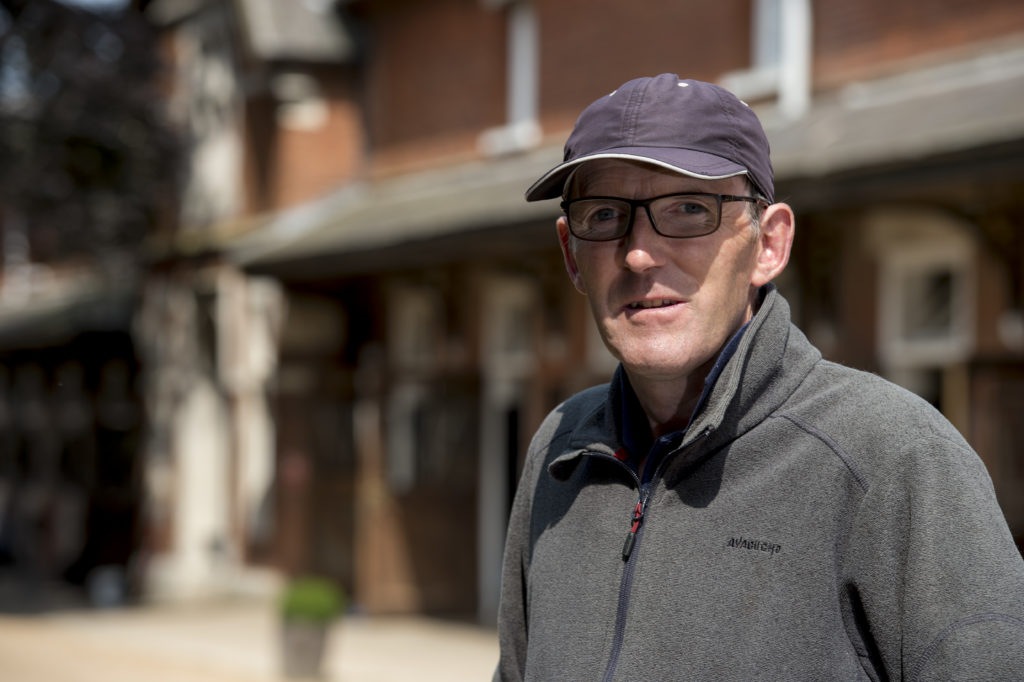 “He’s got a great record in the Haydock Sprint Cup having won it and been placed in it twice. We’re really giving it our best shot to get him there and even if he ran well in it that would be great.

“I’ve slightly lowered my expectations now because of it being a disappointing season for him so far – but hopefully we’ll be pleasantly surprised.”

With monthly breakfast events at Pegasus Stables and an annual dinner for those involved with the Fred Archer Syndicate, Fanshawe believes the approach they have taken with the operation is a lot more personal.

Fanshawe said: “From the patience point of view, the majority of people who are involved in Fred Archer know the way we train. The breakfasts and annual dinner always give us plenty of chances to discuss and talk things over.

“What we’ve found is that quite a few members of Fred Archer are owners who would have gone and bought a yearling on their own and are now spread over maybe two or three horses.”

Fanshawe has plenty of other promising types to look forward to, with his first horse for King Power Racing among his batch of two-year-olds.

Revealing how the association with the operation came about, Fanshawe said: “My brother Anthony, who manages the Guards Polo Club in Windsor, played polo with the late Vichai Srivaddhanaprabha and now plays with his son, Top.

“I set him in to bat on my behalf and he got me a very nice Camelot filly called Crown Power. She’s one for later on as she’s a tall filly, but has a nice pedigree being out of a Giant’s Causeway mare. It’s great to have King Power in the yard.”

As the Flat season continues to roll on, Fanshawe has been pleased with the recent run of form for his stable that has yielded five winners since the end of July.

“The horses have been running well all year except when he had a bit of a blip after Royal Ascot,” Fanshawe said. “Numerically we’re doing fine but we’re just missing out on a good horse this year.

“Hopefully there’ll be one just around the corner – or The Tin Man might be able to put things right.”

Up Next
Japan mourns loss of King Kamehameha