Winning the Grade 1 Unibet Champion Hurdle as a five-year-old is no mean feat and the Gavin Cromwell-trained Espoir D’Allen defied the bias against his age group to take the feature race on the first day of the 2019 Cheltenham Festival.

Katchit had been the last five-year-old to take the two-mile championship in 2008. Before that it was See You Then, the three-time winner who was five when winning his first Champion Hurdle in 1985.

The pre-race talk this year surrounded the clash between dual Champion Hurdle hero Buveur D’Air and the top-class mares, Apple’s Jade and Laurina. However, the battle never materialised, with Buveur D’Air falling at the third flight and the females failing to fire on the testing ground.

Mark Walsh waited patiently on Espoir D’Allen before producing him to perfection as the field entered the final stretch. The gelding was asked to pull clear and he did so in style. Surging clear up the famous Prestbury Park hill, he gave his owner JP McManus a third successive winner of the contest.

Cromwell, who turned to training after working as a farrier, admitted that the manner of Espoir D’Allen’s victory took him by surprise: “I had no idea he was going to do that,” the trainer said. “To do it so well is just unbelievable and it was a brilliant performance.

“It was just amazing to watch him put them under pressure one by one. I knew he’d stay very well, and I had no fear of him stopping.”

Walsh was enjoying his second winner at the Cheltenham Festival, having been successful on Bleu Berry in last year’s Grade 3 Coral Cup Handicap Hurdle, and added: “Everything went well for me on Espoir D’Allen.

“When Buveur D’Air fell at the third hurdle, I luckily avoided the fall and got a lovely run through the whole way.

“For a five-year-old to do that against what we thought was one of the best Champion Hurdles run in the past few years, he is a right little horse. It is unbelievable.”

Despite bringing over a smaller Festival team than usual, renowned handler Willie Mullins banked the first two winners on the opening day of the meeting thanks to Klassical Dream and Duc Des Genievres.

Klassical Dream got Mullins’ day off to a flyer when taking the Grade 1 Sky Bet Supreme Novice’s Hurdle in scintillating fashion. For Mullins, this was his sixth winner of the Grade 1 having scored with Tourist Attraction (1995), Ebaziyan (2007), Champagne Fever (2013), Vautour (2014) and Douvan (2015).

The forecast wet weather played to the strengths of Klassical Dream according to Mullins. “When I saw this rain coming today, we decided that he would run in this race. Once the soft came into the ground we thought it would be fine for him.

“It’s a very poignant victory for us. The late John Coleman, who owned the horse, had a lot of cheaper horses with me and then he retired and sold his business. He said to me, ‘Here’s a few quid, go and buy me a Cheltenham horse’. John’s family are here today which is fantastic.

“Klassical Dream was well within his cruising speed when travelling in the race and he looks a real one especially on this type of ground. We know going up in trip will not be a problem. 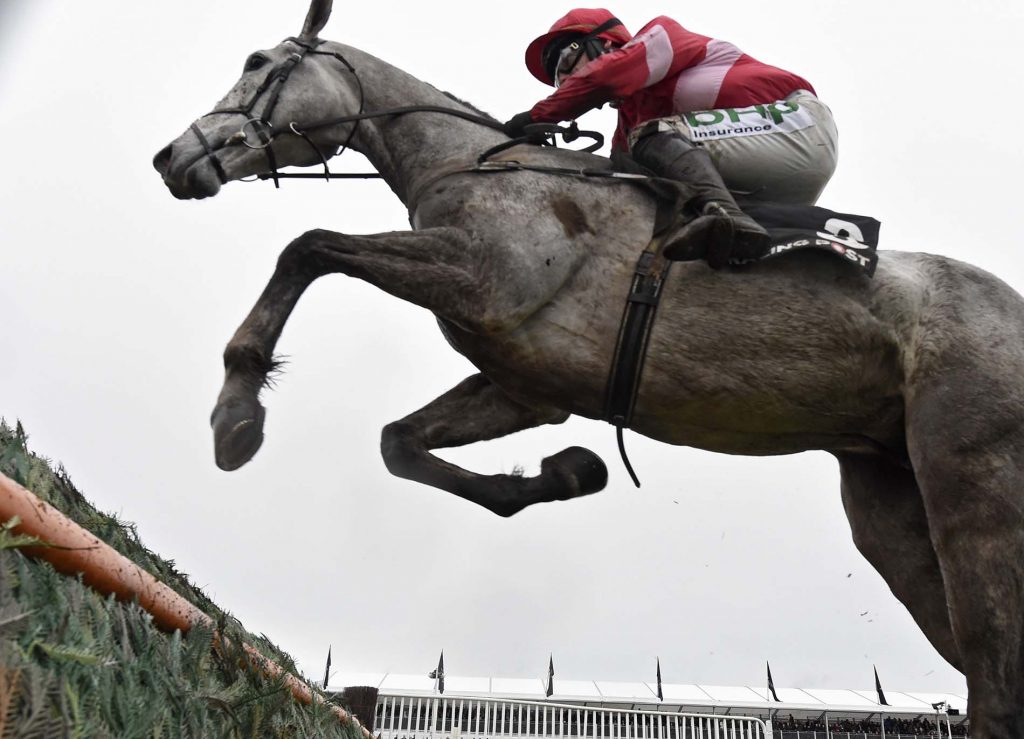 “He’s a very, very good horse. After his work at home, we came away thinking that he would take a lot of beating at Cheltenham no matter what he came up against.”

Mullins didn’t have to wait long for his second winner as Duc Des Genievres was an impressive 13-length winner of the Grade 1 Racing Post Arkle Novices’ Chase.

It was an eventful race early on, with the fancied Glen Forsa unseating Jonathan Burke at the fourth fence followed by Ornua falling at the sixth and badly hampering Kalashnikov, who unseated rider Jack Quinlan.

Cheltenham Festival winners are precious and Jerry McGrath ended a seven-year wait for another winning ride at the meeting on Tuesday aboard the Nicky Henderson-trained Beware The Bear in the Grade 3 Ultima Handicap.

McGrath had last been successful on Une Artiste in the Grade 3 Fred Winter Handicap Hurdle in 2012, who like Beware The Bear is trained by Henderson.

Jerry McGrath celebrates after guiding the Nicky Henderson-trained Beware The Bear to victory in the Ultima Handicap #CheltenhamFestival pic.twitter.com/HXVrIMr1HT

He said: “It’s very funny because before the race I had it in my head that I was going to do what I did on New Year’s Day – pop out, make the running and keep it simple.

“But Mr Henderson took the saddle off me and said to drop in, creep away and keep him wide. It is one of those that if he said to me this morning, I would have spent too much time thinking about it, but the fact he said it to me just before the race meant I just went out and did it.”

Rachael Blackmore has been in flying form this season and she enjoyed her first victory at the Cheltenham Festival when guiding the Henry de Bromhead-trained A Plus Tard to a comfortable success in the Close Brothers Novices’ Handicap Chase.

The triumph was also notable as being the first time that the famous colours of Cheveley Park Stud had tasted glory at the Festival, having previously run their National Hunt runners in the purple silks associated with Grand National hero Party Politics.

It was bloodstock agent Alex Elliott who sourced A Plus Tard and he revealed the story behind finding the five-year-old, who had previously beaten Tuesday’s Arkle winner in a novice chase at Naas in December.

He said: “I went over to France to buy a horse for a client and I said to that client, ‘This is a lot of money and I don’t think he’s good enough’.

“When I saw him, I knew he was good enough and I rang the client and said we had to buy him. I drove to Auteuil that afternoon and I bought him off Henri Devin’s parents.

It’s a first Cheltenham Festival winner for jockey Rachael Blackmore. She returns victorious on the Henry de Bromhead-trained A Plus Tard, who won the Close Brothers Novices’ Chase #CheltenhamFestival pic.twitter.com/iZicIMwfMd

“On the way back, the client rang and said that the deal isn’t going to happen. I didn’t want to let the Devin family down, so I came up with seeing if the Thompsons wanted him because they were buying a lot of horses at the time.

“Mr Thompson asked me how much he was and where were we going to send him, so I rang Henri and told him the deal was back on!

“Henri has done an amazing job with him and a lot of people didn’t want to buy him because he didn’t have his novice tag as a hurdler and was going chasing as a four-year-old.

“Theoretically he can only get better and it’s just fantastic for the Thompsons and the Richardsons – they’ve put an awful lot of money into the jumping game and have been rewarded with a first Cheltenham winner.”

Trainer Dan Skelton was back in the winner’s enclosure on Tuesday thanks to Roksana benefitting from Benie Des Dieux’s final flight fall to claim the Grade 1 OLBG Mares Hurdle. The Ben Pauling-trained Le Breuil saw off the challenge of Irish raider Discorama in the closing Grade 2 National Hunt Challenge Amateur Riders’ Novices’ Chase, a contest in which only four of the 18 runners completed.

Officials at Cheltenham were closely monitoring the weather situation for the second day of the Festival on Wednesday due to the threat of strong winds.

Having set a precautionary inspection for 8am on Wednesday, the course announced early on their Twitter feed on Wednesday morning that racing would go ahead following the strengths of the wind moderating in the forecast.

Simon Claisse, Clerk of the Course at Cheltenham and South West Head of Racing for The Jockey Club, said: “We’re delighted that the weather conditions have changed from the initial forecasts and the prospect of higher wind speeds and gusts have receded.

“We’re looking forward to a fantastic day’s racing on the Old Course with the feature race the £400,000 Grade 1 Betway Queen Mother Champion Chase.” 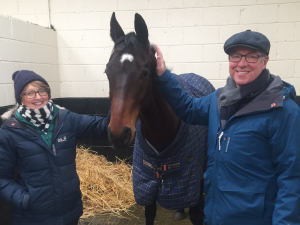 Up Next
Gold Cup dream alive for Shields