Nothing rash about this buy
News

Three more horses trained by Donald McCain have tested positive for equine influenza, taking the total number of cases in his Cheshire-based stable to six, the BHA confirmed on Friday.

One of the horses to test positive was Raise A Spark, who competed at Ayr on Wednesday, February 6, and his sample was taken the following day. The horse had shown no clinical symptoms on raceday.

Sent off at 4-1 in a four-runner novices’ chase, Raise A Spark, a nine-year-old gelding, finished a tailed-off last. The race was won by Irish challenger, Veinard, trained by Gordon Elliott.

In a statement, the BHA said: “It was in anticipation of this risk that the decision was taken by the BHA to restrict movement of horses on a precautionary basis at the yards of 120 other trainers who competed at these fixtures, and to suspend racing until Wednesday at the earliest. This action was taken to mitigate the impact of any of the runners which competed at these fixtures being found to be infected by the virus.

“We request that media respect that the priority of the yard in question now is to follow the necessary procedures to minimise the impact of this incident, and therefore not to contact the yard. Any queries on this matter should be directed to the BHA.

“The BHA would like to reiterate its thanks to the trainer for his cooperation and the responsible manner in which he has dealt with this issue.”

The BHA also stated that another “suspicious case” – which has not yet been confirmed as a positive sample – has been identified at another yard that had runners on the all-weather at Newcastle on Tuesday and Wolverhampton on Wednesday.

As a result, the BHA has taken the precautionary step of placing all 54 yards of trainers who also had runners at these fixtures on hold and has initiated testing of horses from these stables.

That has led to a total of 174 yards in Britain being placed in lockdown since the outbreak of equine influenza, which has seen the biggest shutdown of racing since the foot and mouth crisis of 2001.

With racing having been abandoned on Thursday following the first discovery of the outbreak late on Wednesday evening, the BHA announced that racing would not resume at the earliest until Wednesday, February 13.

The BHA added in its statement: “The BHA is working closely with the Animal Health Trust in order to manage the logistical challenge of providing sufficient swabs and handling the volume of tests being sent through the facility, considering that testing of a total of 174 yards is now taking place.

“It will not be possible to test every horse from every yard before the end of the weekend, but we will work with trainers to identify any priority or risk horses and ensure they are tested.

“This will form part of the pictured that is built in order to assist the decisions that will be made on Monday.” 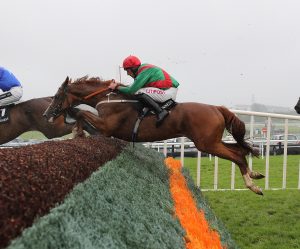 Up Next
Nothing rash about this buy