It was plain sailing for Enbihaar in her quest to record back-to-back wins in the Group 2 Lillie Langtry Stakes at Goodwood on Saturday as the strapping Redoute’s Choice filly breezed to a three-and-a-half length success.

In victory, the John Gosden-trained Enbihaar became only the third filly or mare to land the 1m6f event twice after Tartouche and Wild Coco. It also extended a memorable Qatar Goodwood Festival for owner Sheikh Hamdan following the successes of Mohaather and Battaash in the Sussex and King George Stakes earlier in the week.

Although a Group 2 race, the Lillie Langtry Stakes attracted a disappointing turnout of four declarations, which was whittled down further with the withdrawal of Manuela De Vega. As a result, Enbihaar was sent off as the prohibitive 1/2 favourite over her remaining opponents and there was barely a moment of doubt, with jockey Jim Crowley only having to keep his partner up to her work to repel the staying-on Cabaletta and weakening pacesetter Snow.

“Enbihaar has run really well and is such a lovely horse,” said Thady Gosden, assistant trainer to his father John. “It was only a three-runner field, but she has that lovely long stride and she picked up well in the straight.

“Jim wasn’t too hard on her and she went round there nicely today.” 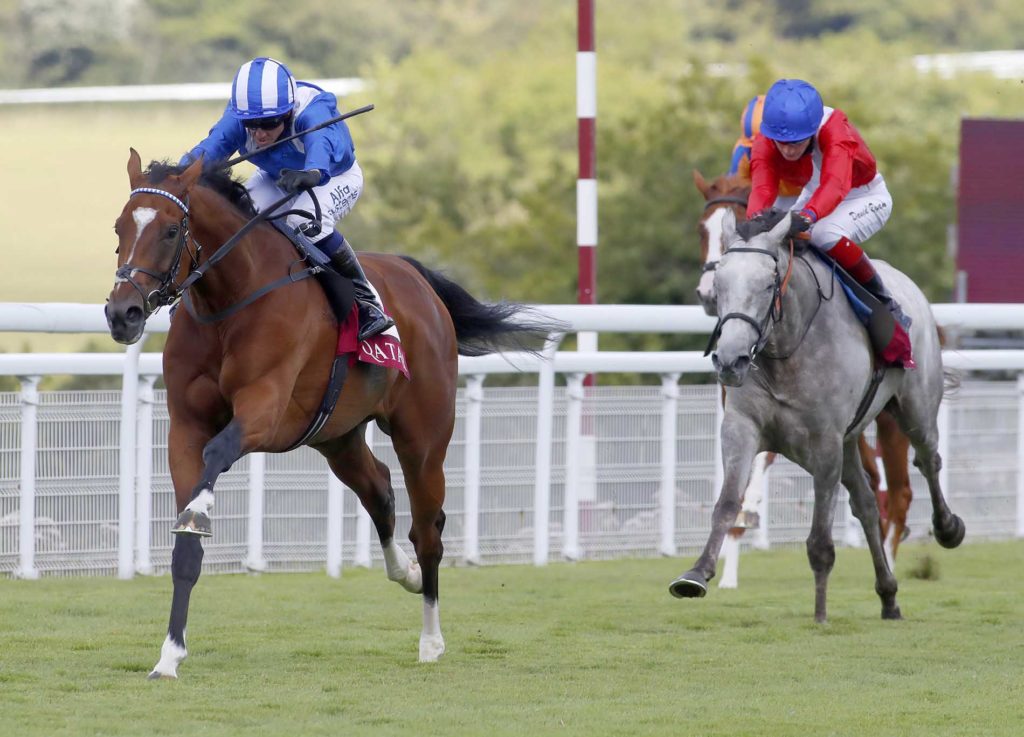 Jim Crowley added: “Enbihaar is a big galloping mare. There were only three of us; she always jumps a bit slowly and I just had to sit on Ryan’s girth [on Snow] to keep him honest the whole way, because this mare certainly wouldn’t want a sprint. She did it nicely in the end.

“Obviously, last year she went for the 1m6f fillies Group 1 in France [Qatar Prix de Royallieu, finished 3rd], but it came up very heavy on Arc weekend. That could always be a possible race for her. She stays very well; whether connections think they could step her up to two miles, I don’t know yet.

“It has been a great week. I have had some lovely rides. I thought I would probably have a few more, but that is being greedy. Three of my favourite horses went and won, which was nice [Mohaather, Battaash and Enbihaar].”

Bred in Ireland by Haras du Mezeray, Enbihaar was purchased by Shadwell France for €500,000 as an Arqana August yearling and hails from the second French-conceived crop of champion Australian sire Redoute’s Choice. The outstanding son of Danehill is responsible for 115 Group winners overall, of which six were foaled in Europe.

Top weight no barrier for Summerghand

Summerghand, making his 42nd start for David O’Meara, put a disappointing run behind him last time out to defy top weight in the Stewards’ Cup.

Shouldering 9st 10lb under Danny Tudhope, the Lope De Vega gelding finished strongly down the centre of the field to come out on top in a blanket finish and deny Kimifive by a head. Brian The Snail was another length away in third.

“It is nice for Summerghand to get his head in front,” said Tudhope. “He won a small-runner race at Pontefract a few weeks ago – he was entitled to win that – but it is nice to come here and win a big handicap with him. He has always looked like he could win a nice race like this, but he is a bit tricky. 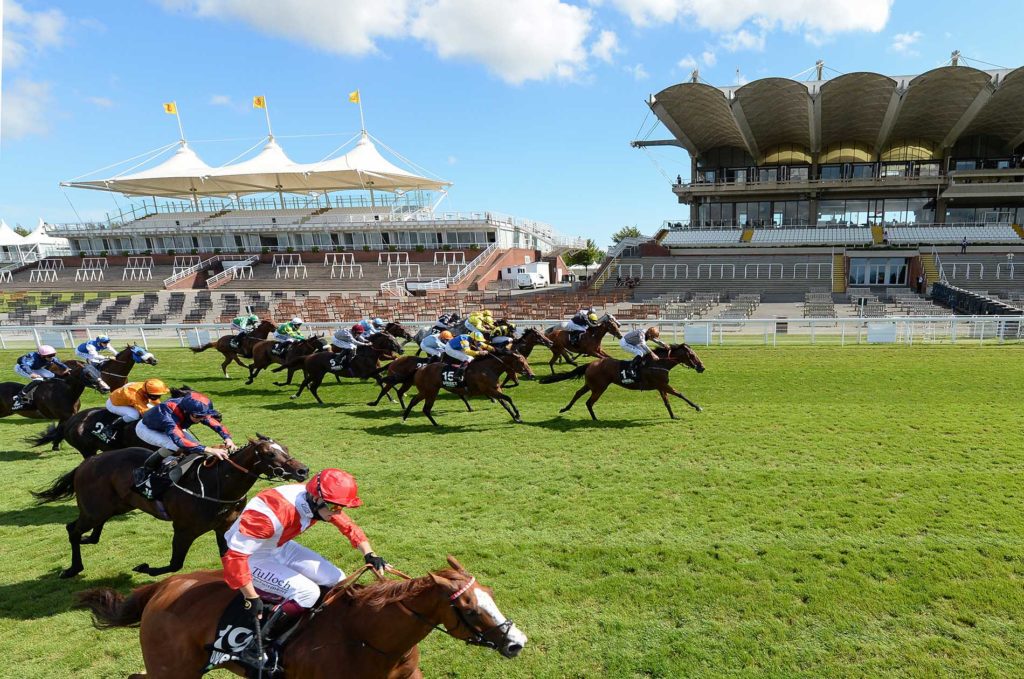 Summerghand (far side) holds off Kimifive (near side) to win the Stewards’ Cup. Photo: Edward Whitaker/Racing Post

“He was very unlucky at Royal Ascot [when second in the Wokingham], but it shows how good he is – to come here to another big handicap, and finally the result went his way. I was not sure I had won – I had to look across at the line – but it was a great performance.

“I had a nice draw; there was lots of pace around me and, being drawn in the middle in amongst them, going into the race I was hoping to get a nice run through, and it all panned out right. I felt I had to go when I did, and the gaps came at the right time. He is usually probably one of the last horses off the bridle, and that is just him because he has that much talent, but he has got one burst of speed. I was a bit worried when I hit the front – I looked up and I was just inside the final furlong, which was probably soon enough for him to be in front, but we got there.

“He is just a little bit quirky; when he hits the front he would duck and dive a little bit, but that’s the only reason he has cheekpieces on. He is a very talented horse; David [O’Meara, trainer] is very good with these sprinters and freshening them up. They don’t do a lot at home – they get turned out in the paddocks most days when it’s nice – and he is good at freshening these sprinters up.

“It is very hard to come here and win races like this. I have been in this race a few times and never come close, I don’t think. David had a winner here yesterday, Prompting, but he only had 8st 4lb so I couldn’t ride him. It was great for David and the team and it is nice to come here myself today and ride him a winner.

“These competitive heritage handicaps are ideal for Summerghand, so I am sure there will be a few more down the line.”

Summerghand was winning for the tenth time for owner Hamad Rashed bin Ghedayer.

The European purple patch of the late Japanese sire sensation Deep Impact continued at Newmarket as his daughter Katara ran out the easy winner of the Listed Chalice Stakes.

Al Shaqab Racing’s homebred had been progressive in two starts this season for Sir Michael Stoute, notably when breaking her maiden by five lengths at Kempton Park last time out, and took another major step forward on this occasion with a four-length win over Expressionism.

Katara is the first foal out of the Group 2-placed Asyad, a New Approach half-sister to stakes winner Elle Shadow, El Comodin and Elle Gala. She is bred on a variation of the increasingly successful Deep Impact – Galileo cross and becomes the second European stakes winner this week for her sire after the Group 1 Nassau Stakes heroine Fancy Blue. 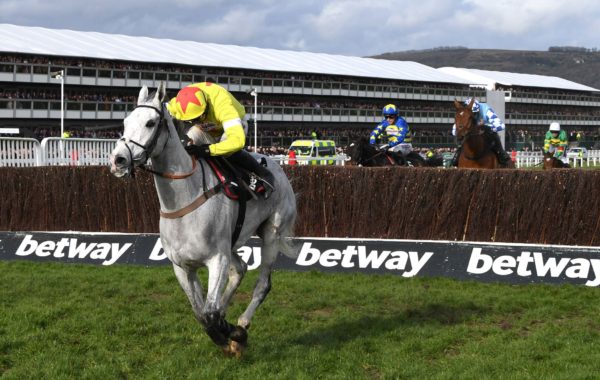 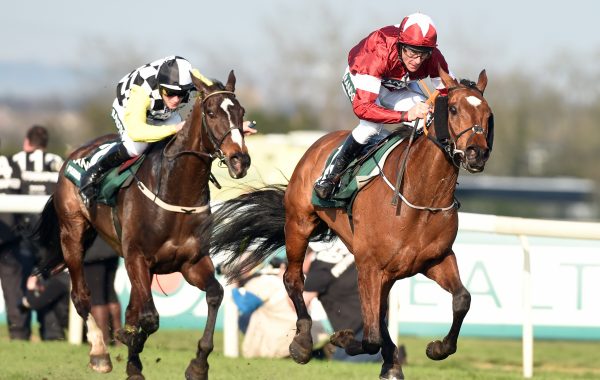 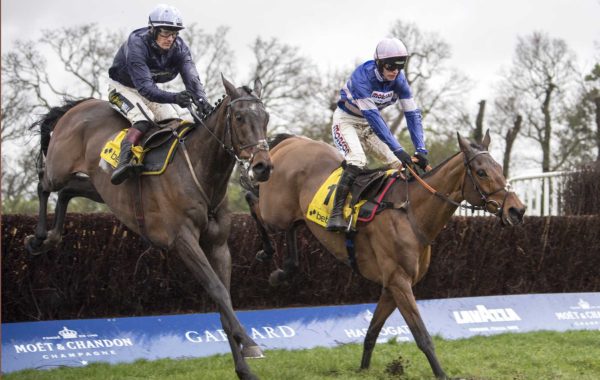 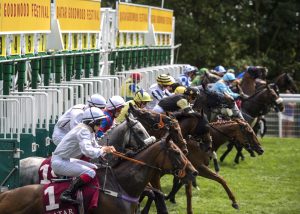 Up Next
Stewards’ Cup brings the curtain down