Dizzy at the double for feature-race success
News

Darley has suffered a blow ahead of the 2012 covering season with the death of promising young stallion Echo Of Light, who had to be put down after breaking his leg in his paddock at Kildangan Stud. 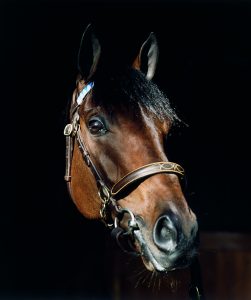 Echo Of Light has died at the age of ten

One of only two stallions sons of Dubai Millennium in Europe, whose own stud career was cut tragically short when he succumbed to Grass Sickness in 2001, Echo Of Light was bred by Pat O’Kelly’s Kilcarn Stud and hailed from the superb family of Marju and Salsabil. The statuesque bay fetched €1.2 million as a yearling at Goffs.

On the track he showed his best form at four and five, winning a total of five Group races, including back-to-back runnings of the Strensall Stakes at York, breaking the track’s nine-furlong record on the second occasion, and the Group 2 Prix Daniel Wildenstein at Longchamp.

Echo Of Light had his first two-year-old runners in 2011 and his winners include the Listed-placed Sound Advice, Counterpunch (one of his four Derby entrants), Electrician and Kinloch Castle. He retired to Dalham Hall Stud in 2008 to stand alongside his paternal half-brother Dubawi and moved to Kildangan Stud for his third season.

Sam Bullard, Darley’s Director of Stallions, said: “Only time will tell how much of a loss Echo Of Light will be as a stallion, but to us at Darley he was a powerful reminder of his awesome sire.” 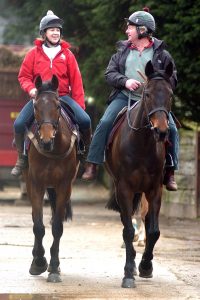 Up Next
Dizzy at the double for feature-race success