French champion juvenile Earthlight has been retired from racing and will stand under the Darley banner at Kildangan Stud next year.

The son of Shamardal swept through an outstanding juvenile campaign for Andre Fabre last year, winning each of his five starts including the Group 1 Prix Morny, in which he had the measure of Raffle Prize, Golden Horde and A’Ali, and Group 1 Middle Park Stakes, in which he again beat Golden Horde.

He also ran out the four-length winner of the Group 3 Prix de Cabourg at Deauville. 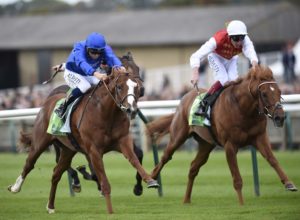 Earthlight returned at three to make a winning debut in the Listed Prix Kistena at Deauville before running a close fourth in the Group 1 Prix Maurice de Gheest. He later landed the Group 3 Prix du Pin at Longchamp and concluded his career by finishing second in the Group 1 Prix de la Foret on Arc day, beaten just a neck by One Master.

By the much-missed Shamardal, who is already well regarded as a successful sire of sires, Earthlight is out of the Group 1-placed two-year-old Winters Moon, a New Approach half-sister to Group 1 winners Mandaean and Wavering. It is the further family of Derby hero Golden Fleece.

Sam Bullard, director of stallions at Darley, said: “We are delighted to be able to offer Earthlight to breeders in Ireland next year.

“During his unbeaten juvenile campaign, Earthlight’s victories in the Group 1 Darley Prix Morny and Group 1 Middle Park were truly outstanding and his champion status at the end of that year was very well deserved.

“The loss of Shamardal in April left a big hole in the roster, but we are confident that his sons, Earthlight and Blue Point, will continue his legacy admirably in Ireland.” 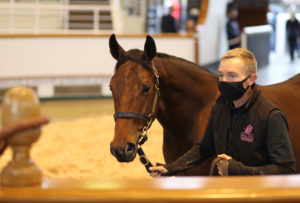 Up Next
Baroda's bold pinhook pays off with 260,000gns colt