“It has been an incredible week. This country is amazing, the breeders around this country – they are amazing in what they can produce.”

The sale of top hurdler Benie Des Dieux for €350,000 brought the curtain down on a record-breaking renewal of the Tattersalls Ireland November National Hunt Sale on Thursday.

Offered by Mullins’ Closutton Stables in foal to Walk In The Park, Benie Des Dieux was greeted by a packed sale ring and the bidding duly kicked off at €100,000. Cormac Farrell, Will Kinsey, Ross Doyle and an online bidder each struck a bid but in the end it was Coolmore’s Gerry Aherne, bidding on the balcony, who had the last say at €350,000 – a record price for this sale.

“She has been bought for MV Magnier and Noel and Valerie Moran in partnership, the first horse they have had together,” said Aherne. “Noel and Valerie are putting together an incredible broodmare band and we are delighted to be involved with them.

“It was something that was discussed recently. Noel and Valerie are a big part of Irish racing now, so to start a relationship with them makes sense. Plans are fluid, the first job was to get the mare bought.

“Willie [Mullins] said to me this morning that of all the mares that he has sold, he thought that she was the best. She looked stunning today, was turned out incredibly well. I am delighted for former owner Rich Ricci, too, he is another man who supports Irish racing at a high level.

“We are not short of stallions but a horse such as [new Coolmore stallion] In Swoop might suit. We will decide that with the Morans in time.”

He added: “It has been an incredible week. This country is amazing, the breeders around this country – they are amazing what they can produce.” 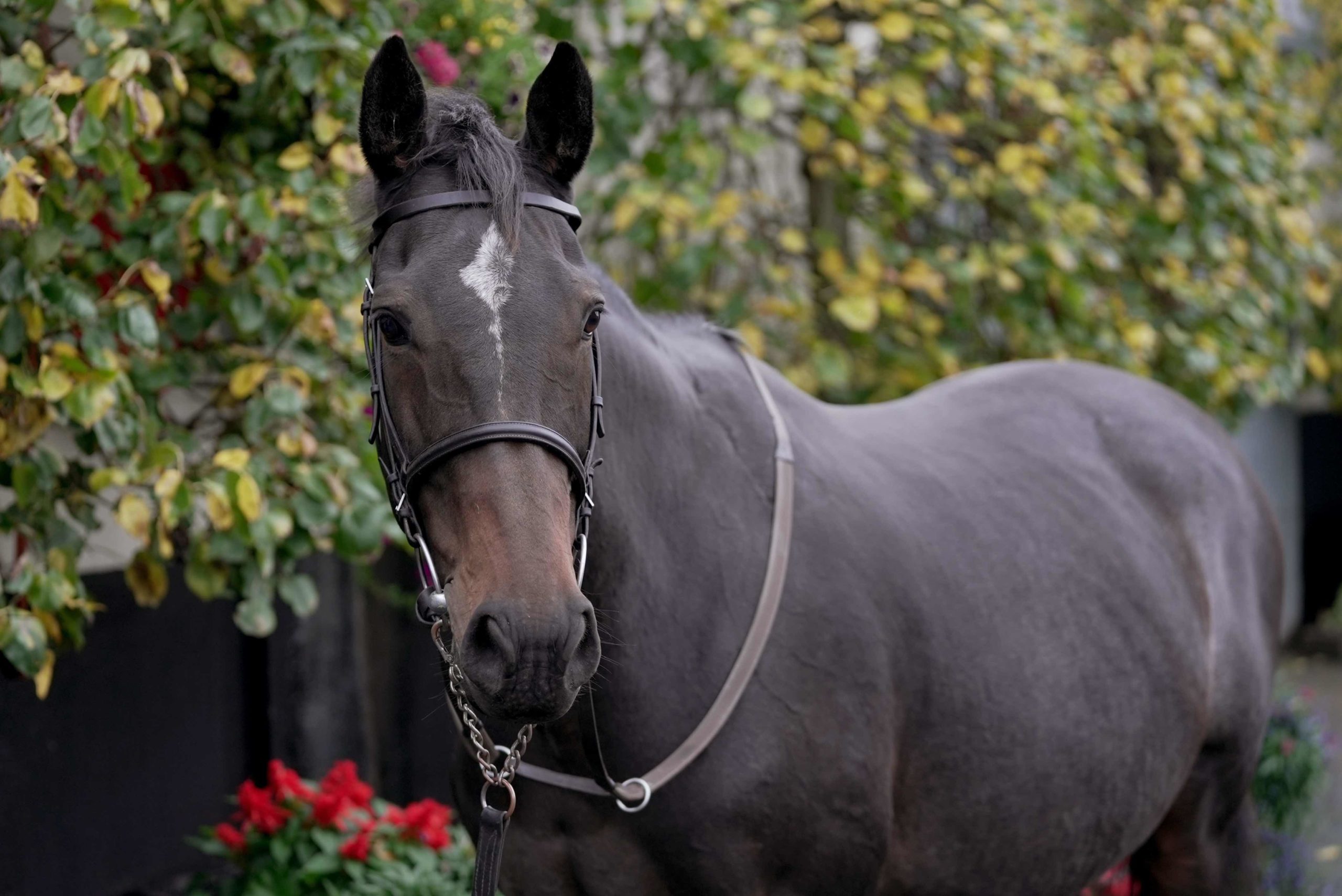 Benie Des Dieux: ‘a horse such as In Swoop might suit’. Photo – Tattersalls Ireland

A powerful draft from Closutton also included the Grade 1-placed Buildmeupbuttercup, who sold in foal to Crystal Ocean for €165,000 to Jayne McGivern bidding online, and the Grade 2 Dawn Run Mares Novice Chase winner Salsaretta, who sold for €135,000 to Seamar Bloodstock in foal to Blue Bresil.

Grand National runner-up Magic Of Light also unsurprisingly found favour, selling for €185,000 to Coolmara Stables. Winner of nine races for Jessica Harrington, including two renewals of the Grade 2 bet365 Mares’ Hurdle at Ascot, the daughter of Flemensfirth was offered by Baroda Stud on behalf of Ann and Alan Potts Ltd in foal to Crystal Ocean.

“We said that Benie would be too dear, so the next best was this mare,” said Kieran Mariga of Coolmore Stables, which hit a high on Wednesday as vendor of the €120,000 Crystal Ocean colt. “We really like her, she is a lovely strong mare with a good walk. She has a great pedigree herself, it is a great honour to be able to take her home.

“We haven’t thought about plans yet, we will foal her down and see what the foal is like – she might go back to the same sire.” 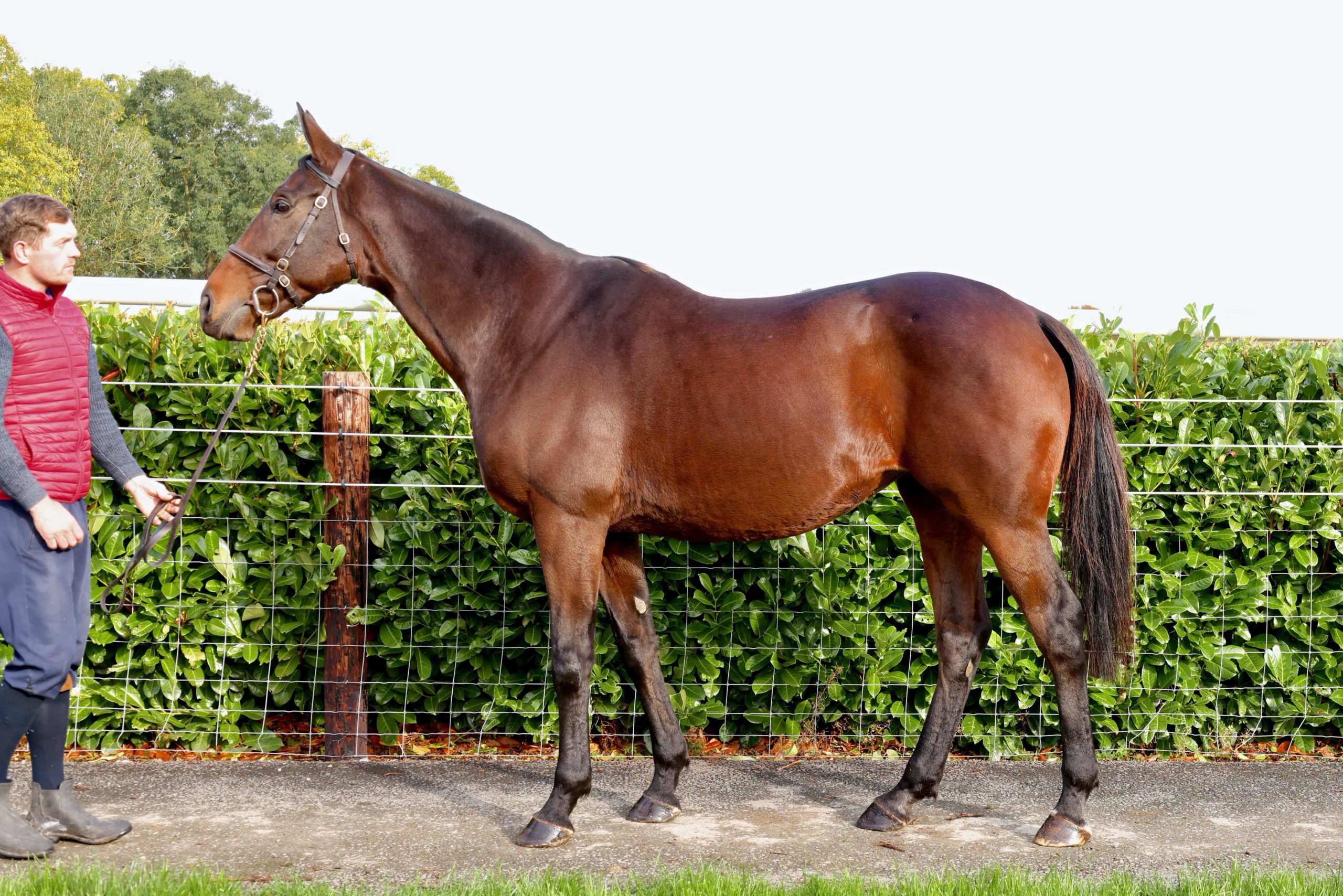 The most expensive foal of the day was a son of Derby hero Harzand, for whom Timmy Hillman paid €57,000. The colt boasts fine connections as a half-brother to Grade 1-winning juvenile hurdler A Wave Of The Sea and Grade 2-placed hurdler Dark Voyager. They are out of the Montjeu mare Je T’Adore.

“I admire the stallion and this colt, as a half to such a good horse, could have sold any day here this week,” said Hillman of the youngster, sold by Meadowlands Stud. “A Wave Of The Sea is talented horse and Willie Mullins has Dark Voyager and there should be more to come from him too.” 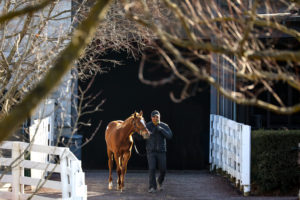