You don’t need many runners for an exciting race and while most observers were rightly disappointed that the two-and-a-half mile novices’ chase on the opening day of Cheltenham’s November meeting featured only two horses, few will forget the spectacle that unfolded at Prestbury Park.

Irish raider Gin On Lime, successful in Grade 3 company at Tipperary on her previous start, set out in front under Rachael Blackmore, tracked by My Drogo and Harry Skelton, jumping economically on his chasing debut.

Skelton asked My Drogo to make his bid on the outside of Gin On Lime and Blackmore approaching the turn for home and as the pair raced towards the second last Richard Kelvin-Hughes’ chaser looked to be travelling much the better. That’s when the drama unfolded.

My Drogo looked to jump the fence well but buckled on landing, unshipping Skelton. Meanwhile, on his inside, Gin On Lime made a terrible blunder, crumpling to the floor but, crucially, maintaining the partnership with her rider, who stuck to her mount brilliantly.

Allowing Gin On Lime to rise to her feet, Blackmore roused the five-year-old from a standing start to gallop on and negotiate the final fence safely, taking the prize for owner Robcour and trainer Henry de Bromhead.

The winning handler, who sent out six winners during the Cheltenham Festival in March, said: “I can’t say I’ve been involved in a race like that before! 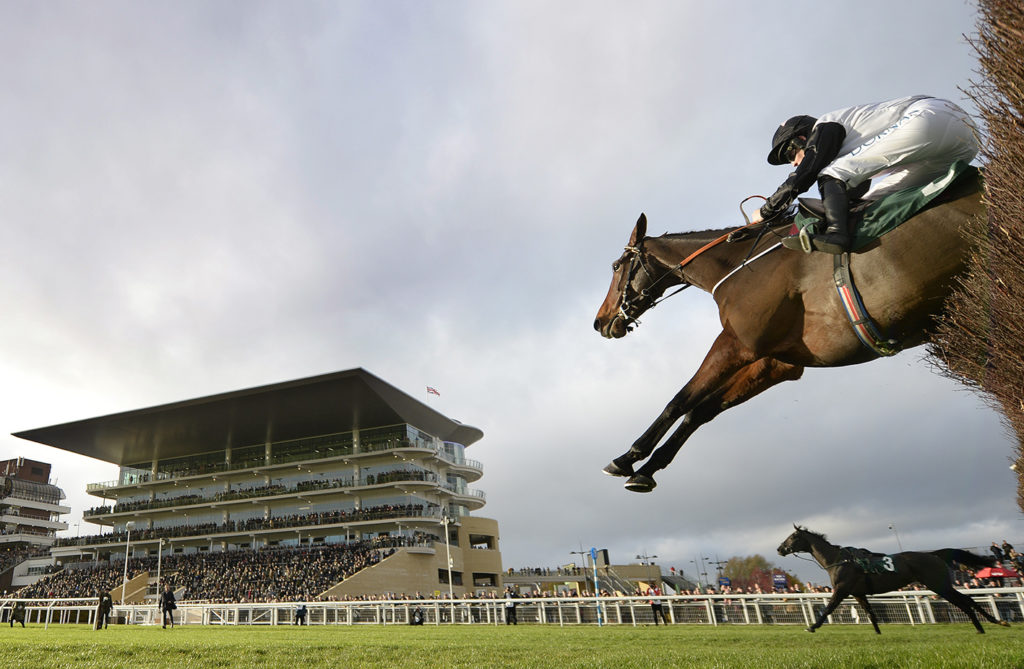 Gin On Lime negotiates the final fence at Cheltenham with the riderless My Drogo in the background | Photo: Bill Selwyn

“I remember years ago when I was a kid my father had a horse called Quarter Bridge. It was a three-horse race and he looked beaten and the other two fell at the second last and he ended up winning it. The owner said it was such a shame that they didn’t stand up as he would have liked to have seen more of a race and my father was going, ‘No, no, no, we won!’ You don’t like to see it happen.

“I thought the favourite jumped brilliantly throughout today. The way Rachael sat on – she just clung to her. Maybe ours was a slightly slower fall, I don’t know. It’s just jump racing. It’s mad and I’ve not seen much of that before.

“She (Gin On Lime) was always going to have a break after this and we just came to have a look for the mares’ chase in the spring so we can bear that in mind.

“At least we can say she has won around here. She was running well I suppose but she would never have jumped right like that as we thought she was better going left.”

Earlier on the card, Editeur Du Gite produced a brave round of jumping to record an all-the-way success in the two-mile handicap chase under Niall Houlihan.

Editeur Du Gite, who races for the Gary Moore stable in the silks of the Preston family, made famous by the 2014 Champion Chase victor Sire De Grugy, started to tire on the run-in as favourite Stolen Silver closed in but he had enough in reserve to prevail by a neck. 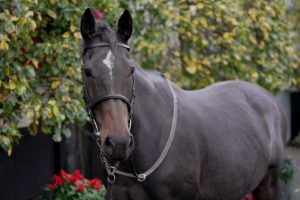 Up Next
€350,000 sale of Benie Des Dieux sets seal on record week at Tatts Ireland