Doyle doubles up as Cachet makes all in the 1,000 Guineas

Fresh from his QIPCO 2,000 Guineas victory aboard Godolphin’s Coroebus on Saturday, jockey James Doyle was at it again at Newmarket on Sunday as he guided the George Boughey-trained Cachet to a front-running success in the QIPCO 1,000 Guineas.

For winning owner Highclere Thoroughbred Racing (Wild Flower), whose famous two-tone blue silks have been carried by so many top-class horses, it was Classic glory in the season that it celebrates 30 years of running syndicates.

Winner of the Group 3 Nell Gwyn Stakes at the track on her three-year-old reappearance, Cachet was bounced out to take the lead as Doyle set the early fractions, tracked by outsider Flash Betty, Irish raider Discoveries and Fillies’ Mile runner-up Prosperous Voyage.

In a lovely rhythm on the front end, Doyle asked Cachet to quicken the tempo approaching the three-furlong marker and they soon had most of their rivals in trouble, with Tuesday making an effort under Ryan Moore on the far rail and Prosperous Voyage running on willingly under Rob Hornby.

Ever so game inside the final furlong, Cachet stuck her neck out in the run for the line and while Prosperous Voyage made inroads into the lead, she couldn’t get by the daughter of Aclaim, who scored by a neck, with Tuesday a length and three-quarters back in third.

Boughey, enjoying his first Group 1 triumph, said after the race: “She’s obviously a very good filly and she’s stepped forward from the Nell Gwyn, I think people thought that she was razor fit but I was sure she was a bit short of work.

“It was a long final furlong! She got a peach of a ride from James, and she just eyes up every blade of grass on the Rowley Mile, she loves it. She was straight into the dip and gone and they were closing late but there were some very good fillies in behind her – Ralph Beckett’s filly stood out to me in the yard and she’s obviously a very good filly as well – but I’m delighted to have held on and it’s a dream come true really. 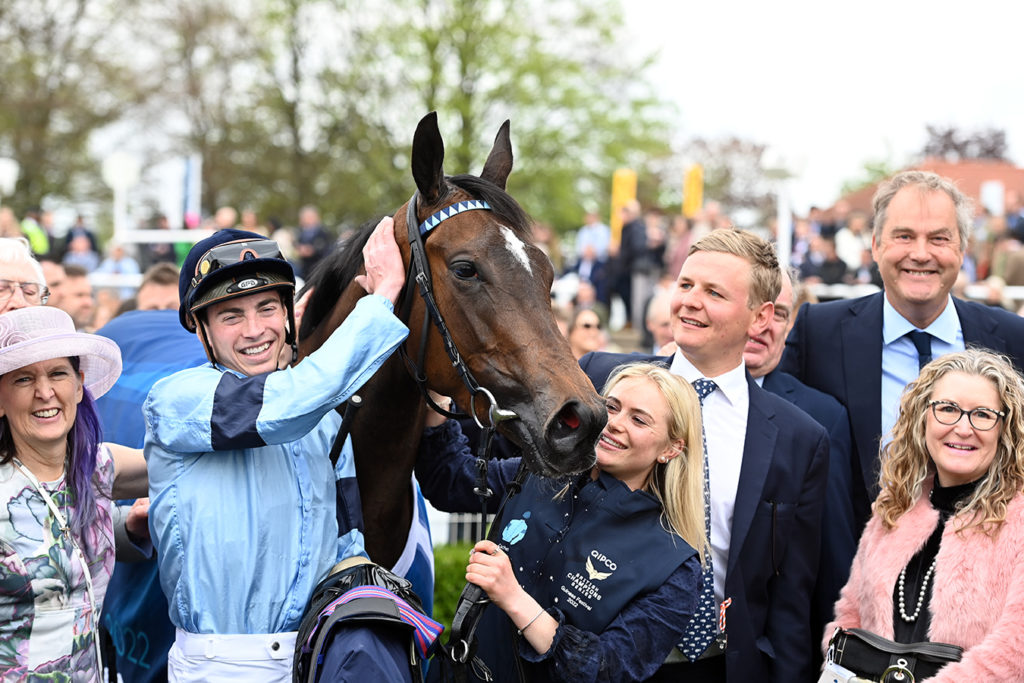 “I absolutely didn’t think I’d be here so soon, we had four horses two years ago and the highest rated was 62, so to have a filly like her and several others is amazing and to do it for Highclere is amazing. They’ve got six horses with me and it’s just massive to pay them back, so it’s a huge day and very special.

“The question was always going to be whether she stayed, she loves the ground which is a massive part for her, and I’d hoped she’d stay. She’s got a really big heart and she’s very straightforward.

“It’s a long year and that gives her a nice gap as I’d like to end up at the Breeders’ Cup again. She’s a Group 1 winner over a mile now and she can go anywhere in the world, which is massive.

“The sky is the limit really with her now, it was obviously an open race, but she did it well and there was a distance back to some very good fillies. I said to James to not break her stride and if she goes forward to let her enjoy it. It was a test of stamina, there were some horses who were paddling at three out and I’m not saying that I’d thought it would play out like it did, but it didn’t surprise me.”

Doyle, celebrating his second Classic strike in two days, said: “It’s incredible and I have to say yesterday was just incredible, I’ve ridden some big winners around the world, but I’ve never felt a feeling like that.

“The closest to the atmosphere that I’d felt before that was probably Big Orange’s victory in the Gold Cup [at Royal Ascot] which was an incredible day, but it was very close to that if not a touch better.

“It’s very funny how things work out, this game is a hard one in that sometimes it can be so ruthless and it can be tough on you and other times when the cards fall in the right direction they fall in your favour as we’ve seen today. I’ve been lucky enough to pick the ride back up on this filly, so it’s been amazing.”

The Group 2 Dahlia Stakes saw a terrific finish as the Ed Walker-trained Dreamloper just got the better of Villa De Grace.

Appreciating the step up nine furlongs, Dreamloper scored by a nose under Kieran Shoemark and will no doubt be targeting Group 1 races later this year.

Godolphin’s excellent weekend continued as With The Moonlight showcased her Oaks credentials with a decisive victory in the Listed Pretty Polly Stakes (1m2f) under William Buick. 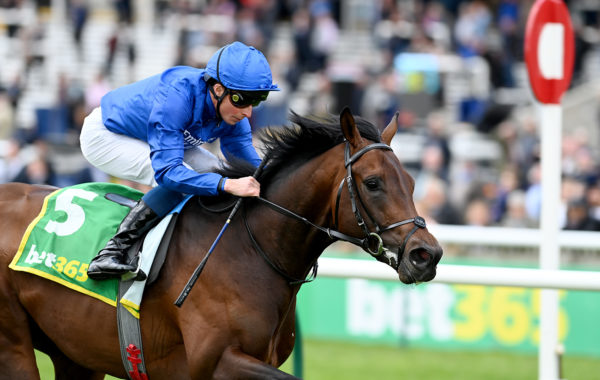 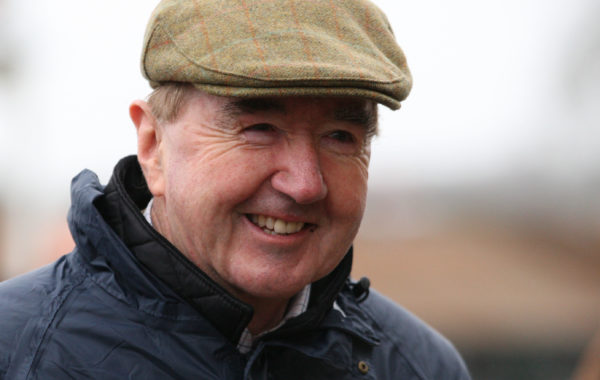 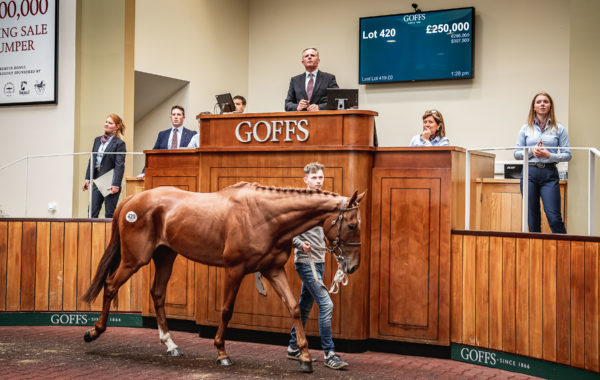 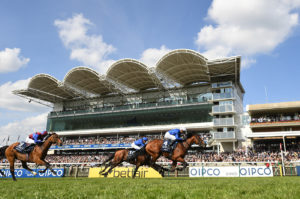 Up Next
Coroebus heads brilliant Guineas one-two for Godolphin