Hector Loza has run three times this year and followed a debut third at Kempton with novice stakes wins at Chelmsford (6f) and Lingfield (7f), the last time under a penalty when he beat a previous winner comfortably.

Tomorrow’s contest is another jump up the ladder, yet Dow is expecting the son of Kodiac to acquit himself well in his first race on grass under regular rider Nicky Mackay.

Dow said: “We are under no illusions that it will be tough – but we just don’t know how good Hector Loza is. We’re throwing him in at the deep end and hoping he can swim!

“He has that star quality, not necessarily in his work but in his demeanour. He has a great temperament and all the attributes required to fulfil his potential. I’d say he’s the most exciting horse I’ve trained since Hombre Rojo, who was third in the UAE 2,000 Guineas. 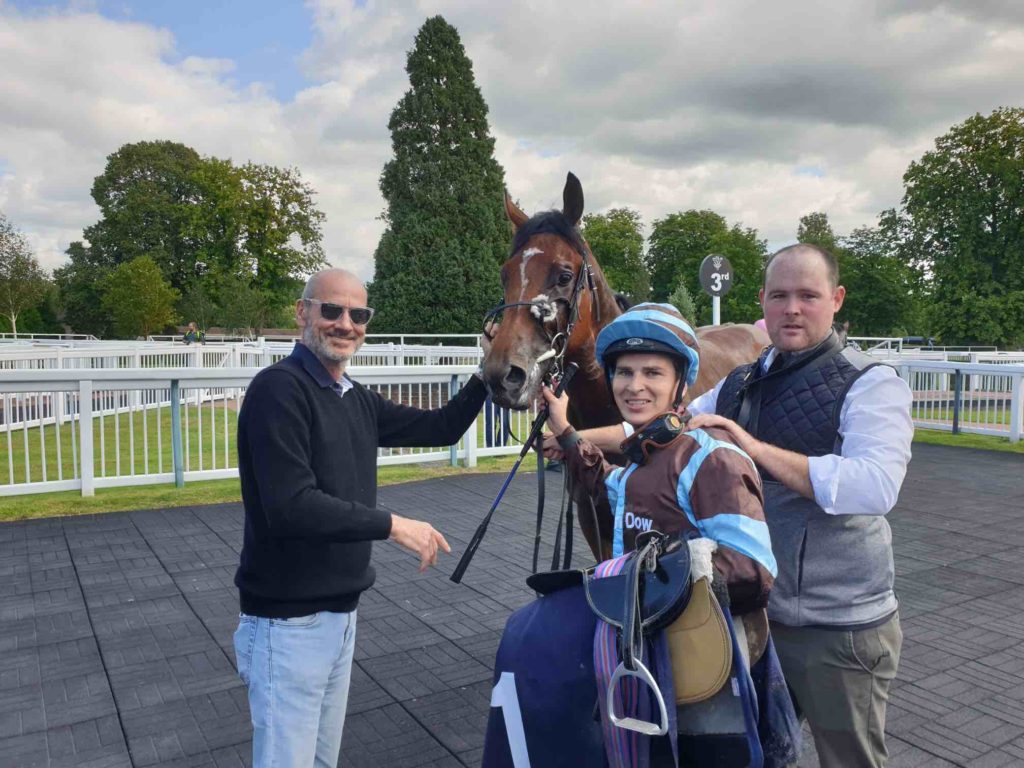 “The first job was to win a [Tattersalls] Book 1 bonus, then defy a penalty, which he has done. We could have gone for a handicap but that might have been equally difficult, so we are trying for some black type.”

Hector Loza faces six rivals in the Solario Stakes, including Alan Spence’s Positive, runner-up to Pinatubo in the Group 2 Vintage Stakes at Goodwood, and Godolphin’s Al Suhail, a half-brother to Telecaster who recorded an impressive victory at Yarmouth on his last start.

Hector’s not a big horse but he has scope. He’s like a 16-year-old boy; he has plenty of growing up to do!

Dow, whose last domestic Group winner was Young Ern in the 1994 Hungerford Stakes, is not concerned that the race will be Hector Loza’s first try on turf; if anything, the trainer feels he will improve for both the surface and the track.

“I don’t think he’s had conditions to suit him yet – the all-weather tracks are quite tight, and I think he’ll enjoy the ground and hill at Sandown,” Dow said.

“Hector’s not a big horse but he has scope. He’s like a 16-year-old boy; he has plenty of growing up to do!”

Hector Loza was picked up by owner Robert Moss for 55,000 guineas at Book 1 of the Tattersalls October Yearling Sale; one of tomorrow’s opponents, Al Suhail, cost 1.1 million guineas at the same auction. Hector Loza’s price looks a bargain given his subsequent achievements, with the Book 1 bonus contributing an extra £25,000 to the coffers. He also claimed a Plus 10 bonus of £10,000 after his first win.

Of course, you need to take the commercial view and we’ve had offers, but Rob hasn’t been tempted [to sell] as yet

“Rob has been a big supporter of the stable and it’s exciting to be involved in these races,” Dow continued.

“He always wanted to buy a Kodiac and when we saw [Hector Loza] at Tattersalls, he looked the part and there didn’t appear to be anything wrong with him.

“It looks like he slipped through the net – but we’re delighted to have him.

“Of course, you need to take the commercial view and we’ve had offers, but Rob hasn’t been tempted [to sell] as yet.”

“We had a very slow start due to the yard being refurbished,” Dow explained. “We’re going well now, the horses are happy and healthy, and there’s more to come.”

Tomorrow’s Sandown card also features the Group 3 Betway Atlanta Stakes for fillies and mares. Khalid Abdullah’s Jubiloso, an unlucky third behind Billesdon Brook in the Group 3 Oak Tree Stakes at Goodwood, looks set to go off a warm favourite in the mile contest. 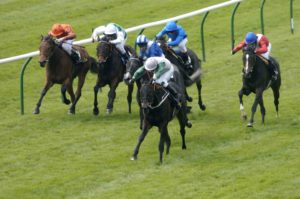