Denman bows out at 11

One of the best-selling books this autumn has been General Jack Seely’s ‘Warrior’, the biography of his horse who carried him at the front throughout the Great War, earning himself the reputation as ‘the horse the Germans couldn’t kill’, before coming home to win a point-to-point on the Isle of Wight in 1922, and ultimately serving as his owner’s hack and best friend until 1938.

General Seely’s grandson Brough Scott has described Warrior as the greatest horse ever. It is hard to quibble with that assessment – but if Denman, whose retirement was announced today, had been born in any earlier age, he would surely have given Warrior a run for his money in the race to prove himself the greatest all-rounder. 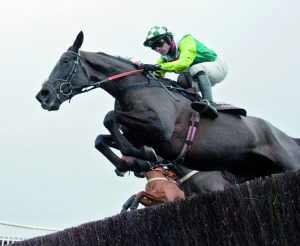 Denman, known to his many fans as ‘The Tank’

Denman, quite simply, has been the modern-day ‘War Horse’. While there have been a few better steeplechasers in history – and those few can probably be counted on the fingers of one hand – there has never been a horse more patently willing to push himself to the limit in order to gallop and jump his way to the finishing line in front.

Denman has lined up in Grade One company at the past six Cheltenham Festivals, finishing in the first two each time. The Gold Cup winner in 2008, Denman has filled the runner-up spot in the three subsequent renewals of the world’s championship steeplechase. In later years, Denman has been running more on courage than class, having never seemed truly to regain his former brilliance after being diagnosed with a strained heart three years ago. Even so, his second Hennessy Gold Cup victory (in 2009), off a BHB rating of 174, has been described as the greatest performance in a handicap steeplechase since the days of Arkle.

Denman retires with a record of 14 wins from 24 starts, with four of his victories (three over fences and one over hurdles) having come at Grade One level. He is, though, much more than the sum of these statistical parts. He has been the very model of the staying steeplechaser: immensely talented, as strong as an ox, physically imposing and as brave as a lion.

Denman at home with his owner Paul Barber

It is hard enough for any horse to compete successfully at any level for six consecutive seasons, but to do so in the top National Hunt races is truly remarkable. Denman’s resilience – his ability and desire to put setbacks behind him and fight on regardless – has been truly humbling and, in an era in which National Hunt racing enjoys almost unprecedented popularity, he can take a lion’s share of the credit for the sport’s appeal.

Denman’s rivalry with his stablemate Kauto Star has been the stuff of steeplechasing legend. He has been the most wonderful servant to his owners Paul Barber and (formerly) Harry Findlay, to his jockeys Sam Thomas and Ruby Walsh, and to his trainer Paul Nicholls, who has campaigned him superbly. Over and above that, though, Denman has been an idol to a generation of racegoers, who now unite in wishing him the long and happy retirement which he so richly deserves. 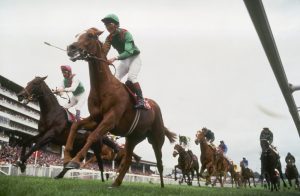