Final crop of the Japanese supersire Deep Impact realised an average of $1,861,862 at the JRHA Select Sale

The JRHA Select Sale in Hokkaido, Japan, promised to offer a considerable appreciation of Deep Impact on Monday and so it proved, with Shadai’s breed-shaping stallion fittingly responsible for the joint sale-topping colt.

Monday’s session of the two-day sale is likely to represent the final time that a Deep Impact yearling heads to market in Japan. Progeny of the stallion, a champion racehorse himself and subsequently a multiple champion sire, have been a major draw since his first crop of foals hit the market in 2008. Since then, no fewer than 106 lots – yearlings and foals – have realised the equivalent of a million dollars or more in the Northern Horse Park sale ring, the latest and final trio coming on Monday during a frenetic day of trade.

“From the beginning of the sale at 10am to the conclusion at 7:30pm the market was very strong all way through,” said Katsumi Yoshida.

“I would like to thank all consignors for offering yearlings with the highest quality. I’m very impressed to see 16 different stallions being represented by a yearling selling for more than 100 million yen.

“While we lost two big names, Deep Impact and King Kamehameha, two years ago, we have the depth of excellent stallions now and I’m glad to see so many new players active at today’s market.”

The Deep Impact colts were catalogued as Lots 1 and 248 and thereby arranged as to book end the sale. And indeed, it got off to a rousing start thanks to the sale of the first youngster through the ring, a colt out of the Grade 2 Gulfstream Park Oaks heroine Go Maggie Go for whom Hasegawa Yuji paid 300,000,000yen ($2,702,703) out of the Northern Farm draft.

Northern Farm’s Katsumi Yoshida paid $750,000 for Go Maggie Go, by Ghostzapper, at the 2017 Fasig-Tipton November Sale and this colt is her second foal. 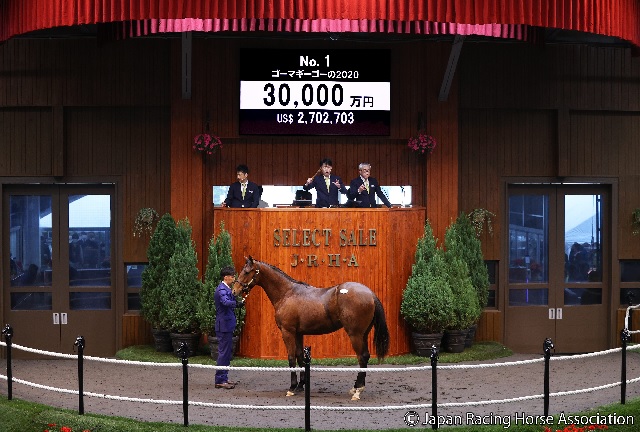 There are around 20 foals in the final crop of Deep Impact, who succumbed to a neck condition in July 2019. Interestingly, we will see a number of them race in Europe given they include foals out the top Coolmore mares Minding, Winter, Hydrangea, Maybe and Rhododendron.

Overall, the Northern Farm draft accounted for each of the top four lots and eight of the top ten overall, its dominance punctuated by two yearlings hailing from Shadai Farm, also owned by the Yoshida family. 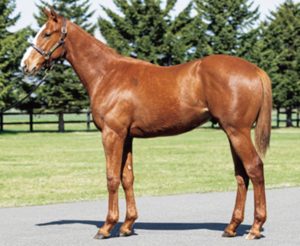 Lord Kanaloa, who assumed Deep Impact’s mantle as Japan’s top active sire, was responsible for the other yearling to hit 300,000,000 yen ($2,702,703), a colt out of American champion Finest City. Fujita Susumu emerged victorious for the colt, whose dam struck in the 2016 Breeders’ Cup Filly and Mare Sprint and was a $1.5 million Fasig-Tipton purchase by Katsumi Yoshida in November 2017.

Overall, Lord Kanaloa was responsible for four yearlings to sell for the equivalent of a million dollars or more. His recently pensioned Shadai stud-mate Heart’s Cry also enjoyed a good day as the sire of five such youngsters while fellow Shadai stallion Epiphaneia, sire of the brilliant filly Daring Tact, was represented by two.

It was also a particularly good day for Coolmore’s young stallion Saxon Warrior. The result of an early foray by Coolmore into Deep Impact, the 2,000 Guineas and Vertem Futurity hero was represented by a pair of first-crop yearlings that sold for an impressive average of $1,261,261. 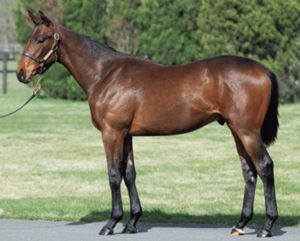 A Saxon Warrior colt out of Irish Listed winner I’m Yours contributed to a good day for his sire. Photo – JRHA

Leading the way was a colt out of the Invincible Spirit mare I’m Yours, who made 190,000,000 yen ($1,711,712) to Kondo Junko. His dam is an Irish Listed winner who was sold by Moyglare Stud for ‘just’ €210,000 to Katsumi Yoshida at the 2018 Goffs November Sale, with Northern Farm subsequently using her as a means to support Saxon Warrior prior to her export to Japan.

Also of international interest was a son of Wootton Bassett out of the Teofilo mare Attractive Lady who sold for 52,000,000 yen ($468,469) to Osamu Hiratu and a colt from the first crop of the Coolmore-based American Triple Crown hero Justify who was purchased by Kaneko Makoto Holdings Co., Ltd for 200,000,000 yen ($1,801,802). The latter was sold by Shadai Farm and is out of American Grade 1 winner Zipessa.

The sale continues on Tuesday with the foal session. 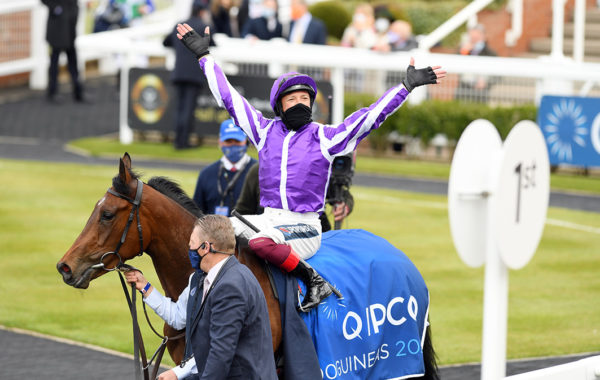 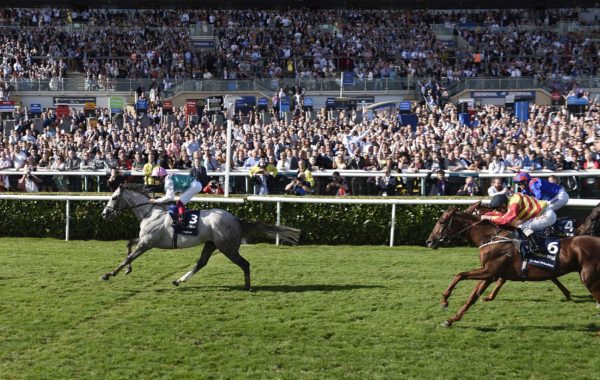 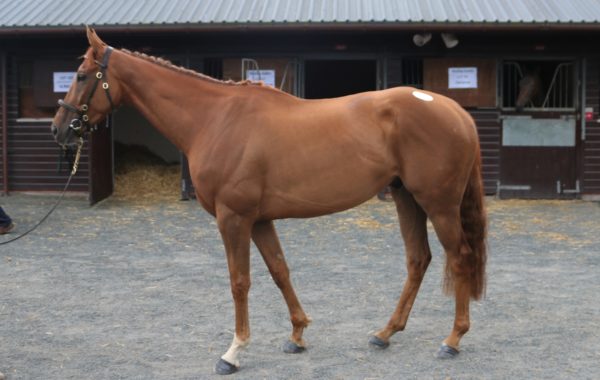