By The Owner Breeder staff 26 September 2020

Trainer Clive Cox and jockey Adam Kirby have a magic touch when it comes to sprinters and their prowess came to the fore once again on Saturday as Supremacy landed the Group 1 Middle Park Stakes at Newmarket.

Supremacy burst onto the juvenile sprinting scene with a four-length victory in the Group 2 Richmond Stakes at the Qatar Goodwood Festival in July and the son of Mehmas confirmed his promise with an all-the-way success in the 6f contest.

The two-year-old came home in front of the Jessica Harrington-trained Lucky Vega with Minzaal, who had been settled at the back of the field in the early stages, making up late ground to finish third.

Kirby said: “He’s a great horse. He’s very, very fast and has got a great cruising speed, while he keeps finding. He gets the six furlongs very well and is also a horse for next year, so he’s not just a two-year-old.

“It’s well known he’s got plenty of class and the Commonwealth Cup would be well within him. Clive’s a fantastic trainer and makes training horses very simple. Full credit to him and his team; he’s great to ride for and I’ll never be able to thank him enough.”

For Cox, it was a second win in the contest after Reckless Abandon in 2012, and he added: “I’m thrilled to bits, as anybody would be, and it was an amazing performance considering the strength in depth of the race.

“Any Group 1 is good, but that appeared as strong as ever. We’ve thought the world of him and he’s trained really well, but the worry was the ground.

“I walked it on Tuesday morning, and it was lightning quick, but we’ve had 22mm in the meantime. Our concern was if it went soft because it’s unknown territory for him.

“I think he’s an out-and-out sprinter and don’t see why we should stretch him out. I know the family well – it’s the same as Harry Angel’s – and there’s an awful lot of speed in it.

“He’s a real speedball, very talented, and has got a good mind. I’m pleased to have him, and Jason is enjoying it too; horses of this calibre are just what we’re after.”

Supremacy’s success is a feather in the cap of Tally-Ho Stud’s young sire Mehmas, who now has a Group 1 winner from his first crop that hit the track earlier this year. It was at last year’s Goffs UK Premier Yearling Sale that Cox secured the then yearling for owner Jason Goddard for £65,000.

A new star for Jeff Smith

Jeff Smith looks to have an exciting filly for 2021 after the Andrew Balding-trained Alcohol Free was a game winner of the Group 1 Cheveley Park Stakes.

The daughter of No Nay Never, who had finished second behind Happy Romance in the Group 3 Dick Poole Fillies’ Stakes earlier this month, held off Miss Amulet who was half a length back in second with a head to Umm Kulthum in third. 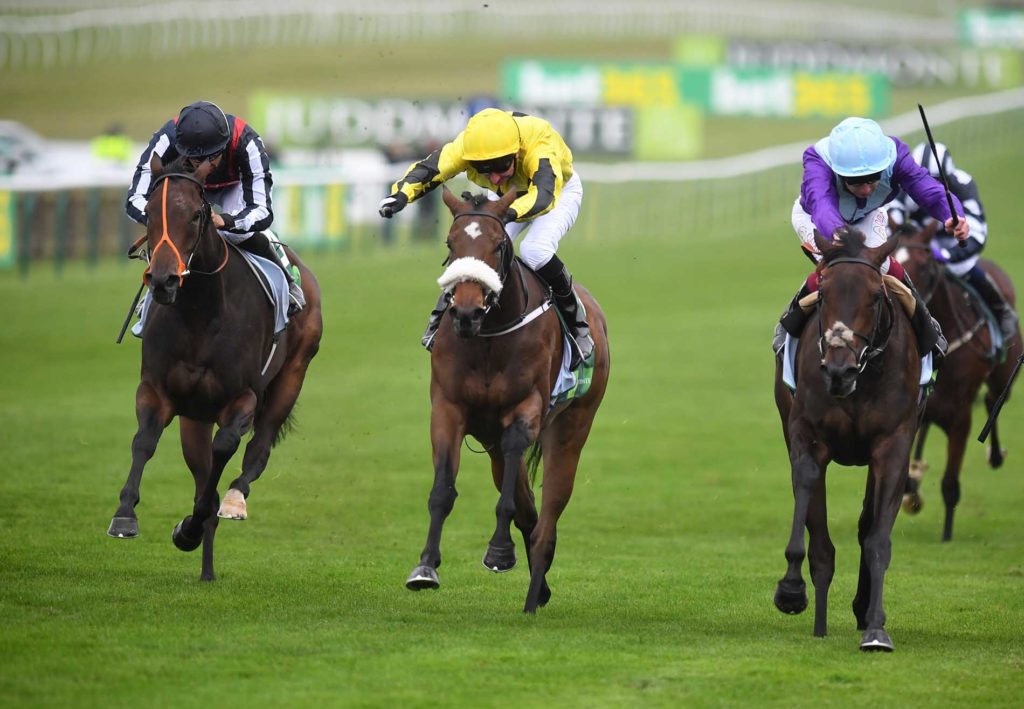 Balding said: “To have a Group 1 winner for Jeff is fantastic, he’s been a big supporter. The guys at home have done a fantastic job.”

Jockey Oisin Murphy added: “I love this filly. Andrew has done a top job managing her and I’m thrilled for Jeff Smith. I’m ecstatic as I’ve been with Andrew since I was a child and I don’t ride enough Group 1s for him. I think she’ll be a really nice three-year-old.”

Jockey Paul Hanagan rode his biggest winner since returning from breaking his back at Newcastle in February when he guided Majestic Dawn to a runaway victory in the Cambridgeshire.

Trained by Paul and Oliver Cole, Majestic Dawn had finished last on his previous start in an all-weather handicap but showed that performance was a one off as the four-year-old scooted clear from the rest of the field to win by four and three-quarter lengths.

Hanagan said: “I’m lost for words to be honest. It was a long road back and I didn’t think I was going to make it back at all. This is very special, and I couldn’t have been happier with my comeback, which I owe to so many people.

“Jack Berry House, my family and friends, while Richard Fahey has been amazing. I owe this to a lot of people.

“I don’t think you’ll see many winners like that. He was happy, bowling away. He was a little bit keen early on, so I took him away from the others and he relaxed lovely then. He picked up when I asked him to, and I was just a passenger.” 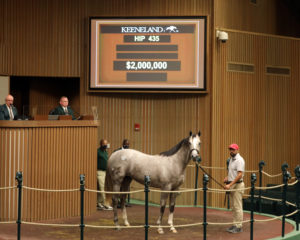 Up Next
Challenging Keeneland September Sale draws to a close