First part of investigation takes form of an online questionnaire

The British Horseracing Authority on Thursday launched an open public consultation into the use of the whip in British racing.

Recommended by the industry’s independently chaired Horse Welfare Board, the consultation will gather and asses the views of industry participants, stakeholders and wider audiences regarding the rules, use and penalties for rule breaches.

The first part of the consultation is an online questionnaire which will run for ten weeks until September 6. It allows individuals to provide responses to set questions on the whip rules and penalties as well as the opportunity to provide more detailed comments.

Respondents will be asked to consider what the rules should allow in terms of permissible use and whether the existing penalties provide sufficient deterrent to stop the roles being broken. They will also have to determine whether international rules should be the same and if engagement with the sport would change if changes were made to the rules.

Following the period, data and views and suggestions from all parts of the consultation will be considered by the Whip Consultation Steering Group. They will then form recommendations and further engagement before being presented to the BHA Board for consideration and approval in early 2022.

If there are any changes to rules or penalties there would then be an extensive bedding in and training period before being implemented.

Julie Harrington, Chief Executive of the BHA, said: “At a time when societal and political views are constantly changing, the future health of our sport will depend in part on the maintenance of social licence and the trust that the public and politicians have in us.

“The racing industry must be willing to listen to and understand a range of perspectives if it is to prosper and safeguard its long-term future.

“Moreover, we must have rules and a penalty structure which are viewed as fair to participants and the betting public, which encourage riding within the rules and which deter rule breaches.

“By carrying out this consultation we are looking to signal and facilitate a positive, open debate about this important issue for our sport from the viewpoint of perception and fairness. We encourage everyone with an interest in the subject to take part in the consultation. This is your opportunity to be heard.”

The BHA’s Chief Regulatory Officer, Brant Dunshea, added: “The consultation process will be open and transparent, and the views of all parties are welcome and will be considered. The decisions that result from this process are then racing’s to make, guided by the consultation responses and the significant expertise that exists within the Steering Group.

“We encourage all respondents to make use of the supporting information in the consultation, which explains the current design of the whip, and the rules and penalties relating to its use, to ensure that anyone responding to the consultation is informed by the facts.

“This is a complex issue and not a binary one. The consultation will cover a broad range of ground regarding the use of the whip for encouragement, the rules under which the padded whips are used for this specific purpose, and the penalties for breaches of those rules.

“We ask everyone involved to take part in this debate constructively and respectfully.” 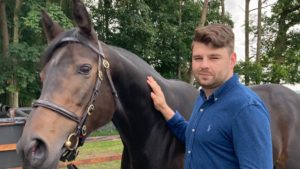