With three million-dollar lots and 20 overall in excess of A$500,000, Inglis officials could take some satisfaction in the opening performance of an Easter Yearling Sale staged in extraordinary circumstances.

As the Covid-19 pandemic grips the world, Inglis were left with no choice but to stage their flagship yearling event as a virtual auction using online bidding. Some heart could be taken from the fact that various agents had been able to visit the farms based across the Hunter Valley in New South Wales to get an idea of the stock on offer.

But it remained unchartered territory for Inglis, as it does for sale companies worldwide. Indeed, Arrowfield Stud took the step to withdraw their entire 60-strong draft; in a measure of their importance to the sale, their 2019 draft grossed A$21,470,000.

By the time the sale opened on Tuesday, 166 of the 514 lots catalogued had been withdrawn, with some yearlings held back to take their chance in Round 2 of the sale, which is being planned as a live auction at the Riverside Stables complex on July 5 – subject to conditions, of course.

As expected, figures took a hit, especially total sales, which plummeted from an opening day figure of A$64,270,500 in 2019 (the highest-ever gross recorded during a single day in Australian auction history) to A$32,537,500 for 106 yearlings sold – after all, last year’s opening session featured no fewer than 11 seven-figure lots.

However, Tuesday’s marathon session of selling did produce some high points, led a pair of colts by Zoustar and So You Think, who jointly assumed top billing at A$1.1 million.

Also encouraging was the level of international participation, notably from Hong Kong buyers, which accounted for 14 yearlings worth a total of A$6.6million. European-based interests were also active, among them Badgers Bloodstock, which paid A$450,000 for an American Pharoah filly out of Golden Slipper Stakes third Lake Geneva, and the BBA Ireland, which went to A$360,000 for a daughter of I Am Invincible.

“It’s been one of the most extraordinary days on the job for me as Managing Director, to oversee Day 1 of an Easter Sale with no horses and no people, it’s certainly something out of the box,’ Inglis Managing Director Mark Webster said.

“Our website traffic figures have been quite phenomenal – we have had people watching our Sale Day Live coverage from 99 different countries on six continents around the world and buyers coming from all across the globe as well, as well as almost 150,000 visitors to the website today alone.

“That side of things has been very satisfying because our vendors put in a tremendous amount of work under arguably some of the most challenging conditions of their lives and to be able to even conduct a sale under the circumstances for them has been a great team effort.

“Looking back on it, it’s been a very good start to a sale under very challenging conditions for everybody in our industry.

“I hope to see the buyers back online tomorrow as we offer another 200 or so yearlings and as today showed, there is plenty of value to be found. I urge people to register to bid and to get involved because these horses are the best of the best and will prove that on the racetrack in months and years to come.’’ 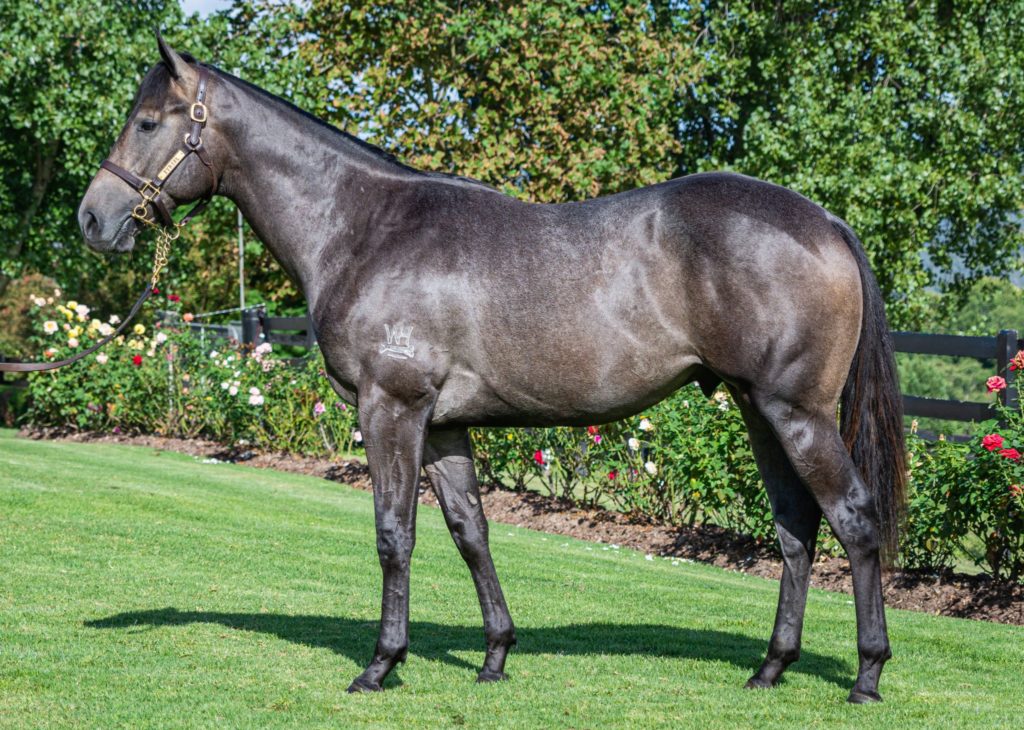 The So You Think colt that sold for A$1.1 million to Hong Kong-based Legend Bloodstock on Tuesday – Photo: Inglis

‘This means everything to us’

Hong Kong-based Legend Bloodstock, the nom-de-plume of owner Bon Ho, was the successful bidder on the co-topping A$1.1 million So You Think colt from Tyreel Stud.

The most expensive yearling to sell by his Coolmore Australia-based sire, a former shuttler to Ireland, he boasts strong Hong Kong connections as a half-brother to the emerging sprinter Aethero, an easy winner of the Group 2 Jockey Club Sprint at Sha Tin in November.

They are out of Pinocchio, a winning sister to champion and five-time Group 1 winner Racing To Win.

“For Tyreel Stud, the staff that put so much time and effort into these horses, this is the grand final. This means everything to us, and this Pinocchio colt was just sensational from the outset,’’ Tyreel’s Linda Monds said.

“We’re just over the moon with the result. It’s so good for the farm and the family.

“From a vendor’s perspective, the virtual sale was always going to be daunting, it’s never been done before, but full credit goes to Inglis for pulling this off.

His sale continued a good run for So You Think, who was represented by his sixth Group 1 winner only on Saturday when Quick Thinker struck in the ATC Australian Derby at Rosehill.

Meanwhile, Hawkes Racing landed the other A$1.1 million colt, a son of Tweenhills Farm and Stud’s shuttler Zoustar.

Sold by his co-breeder Widden Stud, the colt possesses one of the hottest Australian pedigrees around as a brother to champion Sunlight, whose 11 victories include the Group 1 Newmarket Handicap, Coolmore Stud Stakes and William Reid Stakes, and Group 3 winner Sisstar.

The 2nd million dollar yearling for #InglisEaster with Widden Stud selling the Zoustar full brother to Champion 3YO filly Sunlight and Group winner Sisstar to @HawkesRacing for $1.1 million. Sunlight’s Coolmore is a just one of the reasons why! pic.twitter.com/sfiMTQkR2F

They are out of Solar Charged, a dual Group 3-winning daughter of Charge Forward.

“We hoped for $1 million for that colt from the moment he was born, throughout his life as he grew up you became more and more confident but the past couple of weeks obviously it was a bit of a rollercoaster,’’ Widden Stud’s Antony Thompson said.

“For him to make A$1.1 million in these circumstances is a stunning result so we’re thrilled.

“It’s been a turbulent time where things have changed so much so often but to piece the sale together the way they have is a real credit to the whole team at Inglis. To all the buyers who have got behind the sale from all around the world and around Australia, well done to them too, a huge effort.’’

The colt was one of five purchases made on the day by Hawkes Racing. Their haul of A$2.39 million worth of stock made the training operation the second leading buyer behind Coolmore’s Tom Magnier, whose outlay of A$2.595 million on five yearlings included a son of I Am Invincible for A$875,000.

Coolmore also ended the day as leading vendor thanks to the sale of ten yearlings worth A$2.95 million.

‘We’ve got to be a step ahead of the game’

Yarraman Park Stud’s high-flying resident I Am Invincible was also responsible for the most expensive filly to change hands on Tuesday, in a youngster who commanded A$1 million from Andrew Williams.

Kitchwin Hills sold the youngster, who is the second foal out of her top-class dam Srikandi. One of the best runners left behind by Dubawi from his shuttle trips to Australia, Srikandi was trained by Ciaron Maher to win the 2015 Group 1 Stradbroke Handicap and Tattersall’s Tiara.

“The order was an outcross filly free of Danehill and this filly just made so much sense, I thought she was so well balanced, a quality individual that looks fast,’’ Williams said. 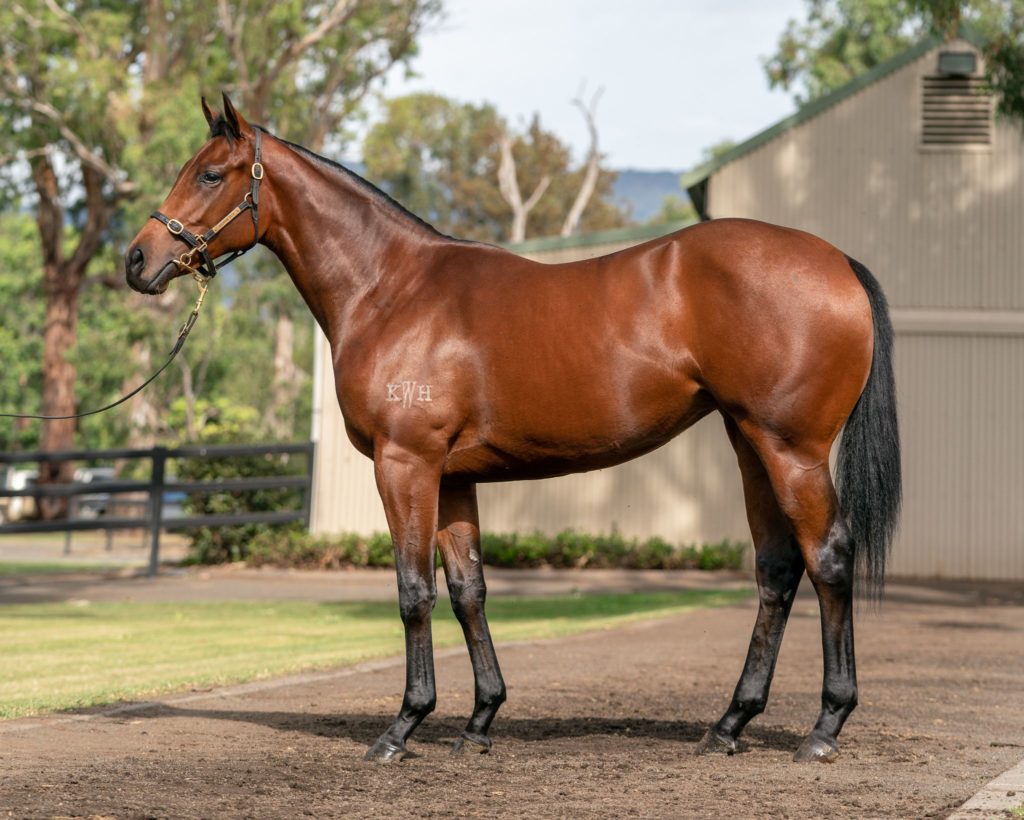 This I Am Invincible filly out of Srikandi was bought by Andrew Williams – Photo: Inglis

“We’ve clocked up the KMs, looked at horses two, three, four times but you know what? There’s no difference doing it this way, we’ve got to be a step ahead of the game and if that means being in the car all day, so be it.

“You do your homework, you can sit and bid away from anywhere in the world really. It’s been a good experience, a unique experience and it’s good to be involved in this market.’’

While I Am Invincible ended day one as the leading sire by aggregate (A$7.21 million for 14 sold), it was also a good session for Darley shuttler Exceed And Excel. Buoyed by a A$760,000 colt that sold to the Hong Kong Jockey Club, he returned an average of A$561,667 for three sold.

Frankel was also represented to good effect as the sire of a filly out of New Zealand champion Princess Coup, who was knocked down to agent James Harron for A$670,000. 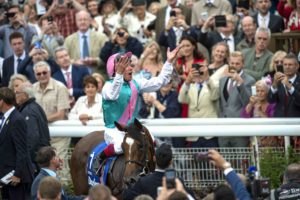