Chantry House back to winning ways

Chantry House put a disappointing run in the King George VI Chase behind him with a workmanlike display to justify favouritism in the Grade 2 Paddy Power Cotswold Chase at Cheltenham on Saturday.

Fitted with first-time cheekpieces, Chantry House travelled on and off the bridle without jumping with any real fluency for Nico de Boinville. While the jockey got to work on his partner coming down the hill, rivals Aye Right and Santini were battling it out up front as Simply The Betts lost touch. However, Chantry House was starting to close on their outer and having jumped to the front at the penultimate fence, steadily pulled clear under strong urging to win by two-and-a-half lengths and provide owner J P McManus with a landmark 4,000th winner.

Santini stayed on dourly under Nick Scholfield to take second ahead of Aye Right in third.

“He’s got the job done,” a relieved Nicky Henderson told Racing TV. “He had a really good blow afterwards, he is tired. If you think about it, that’s his actual first race since Aintree in the spring as he had a two horse race [when winning] at Sandown and then he went nowhere at Kempton – so that’s the first time he’s had to do anything that competitive since Aintree.

“We mooted cheekpieces for him months ago. There was a thought that we ought to put them on for the King George but I thought he was sharp enough and he wasn’t – they went very quick at Kempton and he was lost after three fences. We put them on at home and they definitely sharpened him up.

“He had to win today to stay in the ball game [for the Cheltenham Gold Cup]. That was a tough race, they went a good gallop and they had to work hard. We’ll take the positives out of it.” 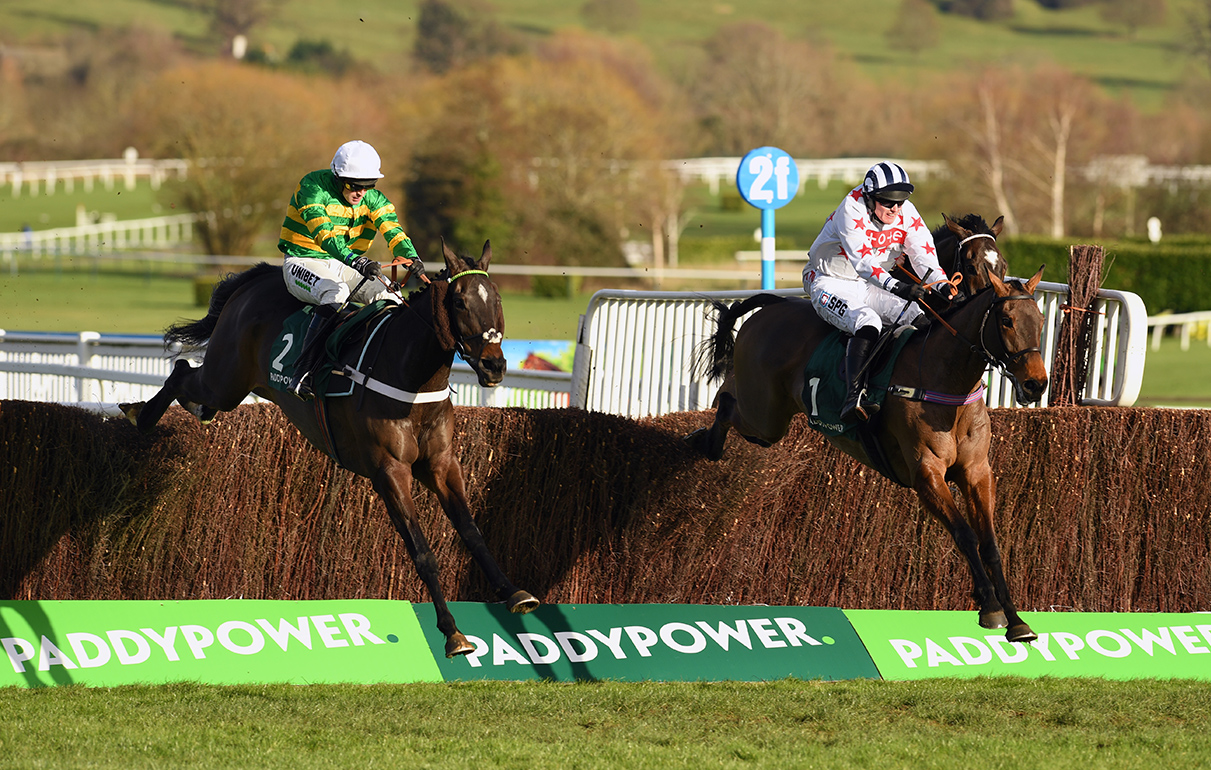 Paisley Park added a third Grade 2 Cleeve Hurdle to his record, coming from the clouds to overhaul Champ, McFabulous and Lisnagar Oscar for a popular tenth victory.

Success looked unlikely for much the race, particularly when Paisley Park attempted to whip round at the start. Having been nursed into contention by Aidan Coleman, he was then also one of the first off the bridle as they came down the hill. Yet then the turbo kicked in and fired into the last between Champ and McFabulous, the result was never in doubt, with the Emma Lavelle-trained gelding finding more to win with ears pricked by just over three lengths.

Champ, in the midst of a resurgence over hurdles for Nicky Henderson, plugged on for second as the odds-on favourite, finishing six lengths ahead of Lisnagar Oscar in third.

“He’s a very special horse and that was a special performance,” said Coleman. “He’s tried that a few times before at the start – he’s just getting a bit older and wise but he’s not getting worse.

“A few people were writing him off this season but I thought he ran really well at Newbury considering we rode him wrong [when third in the Long Distance Hurdle], and again at Ascot [when third to Champ in the Long Walk Hurdle]. But this is his track, and that’s the way it is. Turning in, he was as close as he’s ever been here and I knew he was going to hit the line well.” 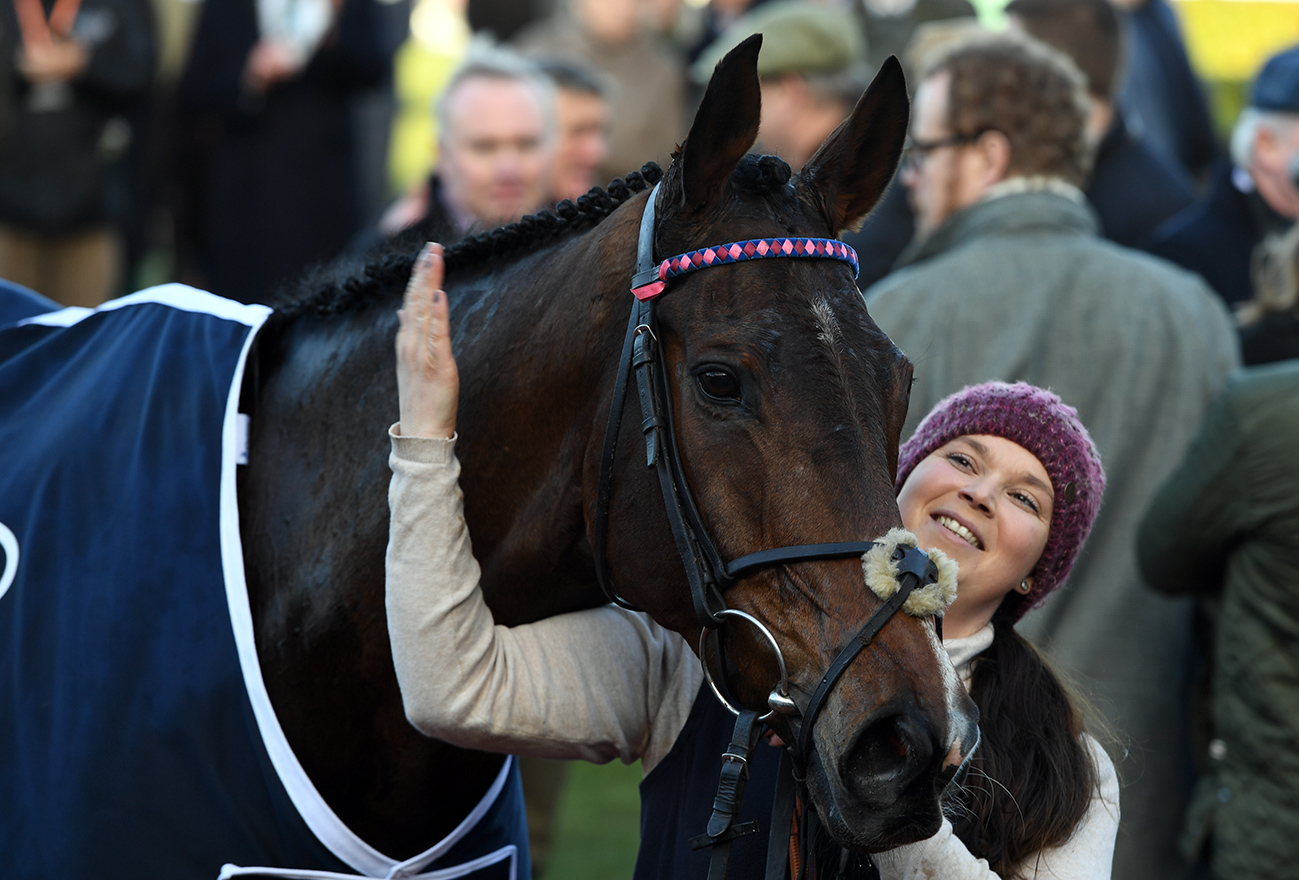 The most impressive winner of the afternoon was Pied Piper, who was slashed into 11/4 for the JCB Triumph Hurdle by Paddy Power after running away with the Grade 2 Triumph Trial Juvenile Hurdle for Gordon Elliott.

Allowed to creep into the race by Davy Russell, Pied Piper cruised into attention rounding the home turn and following a fine leap at the last, lengthened clear for a nine-length success ahead of Moka De Vassy as the 11/4 favourite.

The son of New Approach won two races on the Flat for his owner-breeder, The Queen, and was a pricey 225,000gns by Joseph Logan on behalf of his current owners, Andrew and Gemma Brown of Caldwell Construction Ltd, out of last year’s Tattersalls Autumn Horses in Training Sale. He made the perfect start to his hurdling career when successful on debut at Punchestown last month and now boasts two wins from as many starts in the sphere.

“He’s a grand horse,” Russell told Racing TV.  “He’s improved plenty from Punchestown, as we thought he would. He was immature the last day and he made a mistake down the back today but he figured it out pretty quickly after that so he must be intelligent.

“There’s the Triumph Hurdle but he has loads of options as there are plenty of Festivals at the end of the season. I’m sure Gordon will put plenty of thought into it and do what’s best for the horse.”

Also on Saturday, North Lodge landed a dramatic renewal of the Ballymore Novices’ Hurdle. Much of the pre-race attention focussed on the Henry Daly’s exciting multiple winner Hillcrest but he departed when hampered by the heavy fall of Harper’s Brook at the third.

That left just four runners, three of whom were still in contention as they turned into the straight. North Lodge, who was making only his second start, was just getting the better of Balco Coastal when he veered to his right, hampering his rival, and had to survive a stewards’ enquiry to keep the race. 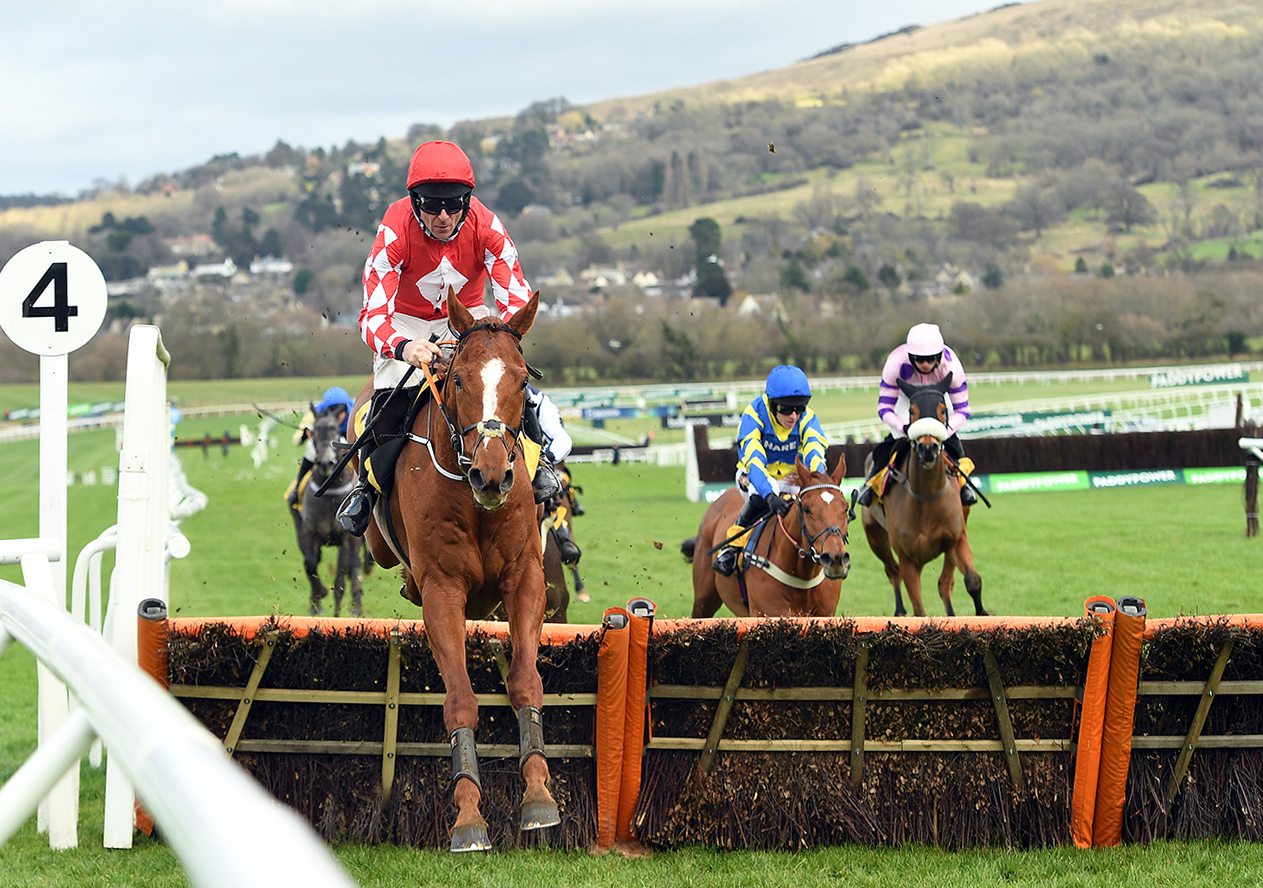 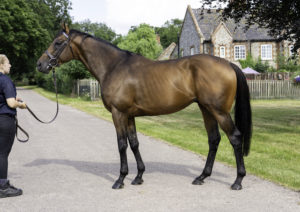