The Tattersalls Craven Breeze-Up Sale drew to a close on Wednesday evening with a muted session that burst into life when Yeomanstown Stud’s Caravaggio colt went the way of Alastair Donald at 240,000gns.

Out of the Galileo mare Bright Sapphire, the juvenile is a half-brother to the Group 2-placed Wall Of Fire and his second dam is Group 2 Cherry Hinton Stakes winner Jewel In The Sand.

Having been bred by Charlie Brooks, Yeomanstown Stud paid 155,000gns for him as a foal and opted to part with 130,000gns to buy him back from their draft at Book 1 of the Tattersalls October Yearling Sale last year.

Donald said: “He’s for a new Hong Kong client and he’ll go out there at the end of the season – we’ll keep him ticking over in pre-training before then. He’s a lovely, big, striking horse. He breezed well and looks the type to do well in Hong Kong.

“This is the first Caravaggio I’ve bought. I liked them as yearlings, and he looks to have an exciting two-year-old already [Tenebrism].”

David O’Callaghan of Yeomanstown Stud added: “We bought him back to Book 1, but it did not quite work out. He is a beautiful colt, breezed really well, great attitude, very pleased. He was always a lovely horse, and he hasn’t missed a day.”

Just a lot after the Caravaggio colt went through the ring, there was an excellent result for Tom Whitehead’s Powerstown Stud as his Union Rags colt was sold to Sheikh Abdullatif Almalek Alsabah for 185,000gns.

It was an excellent return on the $115,000 he cost as a yearling and he boasts a nice pedigree as he is out of the Grade 1 Alabama Stakes heroine Careless Jewel. The further family includes fellow top-level performers Fabulous Notion, Fabulously Fast, City Of Light, Cacoethes and Island Jamboree.

Immediate plans for the Union Rags colt indicate for him to run in Britain before heading back to the US.

Whitehead had another good return earlier in Wednesday’s session when his Practical Joke colt out of the Super Saver mare Sky Saver was snapped up by trainer Michael O’Callaghan for 140,000gns.

Relflecting on his strong results, Whitehead said: “I am very pleased. They are two nice horses, and the Union Rags will be a lovely horse later in the year.

“It was touch and go whether we’d get to the US last year, but the sales company was very good organised it all. That has been a great start, but we are only halfway there – we’ve another seven or eight to sell!”

For much of the second and final session, trade had been headed by a pair of colts by Aclaim and Showcasing respectively who both commanded fees of 150,000gns.

The first to hit that mark was from Tally-Ho Stud, vendors of the sale’s top lot in the shape of Tuesday’s 360,000gns Practical Joke filly, and the colt by the National Stud’s first-season sire Aclaim was bought by Stuart Williams acting on behalf of Opulence Thoroughbreds.

Bought back by the Irish operation for 68,000gns at last year’s edition of Book 1 of the Tattersalls October Sale having been pinhooked for €95,000 as a foal in 2019, the colt is a half-brother to Listed winner Lady Penelope.

Williams said: “He is not certain to come to me as I help Opulence with the buying. He is a good, strong horse and athletic. We liked the way he breezed, and he looks like he will be able to run as a two-year-old.

“If this was by a proven sire such as Night Of Thunder, we would not have been able to buy, but Aclaim was a very good racehorse himself and a good two-year-old.”

The second lot to hit the 150,000gns on Wednesday evening was Katie Walsh’s Showcasing colt from her Greenhills Farm operation and it was bloodstock agent Stephen Hillen who had the final say for the individual.

Sourced for 65,000gns at last year’s Tattersalls December Yearling Sale, the colt is the first foal out of the Hellvelyn mare Swirral Edge and his page includes the Listed winner Fashion Queen and Flying Childers and Molecomb Stakes scorer Wunders Dream.

Another for @StephenHillenBS at the #TattsCraven Breeze Up as he goes to 150,000gns for lot 101, a Showcasing colt consigned by @katiewalsh9‘s Greenhills Farm. pic.twitter.com/Lf07dgp2At

Robson Aguiar’s €22,000 pinhook of a Dabirsim colt was rewarded when Richard Brown went to 140,000gns to secure the individual.

The colt is from the first crop bred in the aftermath of the stallion’s start at stud and is the first foal out of the placed Elusive Quality mare Araca. His fourth dam is none other than the Wildenstein family’s outstanding All Along.

Brown said: “He’s to go to David Simcock. He’s an early foal but I think he’ll need a bit of time – he’ll get that with David and we’ll look to start him in August or September times. 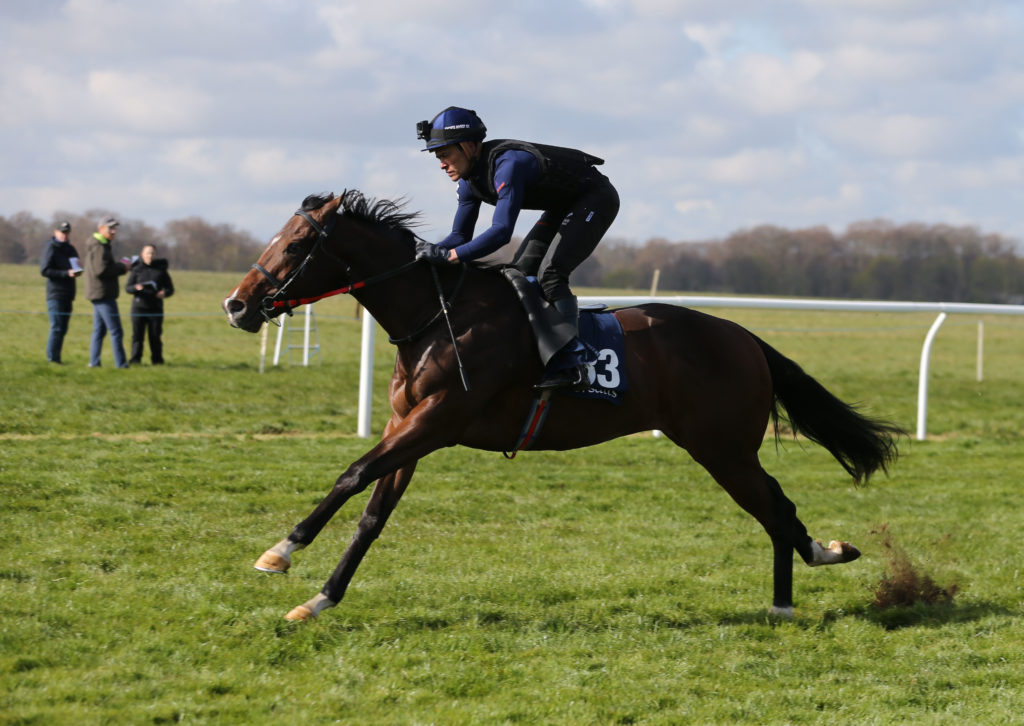 Tattersalls Chairman Edmond Mahony said: “We introduced the £250,000 Craven Royal Ascot/Group 1 Bonus this year, in addition to the lucrative £15,000 Craven Breeze-Up Bonus and it is clear that owners have embraced these unprecedented bonuses.

“We have seen solid and diverse demand at all levels of the market from start to finish, which has produced the best Craven Breeze-Up clearance rate since 2000 and key indicators which have held up well, especially when taken in the context of the Covid-related challenges and restrictions, which we are still grappling with and which continue to hinder international travel.

“Nevertheless, to hear consistently positive feedback from owners, trainers, agents and consignors about the bonuses has been gratifying, and reinforces our commitment to exploring as many innovative ways as possible to reward owners who buy at Tattersalls with extra prize-money.

“There is no doubt that we will see plenty of this crop of Craven Breeze-Up graduates performing at a high level and it would be even more pleasing than usual if the Royal Ascot and Group 1 bonuses were won in the coming months.

“Despite the prolonged difficulties with international travel, overseas buyers have again demonstrated their appetite for high-class Tattersalls breeze-up two-year-olds.

“Buyers from America, Bahrain, Dubai, France, Italy, Qatar, Saudi Arabia and Singapore have all been active, many of them using the liver internet bidding platform, and as well as paying tribute to the consignors who have, as ever, presented an outstanding collection of two-year-olds.” 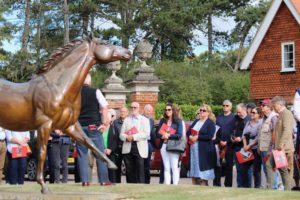