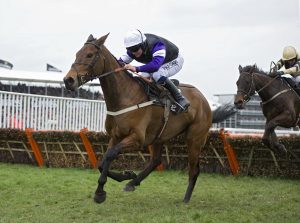 Campbell Gillies, whose finest hour in the saddle came just three months ago aboard Brindisi Breeze at the Cheltenham Festival, has died on holiday in Greece the day before his 22nd birthday.

The Scottish-born jockey was attached to Lucinda Russell’s Arlary House stable in Milnathort and in a statement on her website the trainer said: “This dreadful news has hit the whole yard. He was a much loved, popular and respected member at Arlary House, and it is so hard to lose part of our ‘family’. Our hearts go out to his mother Lesley, brother and sister Finlay and Rita.

“We are immensely proud of the achievements of Campbell. It was through his innate ability and talent that he reached great heights as a jockey at such an early age. More than that he had a wonderful charm that I believe came across to everyone who met him, and through his media interviews.”

Russell’s partner and assistant trainer, the former champion jump jockey Peter Scudamore, added: “His victory at Cheltenham on Brindisi Breeze was the pinnacle of Campbell’s career; the race epitomised him as a jockey, his belief and confidence and his innate timing. He became one with the horse. This empathy and love of his horses was one of the reasons that he was a truly great jockey.”

Gillies’ death follows that of his Grade 1 Albert Bartlett Novices’ Hurdle Brindisi Breeze, who was killed in a road accident after jumping out of his paddock on May 18. The six-year-old son of King’s Theatre had won four of his five starts under rules, each time in the hands of the young jockey. 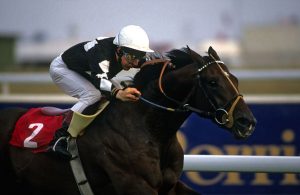 Up Next
Desert Sun dies in Australia