Racing broadcaster Nick Luck presided over the presentation of 14 awards at the event, where breeders from the south west of England collected the majority of the prizes which celebrated British-bred success from the 2020-21 British and Irish National Hunt racing season.

Honeysuckle who ended the season the highest rated hurdler on either side of the Irish Sea on a mark of 165, won a pair of trophies. She retained her grip in the Leading Hurdler Mare category (Mickley Stud Trophy), whilst she also created history in being the first mare to be crowned Leading Hurdler, for which Doug Procter of the Glanvilles Stud representing breeder Dr Geoffrey Guy, picked up the Highflyer Bloodstock Trophy.

Another south west stud to celebrate double success on the evening was Simon Sweeting’s Overbury Stud.

The first trophy collected was the Horse & Hound Cup, awarded to Schiaparelli, who was the leading British-based Active Stallion (for individual chase winners). This was the seventh successive time the prestigious trophy has headed to Overbury, who won it previously with Kayf Tara.

The second trophy presented to the Gloucestershire-based stud was the Dudgeon Cup, awarded to Rosita Bay, dam of Thyme Hill, who was crowned NH Broodmare of the Year.

The Batsford Stud Trophy (Leading Chaser) was also an export to the south west. Dashel Drasher, a son of Passing Glance bred on Exmoor by Camilla Scott, wife of trainer Jeremy, was unbeaten at Ascot in three starts last season, culminating in success in the Grade 1 Ascot Chase.

The mares’ equivalent, the Peel Bloodstock Trophy, awarded to the Leading Chase Mare went to the Goldford Stud-bred Chilli Filli, a two-time Listed winner in the season.

With a rating of 155 in the Anglo-Irish rankings, My Drogo was the highest-rated British novice last term. He was also hailed as the Leading Novice Hurdler (Shade Oak Stud Trophy). He was bred by Richard and Lizzie Kelvin-Hughes. 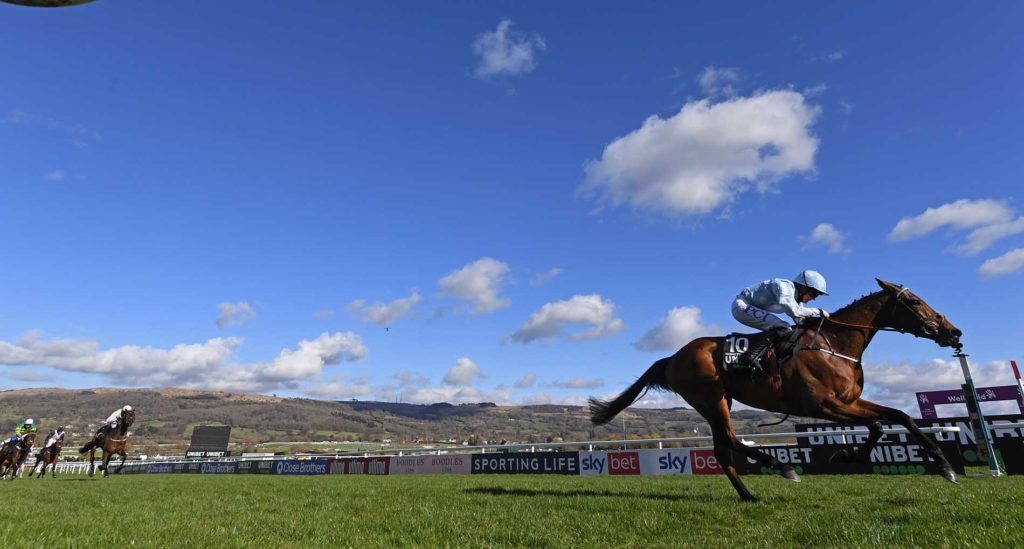 The Leading Novice Chaser award was sponsored this time by David and Kathleen Holmes in memory of their former stallion Midnight Legend. Appropriately the award was won by a son of the stallion in the shape of Grand Annual Handicap Chase winner Sky Pirate, who was bred by Cedric Brookes.

Berkshire-based breeder Rita Vaughan was the recipient of the Yorton Stud Trophy, which recognised Elle Est Belle, a Listed winner and third in the Weatherbys Champion Bumper, as the Leading National Hunt Flat Mare.

The geldings’ equivalent, the Distillery Stud Trophy, was awarded to John and Alice Dawson, breeders of the Trans Island gelding I Like To Move It, a dual winner and Listed runner-up at Newbury in February.

The Whitbread Silver Salver had a new sponsor in the shape of Beswick Brothers Bloodstock. The award, which is given to the Leading Active British-based Stallion (2020-2021 NH earnings), was collected by Julian Dollar on behalf of the accomplishments of Nathaniel.

There were two special recognition awards presented at the event. The first, the Eric Gillie Ltd Trophy, was awarded to Seeyouatmidnight. The son of Midnight Legend came back from retirement and ended his career on a high as a newly turned 13-year-old when winning the Veterans’ Chase Final at Sandown Park in early January.

The final award of the evening, the Queen Mother’s Silver Salver, was presented to Henry Cole. The Taunton-based breeder has been breeding National Hunt horses for half a century. Success with the likes of Desert Queen, Dubacilla, Just So and Mister Malaky all stem from his first mare purchased, Just Camilla, in 1969.

TBA NH Committee Chairman Bryan Mayoh said: “This past National Hunt racing season witnessed some brilliant performances from British-bred horses, and it has been great to be able host a dinner this year to celebrate them. Last year we were able to deliver an online event to recognise the successes of British breeders and this received a great feedback, but we are pleased that government guidelines allow for events to return.

“Thanks to TBA initiatives such as NHMOPS, the Great British Bonus and the Elite Mares’ Scheme National Hunt breeding in this country is in a much healthier state. We have worked collaboratively with the British Horseracing Authority on improving and promoting the race programme for mares and are incredibly thankful to the Horserace Betting Levy Board for its support.

“I would like to thank the TBA’s NH Committee, Nick Luck, Goffs UK, James & Jean Potter Ltd, Racing TV, Ascot Racecourse, and all of our trophy sponsors for their vital ongoing support.” 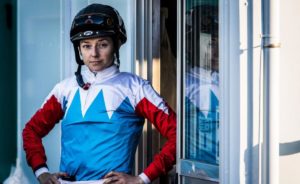 Up Next
Mickaëlle Michel excited to make Shergar Cup debut