Previously successful in the 2017 and 2018 editions of the race, Bristol De Mai turned in a typically outstanding round of jumping as he boldly dictated matters out in front. Only favourite Clan Des Obeaux was within striking distance of Nigel Twiston-Davies’ popular grey as they turned into the home straight but Bristol De Mai had plenty left in reserve and under Jacob’s urgings, lengthened away from his rival for a two-length score.

Lostintranslation, who was never travelling, was well held another 45 lengths away in third.

Bristol De Mai joins past greats such as Kauto Star and Cue Card as multiple winners of the Betfair Chase.

“He’s a wonderful horse,” an emotional Daryl Jacob told ITV Racing. “You need horses like this to bring out the good days. He’s done wonders for my career. A lot of credit has to go to Sparky [Nigel Twiston-Davies’ head lad] – he’s done a wonderful job with him.

“This is very special because we’ve all had a very difficult few months with Covid.”

Bristol De Mai is now the winner of ten races since his arrival in Britain for owners Simon Munir and Isaac Souede, among them five at Grade 1 level, and confirms his place as the highest-rated performer sired by the late French stallion Saddler Maker. Bred in France by Jean-Yves Touzaint, he is a half-brother to minor winners Riva and Ula De Mai and out of the unplaced La Bole Night, by April Night.

There was another popular winner earlier on the Haydock card in Main Fact, who captured his ninth straight victory for trainer David Pipe in the Grade 3 Betfair Exchange Stayers’ Handicap Hurdle. 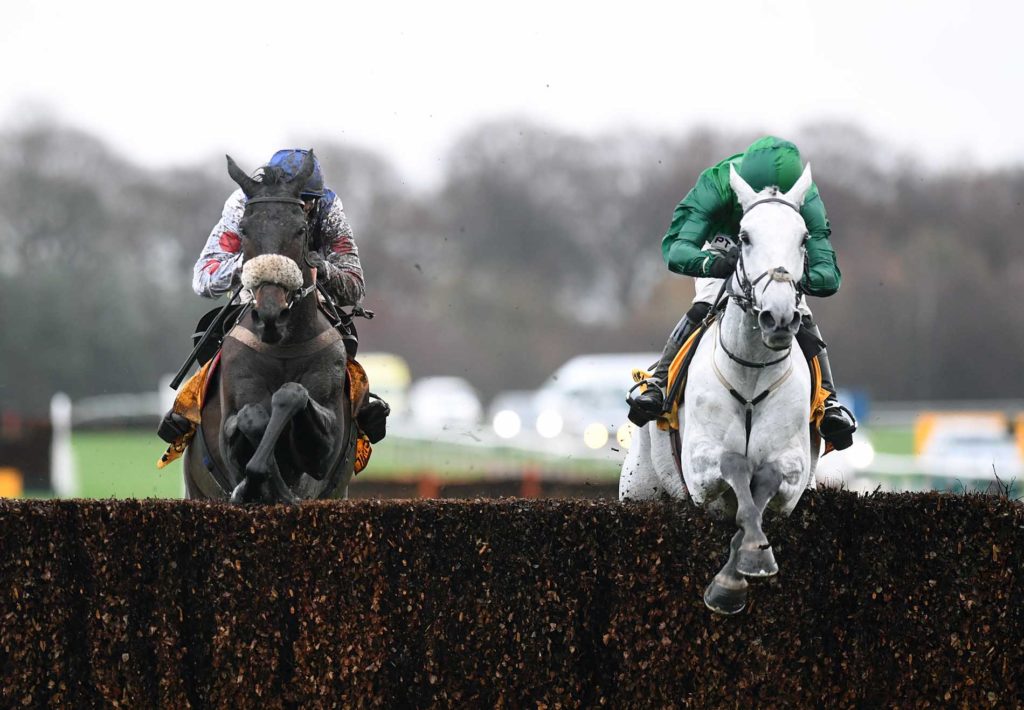 Bristol De Mai (right) puts in another good jump at the second last fence to win the Betfair Chase under Daryl Jacob at the expense of Clan Des Obeaux – Photo: George Selwyn

Imperial Aura confirmed that he is a young chaser on the up with an authoritative five-length win in the Grade 2 Chanelle Pharma 1965 Chase at Ascot.

Only four runners went to post for the 2m5f contest and when an uncharacteristic error by Black Corton saw him part company with Bryony Frost at the tenth fence, it was left to Imperial Aura to assume the advantage.

The Kim Bailey-trained gelding answered every call of jockey David Bass to throw in a series of impressive leaps to help seal victory. Itchy Feet, who was let down by his jumping at times, stayed on to take second, two-and-a-half lengths ahead of Real Steel in third.

“He was so good,” Bass told ITV Racing. “He measured his fences so well – he was just winging them. I didn’t want to be in front so soon but he took me on quite early and I just had to sit and wait and use his jumping just to get into it.

“There’s more to come from him. Jumping is a big asset of his and he’s improved from last year.”

With that win in the bag, Imperial Aura was shortened into favouritism by most firms for the Ryanair Chase at next year’s Cheltenham Festival. The gelding struck at last season’s event when successful in the Listed Northern Trust Company Novices’ Handicap Chase.

A son of Boardsmill Stud’s veteran Kalanisi, Imperial Aura was bred by Headfield Farm Ltd out of Missindependence, by Executive Perk. He was purchased by KRB and Imperial Racing for €26,000 at the 2016 Goffs Land Rover Sale.

Song For Someone impressive

Last season’s Kingwell Hurdle winner Song For Someone made every yard a winning one to take the Grade 2 Coral Hurdle, also on Ascot’s card.

The outsider of the three runners at 11/4, Song For Someone benefitted from a shrewd front-running ride by Nico de Boinville to run out the five-length winner over Call Me Lord. The favourite Laurina raced keenly and after emptying approaching the penultimate flight, was allowed to come home in her own time under Harry Cobden.

Song For Someone’s win maintained the fine run of form enjoyed by trainer Tom Symonds and de Boinville was quick to pay credit to the handler.

“Full credit to Tom Symonds, he’s got his stable in flying form,” he told ITV Racing. “Song For Someone was very gutsy. Hopefully there’s a bit more to come from him. It’s great his owner, Lady Gibbings, is here to see it.”

Song For Someone began his career in France for Jean-Pierre Bervoets, who bred the gelding out of the winning Danehill Dancer mare Sveni Hill. He is a son of former Cheveley Park Stud stalwart Medicean. 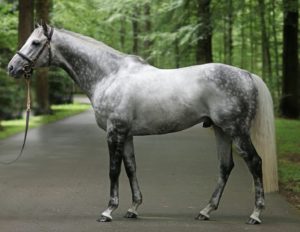