Powell banned for one year
News

Grandson starts next chapter in the Shamardal story

The racing world said farewell to one of the most significant sires of the recent era last month with the death of Shamardal at Darley’s Kildangan Stud. An exceptional source of Group 1 talent, an emerging sire of sires and noted broodmare sire, Shamardal was a terrific all-rounder who could be relied upon to produce stock with tough, sound constitutions, making them well liked by trainers.

His death has left a major void in the European stallion ranks, although for Darley, there is at least the consolation of managing the stud career of his son Blue Point alongside the mouth-watering prospect of standing Pinatubo, Earthlight and Victor Ludorum later down the line.

The next chapter in Shamardal’s burgeoning legacy could well arrive before then, however, in the shape of grandson Belardo. Also part of the Darley roster at Kildangan Stud, Belardo was an instrumental element in the fast start made at stud by his sire Lope De Vega, the 2010 Poule d’Essai des Poulains and Prix du Jockey Club hero who in turn was a leading light of Shamardal’s own first crop.

In keeping with the attributes often associated with Shamardal’s own sire Giant’s Causeway, it’s a hardy line whose better representatives are often equipped with their share of pace and juvenile talent, of which Dewhurst Stakes winner Belardo himself was a fine example. 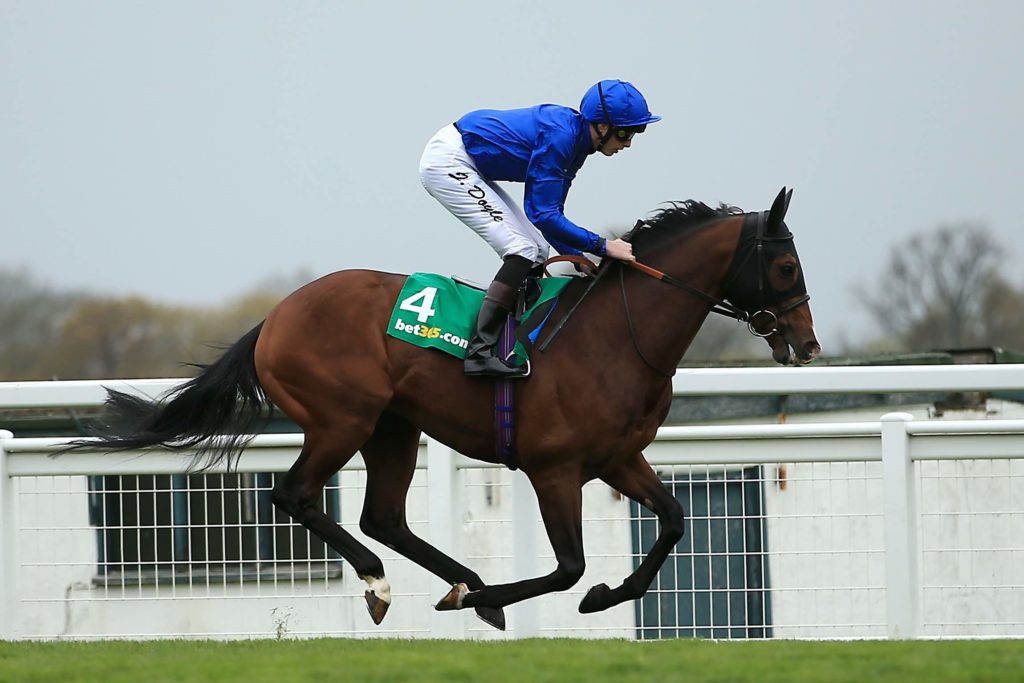 Belardo, standing at Kildangan Stud in Ireland, was a Group 1 winner at two and four – Photo: PA Images

Belardo’s victory in the 2014 Dewhurst Stakes at Newmarket sealed a high-profile first crop of two-year-olds for Ballylinch Stud’s Lope De Vega that also included the fast Group 3 winners Burnt Sugar and Royal Razalma. Fittingly, both Belardo and Burnt Sugar were bred by Ballylinch and had been sired when their sire stood for just €15,000; nine years on and with ten Group 1 winners behind him, he is today one of the world’s most sought after stallions at a fee of €100,000.

Once again, Lope De Vega’s current three-year-olds include a clutch of Classic prospects, among them Ecrivain and Max Vega, while an early daughter is already responsible for last year’s Prix Eclipse winner Devil. Needless to say, a bold showing by Belardo – Lope De Vega’s first son to stud – with his first two-year-olds would add further fuel to that ascendancy.

One man firmly in Belardo’s corner is Roger Varian, who saddled the horse to win five races over the course of his three-year career. In addition to the Dewhurst, they also included another Group 1 in the Lockinge Stakes alongside a pair of Listed events. Both Group 1s came under Andrea Atzeni, with whom the horse developed a particularly good partnership.

Now Varian’s Carlburg Stables houses three of Belardo’s 93-strong crop including his most expensive yearling, a 200,000gns colt out of La Patria.

“Belardo was one of the most athletic horses I have trained,” says Varian. “He had an elastic action. From day one, he was a natural two-year-old. We liked him from the spring of his two-year-old year and he went on to win first time out in June in what turned out to be quite a warm maiden at Yarmouth.”

Belardo was a very good two-year-old who trained on and was a very clean-winded horse. You would have to say he ticks a lot of boxes

A wide-margin win in the Washington Singer Stakes at Newbury followed and after running fourth in the Champagne Stakes at Doncaster, he placed an exclamation point on that first season in Prince Faisal’s colours by capturing the Dewhurst Stakes, running down Kodi Bear to win easily by two lengths going away.

That Group 1 breakthrough prompted Godolphin to purchase a majority share in the colt and although any Classic aspirations failed to materialise the following year, he ended that season on a high note when second to Solow in the Queen Elizabeth II Stakes at Ascot. He was even better at four when that Lockinge win preceded a game runner-up effort to Tepin in the Queen Anne Stakes at Royal Ascot.

“He was a very good work horse, exceptionally impressive at home, and so when you have a horse like that, you hope that he could develop into a Group 1 horse,” says Varian. “Sometimes it doesn’t work out but in his case it did.

“Although a Dewhurst and Lockinge winner, he also ran Solow close in the Queen Elizabeth II Stakes and was only beaten half a length by Tepin in the Queen Anne the following year. So he wasn’t far off beating two champions as well. He was a very good horse, a very natural horse, and tough as well.”

Belardo, who is out of Cheveley Park Stakes runner-up Danaskaya, by Danehill, and a relation to successful sire Mujadil, stood his first two seasons at Kildangan Stud for €15,000. He has latterly been available for €10,000.

Four of his first yearlings through the ring made six figures and interestingly, two of them received the Mike Ryan seal of approval, with the American-based agent going to 150,000gns for a colt out of Vandergirl on behalf of Klaravich Stables, and to 110,000gns for a filly out of Gallice. Of course, Ryan already has an affinity with the line, having purchased Lope De Vega’s champion daughter Newspaperofrecord out of the Tattersalls October Sale. As with that filly, both Belardo youngsters will now be trained by Chad Brown.

Shadwell Estate Company also paid 135,000gns for a colt out of the Listed-placed You’re Back, now with Charlie Hills. 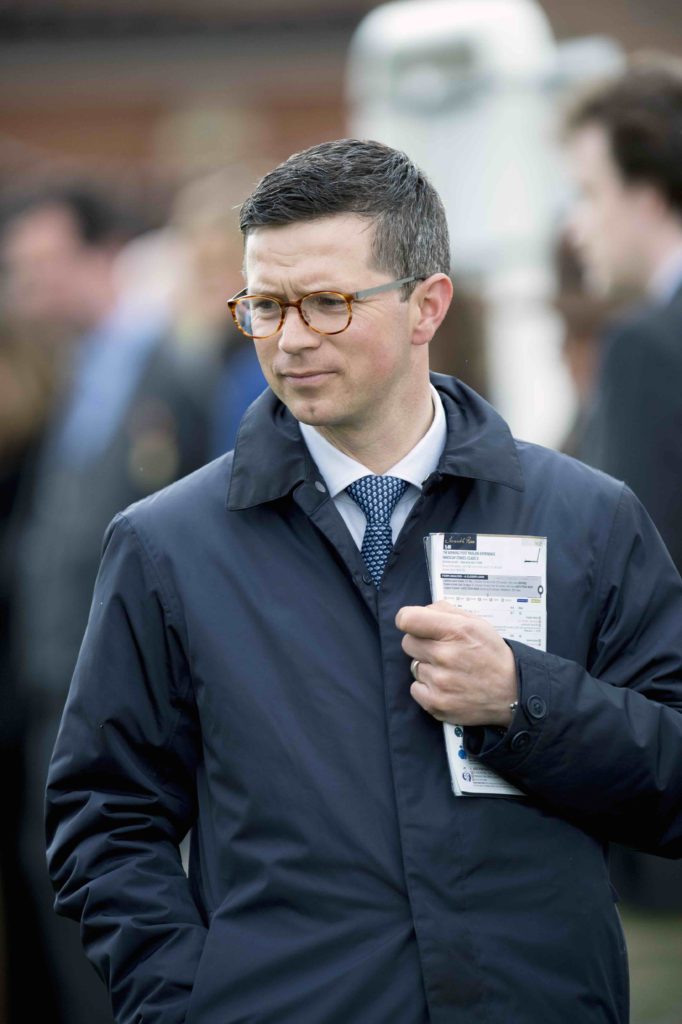 Roger Varian: trained Belardo and is excited by the young sire’s progeny in his stable – Photo: George Selwyn

Appropriately enough, however, it is Varian who has taken charge of the stallion’s most expensive first-crop yearling (now a two-year-old), the 200,000gns colt out of La Patria.

Bred and sold by Andreas Putsch’s Haras de Saint Pair, the colt is the first foal out of his Listed-placed dam, a Dubawi daughter of German Group 3 winner Evil Empire.

At the other end of the spectrum, Varian also trains a filly named Belardie out of Elite, an Invincible Spirit half-sister to Group 1 winner Olden Times. She cost just £11,000 at the Goffs UK Premier Sale.

“The filly I have is very precocious, a good goer,” says Varian. “She’s an incredibly deep girthed, powerful filly with the speed for five furlongs. If we are racing by the end of May and there is two-year-old racing, she is one who could be running.

“The two colts I have are going to take a little bit more time. They’re more seven-furlong types for this year. The colt out of La Patria is a beautiful horse; he really looks the part. Both of them have very good actions and a good amount of quality about them.”

He adds: “Belardo is by Lope De Vega, who is going great guns, and he’s out of a Danehill mare, which they say is a good thing. He was a very good two-year-old who trained on and was a very clean-winded horse. You would have to say that he ticks a lot of the boxes.” 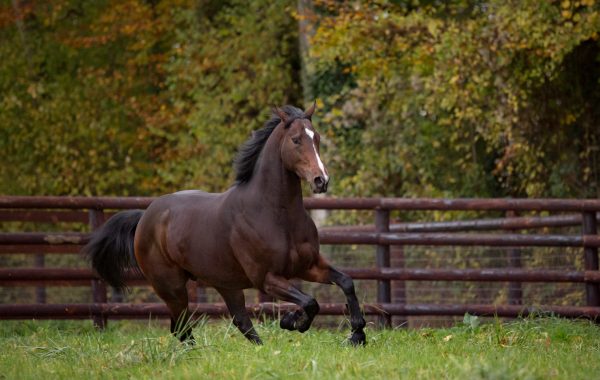 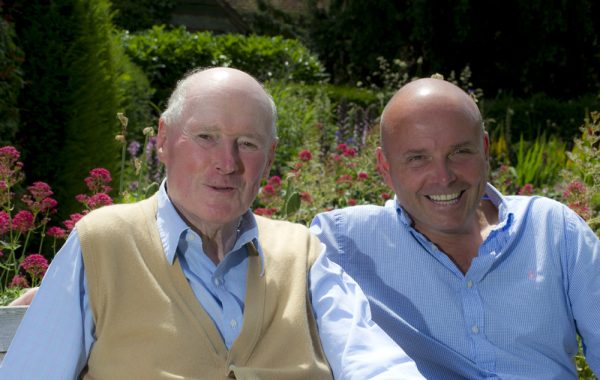 Charlie Parker to join BHA Board 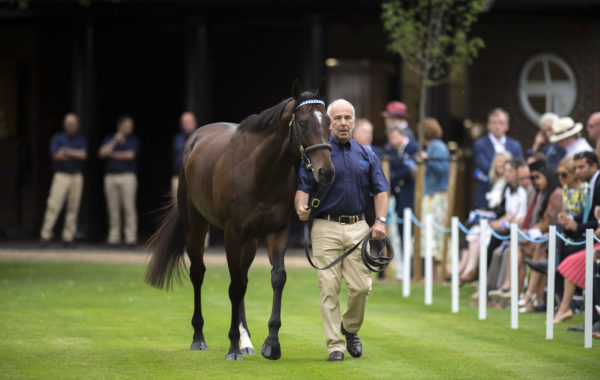 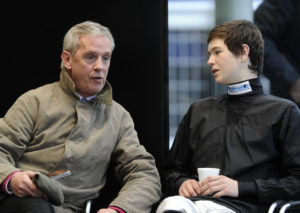 Up Next
Powell banned for one year