The British Horseracing Authority has revealed ten key measures that will strengthen the regulation of shared racehorse ownership in Britain. The announcement follows the completion of an industry-wide consultation into the sector in autumn 2020.

Among the measures to be implemented are a strengthening of the existing Code of Conduct for syndicates. Currently, it requires all syndicates that advertise publicly or charge a management fee to provide syndicate members with a contract that covers specified areas.

The syndicate Code of Conduct will now be extended to cover the following terms: the acquisition costs of the horses; what will happen in the case of a horse’s retirement; and the dispute resolution procedure.

These terms will be implemented from May 1 as part of phase one of the new measures alongside the introduction of a new Code of Conduct to cover racing clubs. Syndicators must confirm how and when prize-money will be paid to members and ensure the addition of syndicate members who accumulate bad debt to a forfeit list.

In addition, as part of the registration process and ongoing spot checks, the BHA will annually review a proportion of contracts to check compliance with the code. A Code of Conduct will also be introduced for racing clubs.

Phase two of the measures will be introduced in the summer and will introduce additional questions into the syndicate registration form to better understand financial arrangements and how upfront costs will be covered. A sustained campaign to publicise the Codes of Conduct will also begin.

The third and final phase of the new measures will be implemented in early 2022. They include:

• Ensuring all syndicate members and their percentage shares are recorded with the BHA
• Allowing all syndicate members with more than two per cent share access to view their ownership online
• To begin auditing a proportion of syndicate and racing club contracts to ensure compliance with the Codes of Conduct
• To prioritise the improvement of syndicate and racing club administration systems to allow for easier compliance with new regulations and a better ownership experience.

Plans will be developed and tested with syndicators and club managers that will help ensure the processes and systems that support implementation of the measures are effective, facilitate BHA regulation and simplify ownership administration.

Throughout implementation, each phase will be communicated in advance to all stakeholders with clear lead in times in addition to help and support for syndicators and club managers in understanding and adapting to the changes.

Richard Wayman, Chief Operating Officer of the BHA, said: “It is vital for the future of our sport that we are able to attract and retain racehorse owners. Syndicates and racing clubs clearly have a pivotal role to play in those efforts.

“My thanks go to all of those who took part in the consultation and took the time to offer the feedback which has been central in devising this important package of measures.”

Charlie Liverton, Chief Executive of the Racehorse Owners Association, added: “Racehorse owners contribute over £30m a month to the rural economy and whether they are sole owners, in a partnership with friends and family, or part of a syndicate, their retention is critical to the future of the sport.

“Shared ownership in horse racing is thriving across many racing jurisdictions and ensuring that those joining a syndicate or racing club have confidence in our sport is crucial. The ROA recognises this consultation as an important piece of work to build public confidence and join what is the greatest thrill – ownership off a racehorse.” 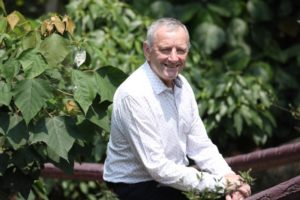 Up Next
Goffs appoint Mark Richards as British agent