Benbatl retired to take up stud duties in Japan

Godolphin’s much-travelled middle-distance star Benbatl has been retired from racing aged seven and will begin his stallion career at Big Red Farm in Japan.

The son of Dubawi enjoyed ten victories over five seasons, including Group 1 victories in three different countries, having started his career aged three by winning a Doncaster maiden.

Quickly making up into a smart performer for trainer Saeed bin Suroor, he finished second in the Dante Stakes at York before a respectable fifth behind Wings Of Eagles in the Derby at Epsom, later taking the Hampton Court Stakes at Royal Ascot.

Benbatl really blossomed during his four-year-old season, securing a brace of Group 1 victories in the Dubai Turf at Meydan and the Grosser Dallmayr Preis – Bayerisches-Zuchtrennen at Munich, both under Oisin Murphy.

Sent to Australia for the 2018 Ladbrokes Stakes at Caulfield, Benbatl added a third top-level triumph, seeing off fellow Godolphin runner Blair House by a short-head. 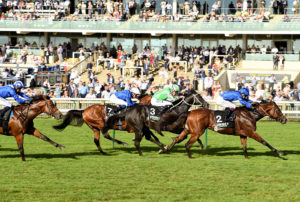 Nothing if not versatile, Benbatl also managed a win on dirt in the 2020 Al Maktoum Challenge, which he followed with an excellent third behind Maximum Security and Midnight Bisou in the inaugural Saudi Cup at Riyadh.

Closer to home the Group 2 Joel Stakes at Newmarket was a regular target for Benbatl, recording victories in the mile contest this year and in 2019, and finishing third to 2,000 Guineas victor Kameko in 2020.

Benbatl’s globetrotting exploits yielded almost £6 million in prize-money. He was last seen finishing towards the rear in the Queen Elizabeth II Stakes on Champions Day when the rain-softened ground did not play to his strengths.

Out of the Selkirk mare Nahrain, a dual Group 1 winner for Sheikh Ahmed Al Maktoum, Benbatl is by far her best progeny. His grand-dam Bahr, a daughter of Generous, won the 1998 Ribblesdale Stakes for Godolphin. 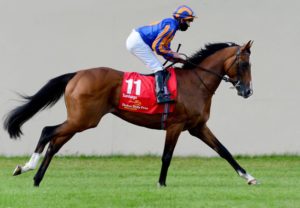 Up Next
Irish Derby hero Santiago retired to Castlehyde