Victory in a second successive Nunthorpe Stakes for Battaash set the seal on an outstanding day at York on Friday for Sheikh Hamdan and jockey Jim Crowley.

The association was unstoppable, with Battaash’s success coming hot on the heels of an impressive win by two-year-old Minzaal in the Gimcrack Stakes and a brave performance by Enbihaar to take the Lonsdale Stakes. Four-year-old Alfaatik also made light of a lengthy absence to carry Sheikh Hamdan’s colours to victory in the opening 1m4f handicap.

The Nunthorpe wasn’t quite the tour-de-force of a year ago when Battaash lowered Dayjur’s track record. Instead Charlie Hills’ gelding had to call on all his reserves on the slower ground to run down pacesetter Que Amoro and win by a length in a time of 57.38 seconds.

Que Amoro, trained by Michael Does, ran an excellent race under Paul Mulrennan to take second, two lengths ahead of the third Moss Gill. Neither of the well fancied three-year-olds, A’Ali and Art Power, were able to land a blow. 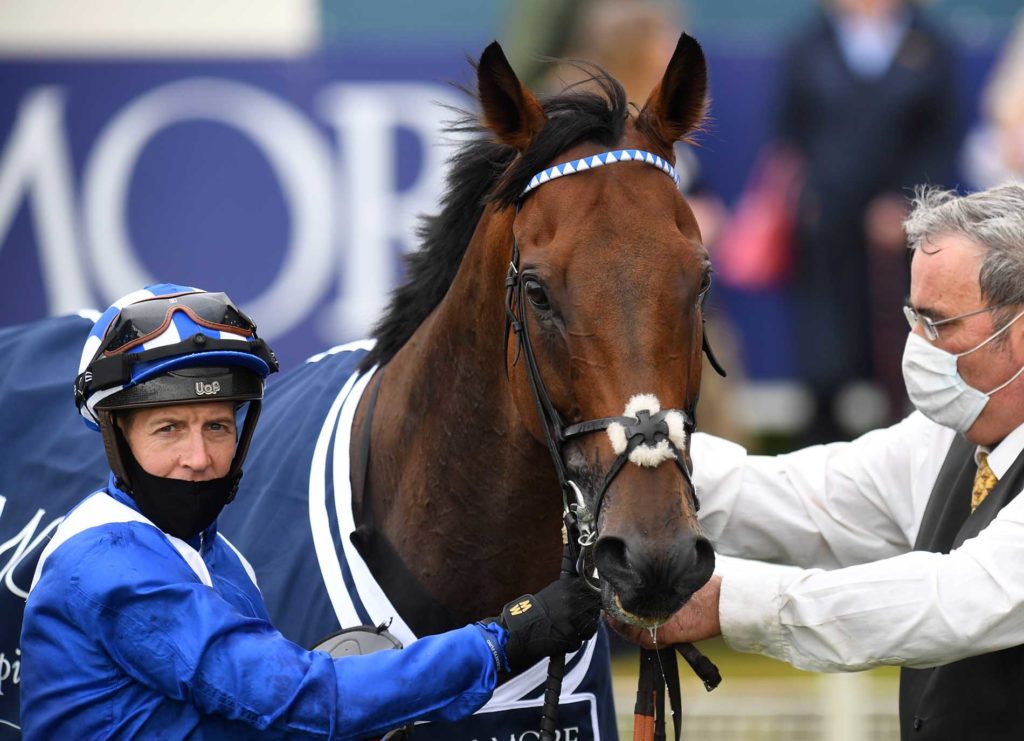 “Battaash is an amazing horse, we’re lucky to have him,” Jim Crowley, celebrating a 127-1 four-timer, told ITV Racing. “He had to dig very deep because that horse [Que Amoro] was hard to pass. We went a hell of a gallop and then the wind was blowing us across the track to the stands rail. Normally he doesn’t have to battle because he has his races won at halfway, but today he stuck his neck out and he wanted it. It’s a massive team effort.”

Now the winner of four Group 1 races, Battaash is one of seven Group 1 winners for Yeomanstown Stud’s Dark Angel. Bred by Ballyphillip Stud and a 200,000gns Tattersalls October purchase as a yearling, he is the first foal out of the unplaced Lawman mare Anna Law, a half-sister to Champagne Stakes winner Etlaala and to the dam of the high-class sprinter Tasleet.

MINZAAL ADDS TO THE MEHMAS BANDWAGON

Sheikh Hamdan also looks to have an exceptional two-year-old on his hands in the Owen Burrows-trained Minzaal, who stepped up from victory in a Salisbury maiden to run out the impressive winner of the Gimcrack Stakes.

A tardy start did nothing to diminish the colt’s chances, as he cruised into contention under Jim Crowley before quickening clear for a two-length success.

In the process, he became the third stakes winner for Tally-Ho Stud’s first-crop sire Mehmas, who was also responsible for the third home Mystery Smiles. Just for good measure, Tally-Ho also bred and sold the second Devilwala, himself a son of the stud’s stalwart Kodiac.

“He’s ultra professional,” said Jim Crowley. “When he won at Salisbury, it was like a piece of work for him and he didn’t take much out of himself. He’s obviously taken another big step forward, I couldn’t believe the ease with which he travelled today. He’s obviously a very high-class horse. He’s got a great mind on him and that will stand him in good stead.”

Minzaal becomes the second successive winner of the Gimcrack Stakes bred and sold by Derek Veitch’s Ringfort Stud after Threat, who was bred under the banner of the La Lumiere Partnership. In what has been an excellent week for Ringfort Stud, the operation also bred Thursday’s Lowther Stakes heroine Miss Amulet.

Minzaal is the fourth foal out of the unraced Clodovil mare Pardoven. Co-bred by Derek Veitch with Saleh Ali Hammadi, she is a half-sister to the Group 3-placed pair Firebet and Seeking The Prize, and out of the Listed-placed Dancing Prize.

Minzaal was bought for 85,000gns by Peter and Ross Doyle at the Tattersalls December Foal and resold through Glenvale Stud for 140,000gns to Shadwell Estate Company at Book 2 of the Tattersalls October Sale. 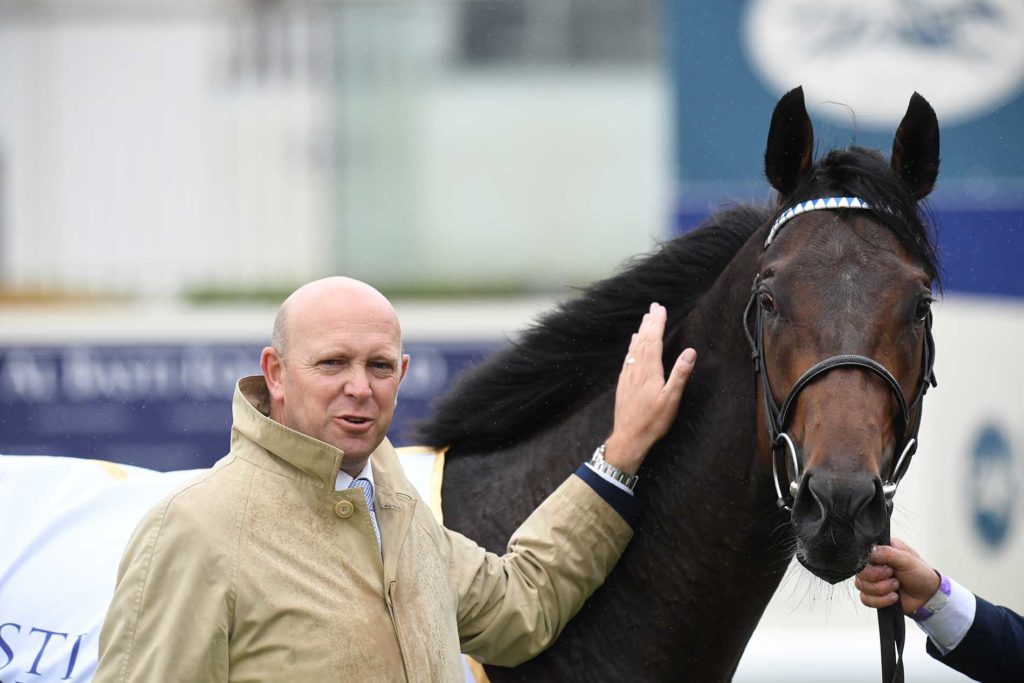 Enbihaar, meanwhile, showed an admirable attitude to answer every call to win the Lonsdale Cup.

The John Gosden-trained filly came into the race fresh off a bloodless score in the Lillie Langtry Stakes at Goodwood and was well backed to oblige on her first attempt at an extended two miles. Settled in behind, she made a stylish move to kick clear with Nayef Road and no sooner had she overwhelmed that rival, then Stratum closed with his challenge, ultimately falling three-quarters of a length short of the determined winner.

“She couldn’t be more genuine, she tries her heart out,” said Thady Gosden. “She has a lovely long stride and she really had to knuckle down there – there were some top stayers in there. The plan now would be to go to the Prix de Royallieu.”

Bred in Ireland by Haras du Mezeray, Enbihaar was purchased by Shadwell France for €500,000 as an Arqana August yearling and hails from the second French-conceived crop of champion Australian sire Redoute’s Choice. The outstanding son of Danehill is responsible for 115 Group winners overall, of which six were foaled in Europe. 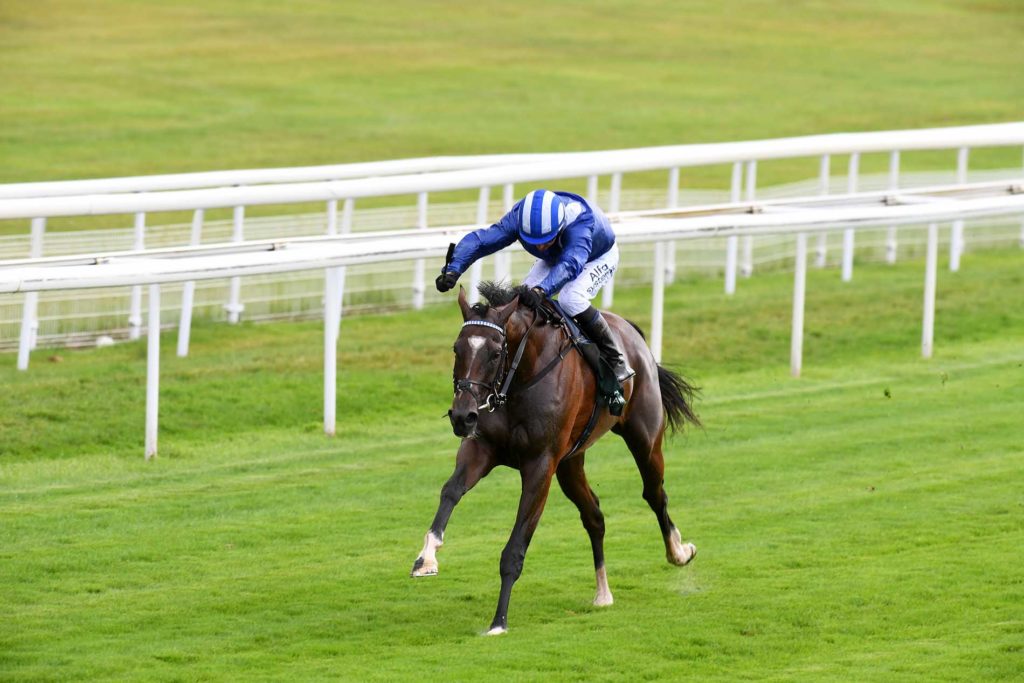 Enbihaar is the brave winner of the Lonsdale Cup. Photo – George Selwyn 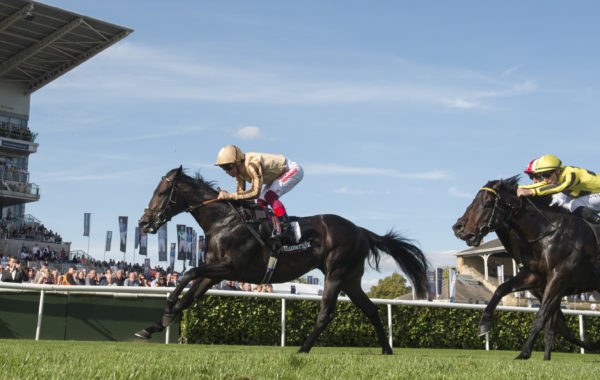 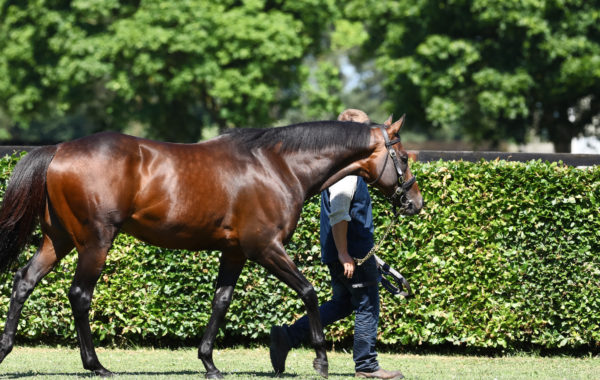 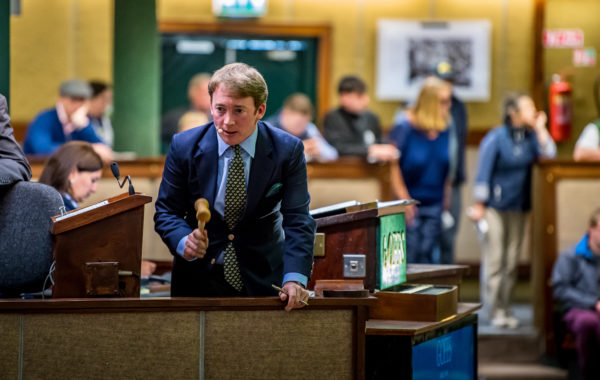 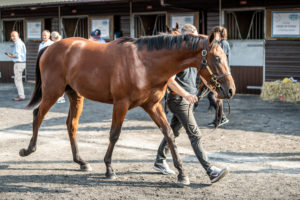 Up Next
Goffs Orby Sale switched to Doncaster