Copper Knight not to be underestimated
News

Battaash smashed York’s 5f course record with an outstanding display of speed in the Nunthorpe Stakes. In a performance reminiscent of Dayjur, another of Sheikh Hamdan’s brilliant sprinters, Battaash was never far from the leaders before cruising to the front and bounding clear of Soldier’s Call for a near four-length success.

“All the chat saying that he didn’t like York, and now he’s broken the track record, and that’s Dayjur’s record too,” said trainer Charlie Hills. “Jim gave him a peach of a ride. He’s some horse.

“I’d love to go to Ireland [for the Derrinstown Stud Flying Five Stakes] with him and then France [for the Prix de l’Abbaye].”

The Dark Angel gelding is the best of seven Group 1 winners for his sire, also responsible for dual Nunthorpe Stakes heroine Mecca’s Angel. 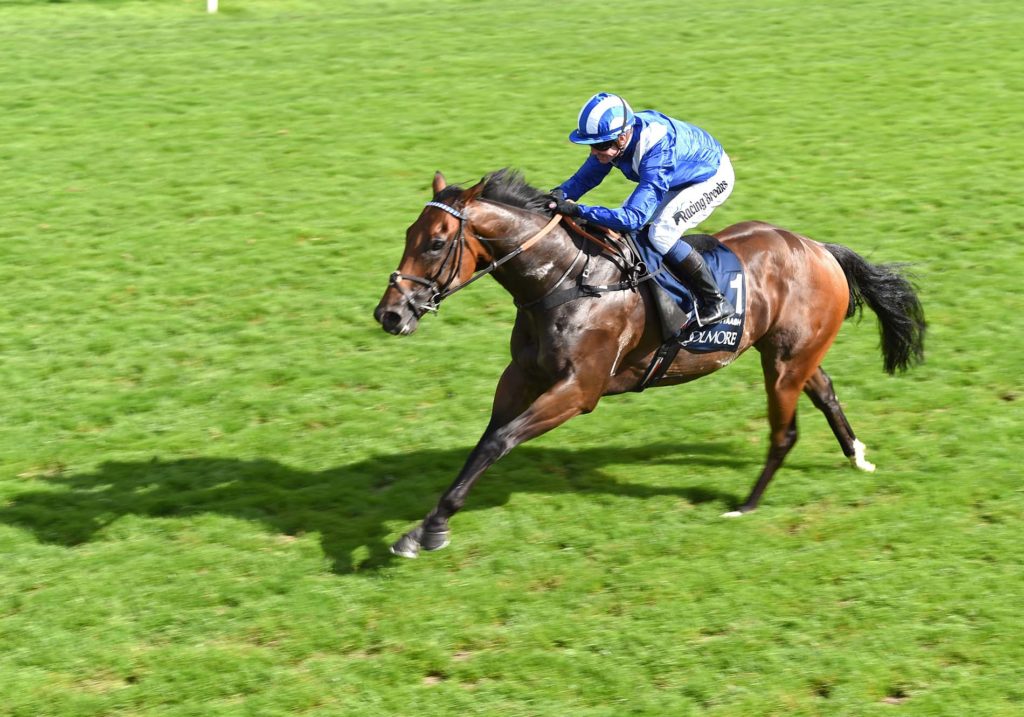 He was bought for 200,000gns by Shadwell Estates out of Book 2 of the 2015 Tattersalls October Sale from Ballyphilip Stud, who bred the horse out of Anna Law.

Ballyphilip Stud paid just 14,000gns for the unraced Anna Law, by Lawman, at the 2012 Tattersalls Autumn Horses in Training Sale. Despite her lowly price, Anna Law is well connected as a half-sister to Champagne Stakes winner Etlaala alongside the dam of Duke Of York Stakes winner Tasleet, both high-class Sheikh Hamdan colourbearers in their time.

A sister to Battaash is set to come under the hammer as part of the Ballyphilip draft at this year’s Book 1 of the Tattersalls October Sale.

Anna Law, however, wasn’t the only inexpensive purchase to shine on the Knavesmire on Friday. It took a bid of just 9,000gns from Ringfort Stud to secure Flare Of Firelight out of the draft of Haras de Fresnay-le-Buffard at the 2014 Tattersalls December Sale. By Birdstone and out of champion Shiva, Flare Of Firelight has now added to the family as the dam of Gimcrack Stakes winner Threat, himself bought for 100,000gns by Capital Bloodstock at the Tattersalls December Foal Sale on behalf of Cheveley Park Stud.

Stradivarius dances his way to another million

Another Weatherbys Hamilton Stayers’ Milliion bonus came the way of Stradivarius on Friday as Bjorn Nielsen’s popular stayer captured a second Lonsdale Cup Stakes at York, the final leg of the lucrative series.

As has become the norm with Stradivarius, the margin of success was a cosy one, with the horse doing just enough to hold off Dee Ex Bee after having set the seal on victory with his usual potent turn of foot.

“They’ve gone steady and then they’ve really picked it up from long way out,” said trainer John Gosden. “He’s travelled into the race and Frankie has thought I’ll go left and then no, I’ll go right, close to the grandstand. He’s quickened up well – he’s one of those horses that when he hits the front, he says ‘I’ve done it, I’ve done my job’. He’s very quick, as soon as Frankie eases up, he drops the lot.

“I think those great stayers, the likes of Sagaro and Yeats, have one thing in common – they can cruise and cruise, and then pounce. They have the turn of foot. And that’s his greatest weapon, he can travel and has that acceleration.”

Stradivarius’ winning run stretches back to October 2017 and encompasses nine Pattern victories, among them three Goodwood Cups and a pair of Gold Cups and Lonsdale Cups.

One of 12 Group 1 winners by Gilltown Stud’s Sea The Stars – who himself enjoyed one of his finest moments on the Knavesmire when getting the better of Mastercraftsman in the Juddmonte International – Stradivarius races for his breeder Bjorn Nielsen, who bought back the chestnut for 330,000gns at Book 1 of the 2015 Tattersalls October Sale.

Nielsen paid 70,000gns for his dam, Private Life, through Blandford Bloodstock at the 2006 Tattersalls December Sale and proceeded to breed the stakes-placed pair Magical Eve and Rembrandt Van Rijn out of the mare prior to Stradivarius. Private Life is also dam of German Group 3 winner Persian Storm, bred by Dr Christoph Berglar.

The Listed-placed Private Life was one of five stakes performers bred by the Wildenstein family out of Poughkeepsie, also the ancestress in recent years of another highly popular stayer in Protectionist. In turn, Poughkeepsie was out of Pawneese, one of the best horses to carry the Wildenstein colours. Trained by Angel Penna, Pawneese pulled off the relatively rare achievement of sweeping the Epsom and French Oaks, each by wide margins, before travelling to Ascot for the King George, where she made all under Yves Saint-Martin to defeat the older St Leger winner Bruni and that year’s Prix du Jockey-Club winner Youth.

Although she never won again, the daughter of Carvin was the best middle-distance performer of either sex in Europe during that golden period over the summer of 1976.

By contrast, Pawneese failed to produce a single stakes horse during her time at stud. However, her daughters have done their bit to keep her family in lights, while her Group 3-winning half-sister Petroleuse is also ancestress of this year’s leading French three-year-old Persian King. 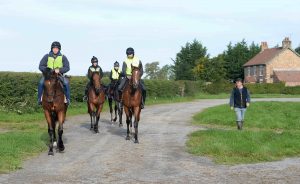 Up Next
Copper Knight not to be underestimated