A dramatic start to the five-furlong contest saw outsider Khaadem unseat Jamie Spencer in the stalls and gallop off riderless down the track, while crack US sprinter Golden Pal, sent off favourite, missed the break badly under Irad Ortiz Jr.

Rushed up to take up his regular position at the head of affairs, Golden Pal was a spent force by halfway, while James McDonald had the Chris Waller-trained Nature Strip in a lovely rhythm in the centre of the track, moving effortlessly to the front with two furlongs to run.

Nature Strip, owned by RAE Lyons, PD Harrison Et Al, galloped on powerfully as his rivals came under pressure in behind and it was game over inside the final furlong as the giant seven-year-old gelding pulled clear for a mightily impressive four-and-a-half length triumph.

Twilight Calls filled the runner-up position, a head in front of 200-1 chance Acklam Express, running a blinder under Rowan Scott for the Nigel Tinkler stable. 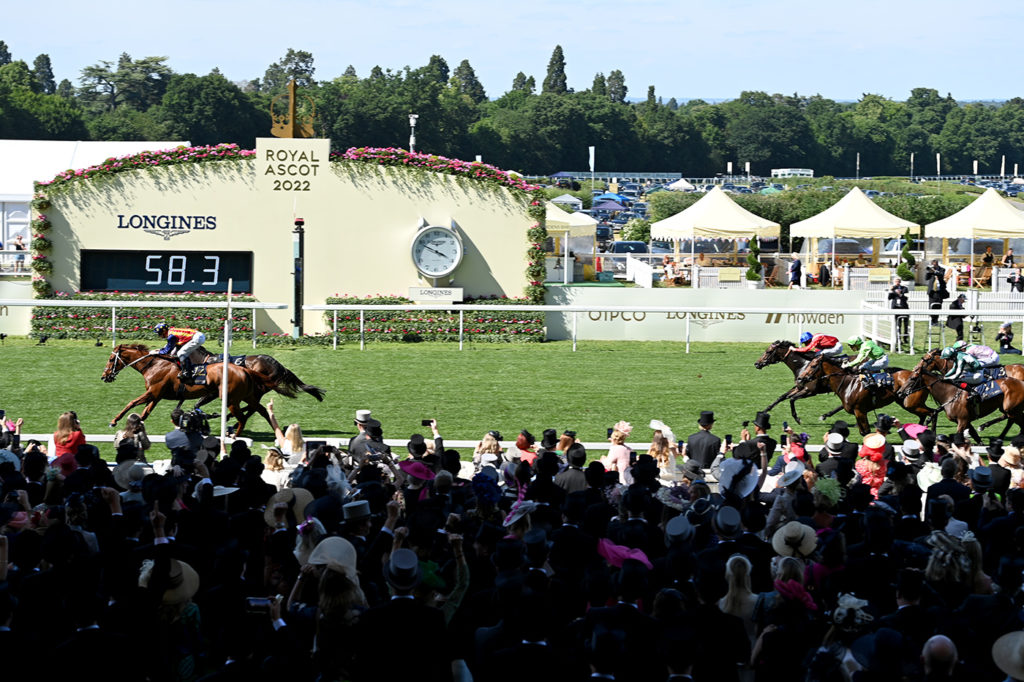 Waller said: “This means a lot. It’s top five. We don’t often get the chance to come up and race against the English, Irish, French and American horses, even Dubai and Hong Kong. To bring a horse all this way is very special, not only to win but to win the way he did.

“He’s a very good horse – he’s been that for a long time. He’s in the twilight of his career but he’s learnt to be a racehorse now. He was a tricky horse early on, but he’s got better with his years. He’s matured and it’s an honour to train a horse like him.

“Australia has a huge racing and breeding industry. To showcase our breeds and what we do is important. He’s one of the highest-rated sprinters in the world but until you do it on the main stage it’s another story. This will remind everyone how strong we are in Australia.”

Waller didn’t rule out a crack at the Group 1 Platinum Jubilee Stakes on Saturday for Nature Strip, a race in which he also has three-year-old Home Affairs engaged. The sprint double was achieved by Godolphin’s Blue Point in 2019 and by Australian speedster Choisir in 2003.

The afternoon kicked off with the Group 1 Queen Anne Stakes and the William Haggas-trained Baaeed confirmed his status as the banker of the week with an easy success in the mile contest, extending his unbeaten record to eight races.

Shadwell’s four-year-old colt, the world’s highest-rated turf horse, was virtually unbackable at 1-6 and jockey Jim Crowley rode the son of Sea The Stars with the utmost confidence, settling him behind the pace-setting Real World and Danny Tudhope.

At the two-furlong marker Baaeed eased alongside Real World and a brief shake of the reins from Crowley saw his mount power away from his six toiling rivals.

It was hands and heels riding only inside the final furlong and while Real World rallied gamely, Baaeed still had plenty in hand, crossing the line a length and three-quarters clear, with Order Of Australia four lengths back in third place.

Crowley, celebrating Royal Ascot winner number 14, said: “It doesn’t get any easier than that, does it? Everything went smoothly. He had a lovely tow into the race. The ground is beautiful. I just let him stretch out [inside] the final furlong – it was like clockwork. 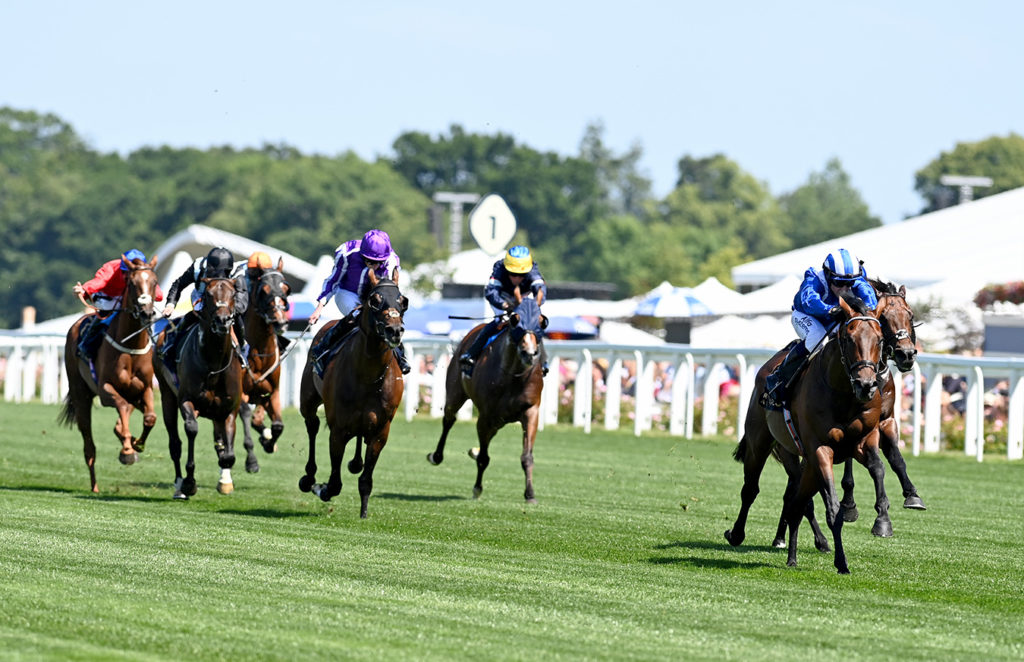 “This is the pinnacle. You could spend your whole life waiting for a horse like this to come along. There’s a lot of pressure but I love it, I enjoy it, it’s why we do it and I’m so pleased Sheikha Hissa is here. Sheikh Hamdan must be looking down smiling.

“William and Maureen [Haggas] have done an unbelievable job with him and it’s just an absolute pleasure to get on him and do the steering.”

The two-year-old son of Shadwell’s first-season sire Tasleet, bought for £47,000 at the Goffs UK Breeze-Up Sale in April, was having just his second race after bolting up by nine lengths on his debut at York but belied his inexperience to come home a decisive winner.

Drawn in stall two, Bradsell raced towards the outside of the 17-runner field and travelled up menacingly with two furlongs to run, striding past Royal Scotsman as Doyle asked her colt to put his seal on matters.

Persian Force and Rossa Ryan emerged from the pack to give chase but the bird had flown and Bradsell, owned by Victorious Racing Limited, passed the post a length and a half clear of Persian Force, with Royal Scotsman a neck away in third.

Watson said: “I told my fiancée last night, whatever wins this race by daylight is a superstar. I’m just delighted.

“This is the place where everyone wants to have winners. We had a bad old time last year with Dragon Symbol who had a race taken off him, then we lost the horse subsequently. For us this is massive.

“Sheikh Nasser and Victorious Racing bought him – it’s amazing to have their support. I’m just delighted to repay everybody by winning a race like this.”

Godolphin’s Coroebus followed up his 2,000 Guineas win with a narrow success in the Group 1 St James’s Palace Stakes (1m) under William Buick.

The outcome looked unlikely two furlongs out, with the Charlie Appleby-trained son of Dubawi trapped behind runners, but Lusail left a gap open on the rail and Coroebus took his chance, edging ahead at the furlong marker and running on strongly to hold the rallying pair Lusail and My Prospero, with Maljoom, a fast-finishing fourth, looking particularly unlucky in his run. 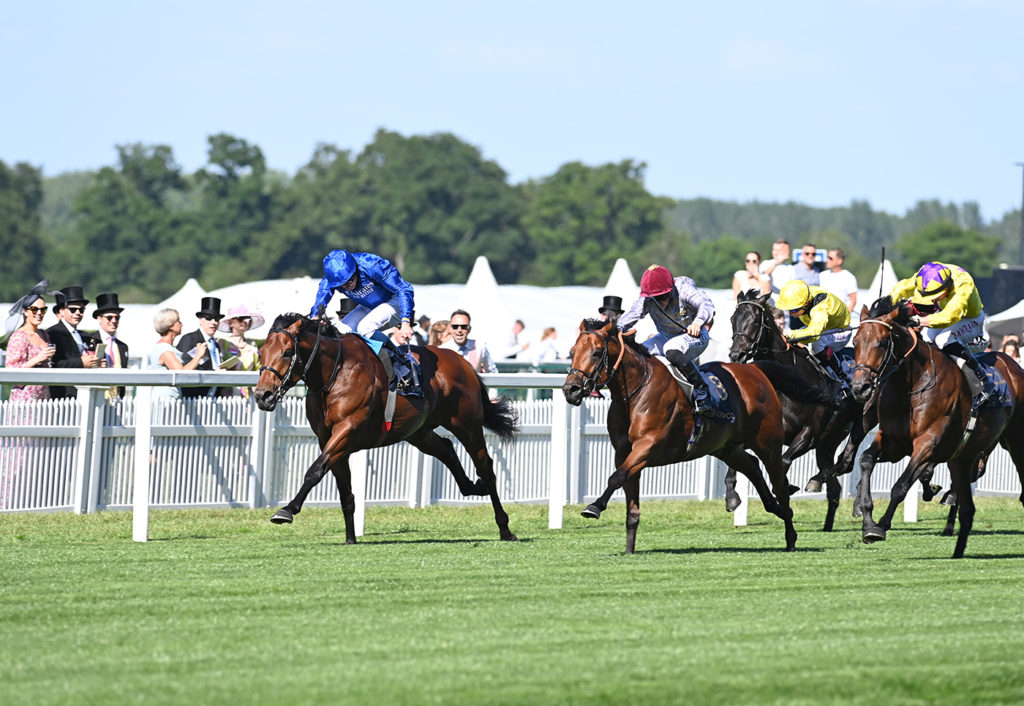 Buick said: “I’m privileged to ride these horses. It was one of those races where it was tricky. A good draw can turn into a bad draw very quickly. He travels strongly and you just want him to drop his head.

“He’s a very good horse. It’s only his fifth run. You’re supposed to enjoy it, but you want to get the job done. I had two options – I could have come back a stride and gone around them, which I was prepared to do, but when Dobbsy went on and didn’t go the fence, it was a natural place to go – this horse really took me in there.

“He’s brave, he has a turn of foot, he stays, he has a great temperament and a will to win. He has everything you could ask for in a racehorse.

“Coroebus will go on from here and take on the older horses. Between himself and [stable companion] Native Trail, they are the best milers around.”

The longest race on the card, the two-and-a-half mile Ascot Stakes, fell to the Andrew Badling-trained Coltrane under apprentice rider Callum Hutchinson. Coltrane, a five-year-old gelding owned by Mick and Janice Mariscotti, battled on bravely to see off favourite Bring On The Night by three-quarters of a length.

Godolphin enjoyed a second winner on the day, this time for the Saeed bin Suroor stable, when Dubai Future claimed the Listed Wolferton Stakes (1m2f) under Danny Tudhope. The rider quickly secured his own double when guiding the David O’Meara-trained Get Shirty to victory in the closing Copper Horse Stakes (1m6f) for owner Akela Thoroughbreds Ltd. 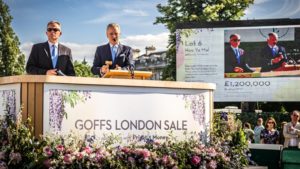