Contrail another star for the late Deep Impact
News

Apple’s Jade bounced back to form in excellent style for Gordon Elliott at Leopardstown on Saturday to make it three straight wins in the Grade 1 Frank Ward Memorial Hurdle (3m).

Equipped with first time cheekpieces, Gigginstown House Stud’s popular mare made all the running under Jack Kennedy and despite jumping out to her right at times, ran her rivals ragged to secure a 17-length success in her 11th Grade 1.

Unowhatimeanharry took second ahead of Penhill in third. 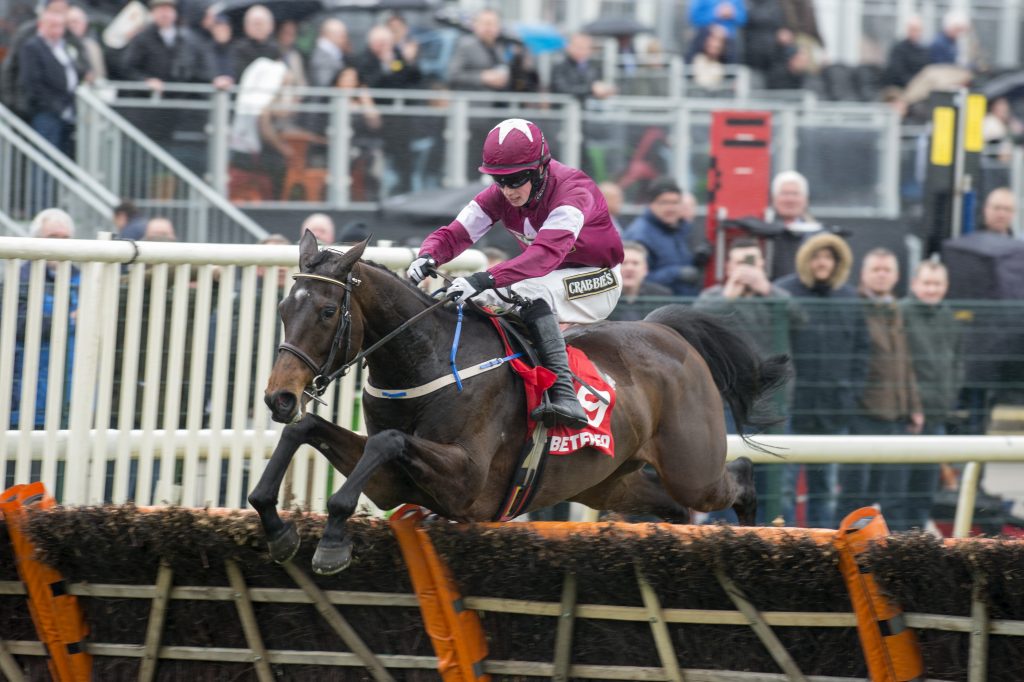 “It’s unbelievable,” trainer Gordon Elliott told Racing TV. “She’s a superstar mare and if she didn’t win today, she was going to be retired.

“We’ve done a few things – Keith Donoghue took her out hunting, we put the cheekpieces on her and we took off the cross noseband. Her work still wasn’t as good as it could have been but Jack said just going to the start she felt different than earlier in the year and hopefully she’ll get as much of a kick out of that as we did.

“I’m just delighted to see her win like that. She doesn’t owe us anything – what ever she does now is a bonus.”

Owner Michael O’Leary added that the mare is unlikely to run at the Cheltenham Festival.

Apple’s Jade shares her sire, the late Haras de Cercy stallion Saddler Maker, with Bristol De Mai. She was bred in France by Ronny Coveliers out of five-time jumps winner Apple’s For Ever, a Nikos daughter of the 1995 Prix Renaud du Vivier 4yo Hurdle winner Apple’s Girl.

Apple’s For Ever also produced the Grade 2-winning juvenile hurdler Apple’s Shakira to Saddler Maker while to Montmartre, she is dam of the Grade 3-placed French jumper Grisy’s Apple’s.

The afternoon only got better for Apple’s Jade’s connections as Delta Work got up in the dying strides to deny Monalee in the Grade 1 Savills Chase (3m).

Front-runner Monalee, representing the in-form Henry de Bromhead and Rachael Blackmore team, looked to have sealed victory when kicking clear from the last but was unable to resist the finishing effort of Delta Work, who responded to all of Jack Kennedy’s urgings to win by a head.

Fellow Gigginstown House colour-bearer Road To Respect, who had Delta Work well adrift in fourth when the recent winner of the Grade 1 Ladbrokes Champion Chase (3m) at Down Royal, finished third.

For Delta Work, it was a second Grade 1 win at the Leopardstown Christmas meeting in as many years following his success in the 2018 Neville Hotels Novice Chase (3m).

“That’s as good as it gets,” jockey Jack Kennedy told Racing TV. “I can’t believe it. I was a bit closer than I needed to be. He was in my hands a bit but jumping so well.

“Coming off the bend, we had a clear run on the outer and I was able to get him rolling. He winged the last and was able to go on from there. I got there and he started to tie up a bit in the last 50 yards – Rachael started coming back at me and I was praying for the line. I’d say there’ll be improvement to come.”

The French-bred Delta Work is yet another high-class representative of the late Network, who died at Haras d’Enki in July at the age of 22. The son of Monsun is probably best known as the sire of Sprinter Sacre but has also been represented on this side of the Channel by the likes of Rubi Light, Le Richebourg, Saint Are and Adriana Des Mottes in addition to Delta Work.

Six-year-old Delta Work is a half-brother to two winners and the second foal out of the placed jumper Robbe, by Video Rock. 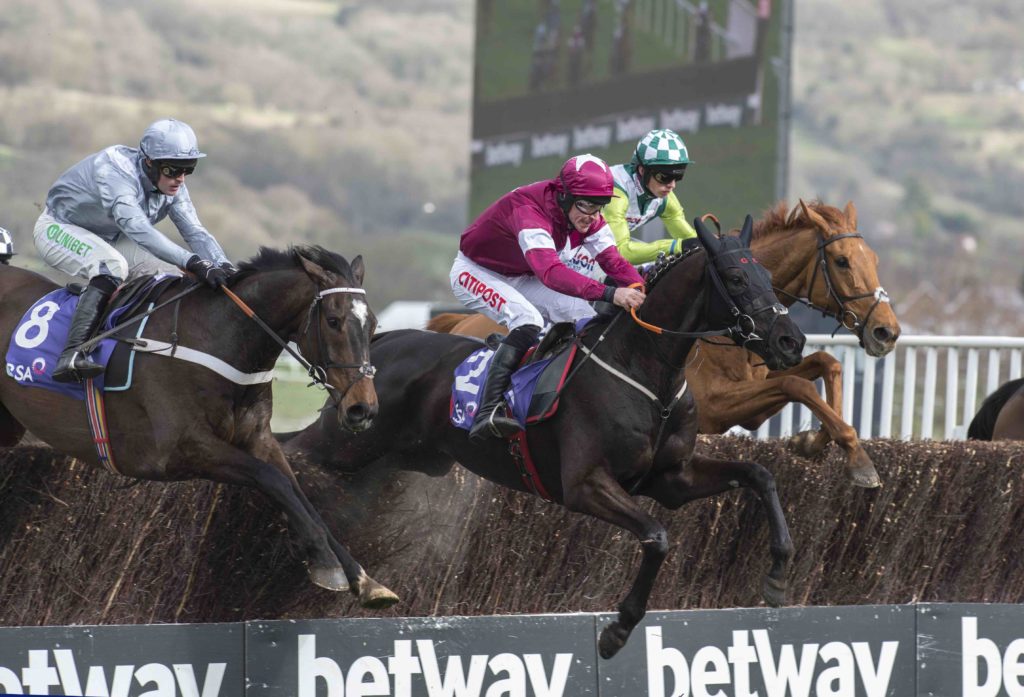 At Newbury, Thyme Hill took another step up the ladder when justifying favouritism in the Grade 1 Challow Novices’ Hurdle (2m41/2f) to become the tenth Grade 1-winning jumper for Overbury Stud’s stalwart Kayf Tara.

Third in last year’s Grade 1 Champion Bumper and already a dual Grade 2 winner this term, the gelding had to dig deep under Richard Johnson to reel in the leader The Cashel Man and win by a length and a half. The pair pulled 18 lengths clear of the third Enrilo.

Now unbeaten in three starts over hurdles, Thyme Hill has been shortened into 8-1 for the Ballymore Novices’ Hurdle and 6-1 for the Albert Bartlett at the Cheltenham Festival in March.

Fittingly, Thyme Hill was bred in Britain by Overbury Stallions Ltd. He is a brother to the Listed-placed chaser Storming Strumpet and out of the winning Hernando mare Rosita Bay, a daughter of the 1993 Grade 2 Martell Mersey Novices’ Hurdle (2m4f) heroine Lemon’s Mill. 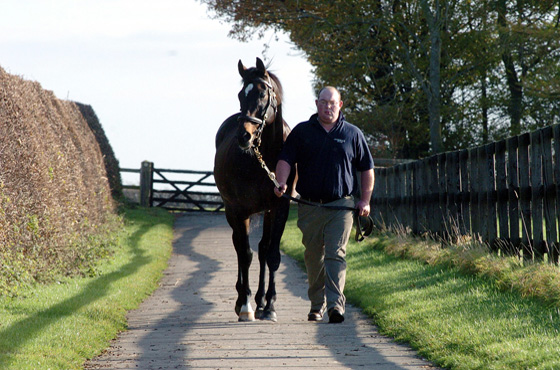 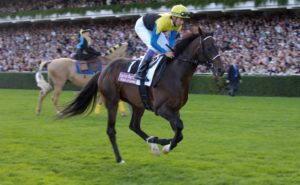 Up Next
Contrail another star for the late Deep Impact