Hannon the man to beat once again
News

Cadoudal retired from active stud duties in 2005 and died in 2007 but the 21 years he spent at stud in France have reaped an enduring legacy.

As the sire of Cheltenham Gold Cup and King George VI Chase winner Long Run and the formidable staying hurdler Big Buck’s, Cadoudal is assured of his place in bloodstock history and another son, Saint Des Saints, a stallion whose name features with increasing frequency in the pedigrees of young National Hunt winners, looks set to ensure that the line continues for years to come.

Bred by Mme Maurice Rohaut-Léger in 1979, Cadoudal was a grandson of Nijinsky by Green Dancer out of the good middle-distance performer Come To Sea (Sea Hawk II). Trained in France by Bernard Secly, he won the Group 2 Prix Hocquart at three and was placed in Prix du Jockey-Club and Prix Greffulhe. His four-year-old season garnered two more Group placings: Cadoudal finished runner-up in the Prix d’Harcourt and ran his final race when beaten a short-head by Lancastrian in the Group 1 Prix Ganay, during which he suffered a career-ending injury.

He retired to Haras de Hoguenet in 1984 for a fee of FF30,000 and, as a mud-loving mile-and-a-half specialist, it was no surprise that he would appeal to jumps breeders. What could not have been predicted was his extraordinary success that ultimately saw him crowned France’s champion jumps sire 11 times.

So often dark brown like their sire, Cadoudal’s best runners include the dual Grand Steeplechase de Paris winner Kotkijet, Kadalko, multiple Graded winner Katiki and the Melling Chase winner Fadalko. He is also the sire of Royale Chantou and Cadouline, Group 3 and Listed winners on the Flat respectively.

His daughters have ensured his success as a broodmare sire, in which sphere his notable winners include My Will, Crystal d’Ainay, Shatabdi, and the French Grade 1 winner Shekira.

While racing fans in France will almost certainly remember Cadoudal for the great Kotkijet, the British racing public could not have failed to take the sensational Big Buck’s to their hearts. At the relatively tender age for a jumper of eight, he is already the winner of a staggering 19 of his 34 starts and has been unbeaten in his last 14 appearances on the racecourse.

Andy Stewart has been his proud owner since he was purchased from France in the autumn of 2007 and the emotion was evident in his voice when interviewed on Saturday following the great horse’s most recent win in the Long Walk Hurdle at Ascot, which brought his tally of Grade 1 victories to eight.

Stewart makes no secret of his desire to capture National Hunt racing’s ‘holy grail’, the Cheltenham Gold Cup, and though steeplechasing’s greatest prize has eluded him thus far, he surely has ample consolation for that omission in his ownership of the greatest staying hurdler of the modern era. 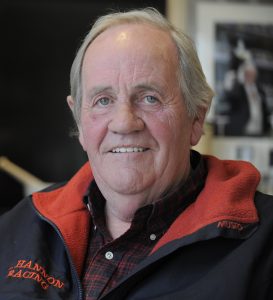 Up Next
Hannon the man to beat once again