Isfahan punching above his weight
Features

The Finish Line with Neil Callan

My kids are getting a bit older now and that played a big part in the decision to return.

We all first went to Hong Kong about ten years ago and it’s an unbelievable place to live – very cosmopolitan and great people. It was a great experience for the whole family – the lifestyle there was so good, and the money is the best in the world. With just two meetings a week I had time to watch them grow up and do sport and so on, but Jack is 14, Henry is 12 and Ted is nine, and the older two are looking forward to the next stage of their lives now.

Jack wants to be a jockey and he’s just starting the pony racing course at the British Racing School.

They came home about two months before me and their happiness back here rubber stamped my decision to return. It’s good to be back but I’ve got a permanent resident’s card for Hong Kong, so I can go in and out whenever I like. I left the door open to return at some stage if the timing is right for a winter stint.

We always kept the house in Newmarket and in the first few years I would ride a bit here when we were back for the summer.

I suppose I wanted to keep my contacts, just in case our time in Hong Kong turned out to be four or five years instead of the ten it ended up as, but the season out there is ten months long and it’s quite intense, even though there are only two meetings a week. Once I got myself established, I used coming home in the summer more as an opportunity to refresh, and I hadn’t ridden here for four years when I had my first ride back at Wolverhampton, which was for my good friend – and Jack’s godfather – Kevin Ryan.

Getting on Blazing Speed was a turning point for me in Hong Kong. Once I got on him we just clicked.

He did a lot for my reputation there, taking me to the next level, so he was very important for my career. He was quite headstrong, but he seemed to relax for me for some reason. We won a Listed race the second time I rode him, and not long after that we won a Group 2. At the end of that season we won the QEII, which is one of the biggest races in the world and the following year we won a second Group 1. 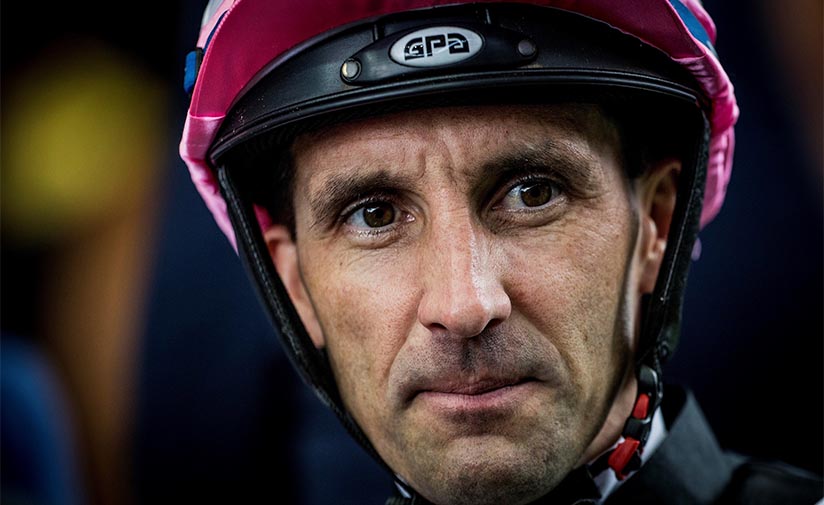 Blazing Speed had won his last two races as a three-year-old for James Fanshawe before being shipped out, including a handicap at Newmarket off 95, but whether he’d have reached the same heights if he had stayed in Newmarket we’ll never know, but he was certainly a good horse in Hong Kong. I think I rode seven winners in my last three weeks, including Helene Wisdom Star on the last night of the season. I felt as if I finished very strong there, and it was a great way to go out. I was very happy with that.

People wonder why I’ve come back to a place that is struggling for prize- money, but I’m not even thinking about that.

I just want to try to get back on some good horses and ride for some good trainers. I’m 43 now, but I feel as good as I did maybe 20 years ago. Riding in Hong Kong has definitely improved me. I feel that my fitness and my professionalism towards the sport have improved a lot, my diet is very good, and I exercise well. I can’t expect to pick up where I left off, and it will take a while to re-establish myself, but I know what to expect. In Hong Kong I was my own agent for ten years as there are no agents there. I know how it works, but I’ve got Shelley Dwyer booking my rides here and we’ll try to get some momentum going.

Although there are only two tracks in Hong Kong it was never boring, but I like it that racing over here is a bit more chilled and relaxed, with a good atmosphere among the lads.

There are a lot of new faces in the weighing room, but it’s very friendly. The mornings are very different too, as here you work to teach the horse, whereas when you ride track work in Hong Kong you are trying to slow them down, because it’s all done against the clock. I’ve always liked teaching young horses how to balance and to gallop out properly, so that’s another good thing about being back.

I don’t know what the future holds, but I’m not far off 2,000 winners now, so that’s a milestone I’d like to reach.

If I hadn’t gone to Hong Kong I’d have passed it a long time ago, but it’s something to aim for now that it’s been pointed out to me that I’m closing in on it. Now Jack is 14 he could be riding in two years’ time, so it would also be very nice to be able to ride with him if he’s good enough to be a jockey. I think he rides well – better than I did when I was his age! 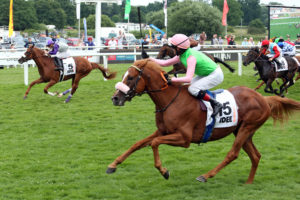 Up Next
Isfahan punching above his weight