The Finish Line with Gay Kelleway

A trailblazer as a jockey, Kelleway began training in 1991 and has sent out over 650 winners with success around the world. Earlier this year she was elected to the ROA board

Racing has been my entire life since my 13th birthday.

I got on the horsebox and we travelled through the middle of London to move from Sussex to Newmarket. I think my life changed dramatically from that moment.

I’ve been a jockey and a trainer for three decades and I want to put something back into racing – that’s why I stood for election to the ROA board.

I’m a great believer in the British owner and owner-breeder. We’re losing them and need to keep the sport strong. I want to keep the dream alive of owning racehorses and winning big races, which happens in places like Australia and America where they have plenty of syndicates.

Syndicates are hugely important. I’ve got my plumber, my electrician, my gardener involved – everyone has a share or bits and pieces in a horse.

It’s about getting the man in the street involved, even if it’s taking an eyelash. But it’s giving them an interest. It’s an affordable sport and anyone can become involved for a minimal price.

We need to try and simplify horseracing. It’s too complicated for the outsider.

Racing is enormous fun and it’s not just about going to the races; it’s going to the yard and seeing everyone who works there, understanding what goes into training and the preparation, going out on the morning gallops. I want the sport to be accessible and I want people to go racing not just for concerts but to enjoy the horseracing itself.

Two years ago I started to base myself for three months in France.

Now I take horses across the Channel, run them once and leave with Anne-Sophie Crombez, who I helped to set up over there. I have owners and syndicates that don’t have horses in Britain any more but race in France. I’m involved in five horses in France and I show a healthy profit every year after paying my training fees. The place money is very decent – one of my horses has earned £30,000 and he hasn’t won a race yet.

We need more money through the levy. How are we going to generate it? I’m not a mathematician but I have different ideas.

One is to tax bets and put that money back into the sport. We go on about bookmakers but they make the least amount of money in horseracing. They make more money on football, other sports and machines. 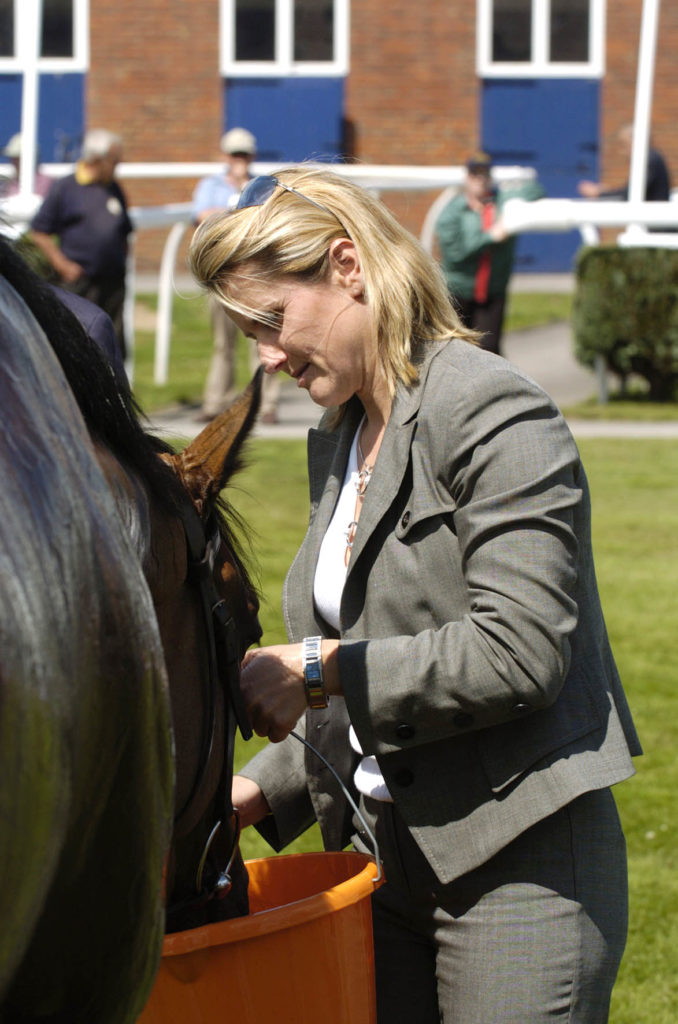 Gay Kelleway with her favourite horse Vortex, the winner of 17 races

I actually looked at about five stables to buy in France but I’ve got a lovely yard in Exning, Newmarket.

I weighed up the situation; a lot of my owners wanted to stay in England. I’m not 25 years old any more, I’m 56 and I didn’t want to take the chance of moving out there and starting all over again. As it turned out, after what happened with Covid, it probably would have been a good idea but you can’t predict the future.

Every year I get new owners. I travel a lot and get myself here, there and everywhere.

If I’m in a restaurant in London and I overhear a conversation that someone likes racehorses, I’m straight in there! The man who became my biggest owner, he couldn’t get away from me – he was sat next to me on a flight to Japan for 12 hours.

Where can racing improve? By giving owners a better experience at the races.

They’re not looked after well enough, either owners who spend a lot of money on horses or new owners to the sport. Philip Hobbs had runners at Newton Abbot and said that win, lose or draw every owner that day received a picture of their horse. Little things that don’t cost a lot of money can go a long way.

Sorbie Tower, third in the St James’s Palace Stakes [behind Bijou D’Inde and Ashkalani], is the best horse I have ever trained.

He was an aeroplane. I think if I hadn’t been so naïve back in the day I would have won the Irish Guineas. Now I would have gone straight over there. But the horse I’m most fond of is Vortex. He took me all over the world. He was an amazing horse to deal with and loved getting on the horsebox.

Vortex was a Group 3 winner on my home track at Newmarket, was the top horse in Sweden for a couple of years and won at the Dubai Carnival as an eight-year-old. He was the soundest horse I’ve ever trained.

I’m as hungry as ever; I still get up at 4am every day. What’s my ambition? I’d love to train a Royal Ascot winner.

I’ve had a short-head second in the Buckingham Palace, a third in the Hunt Cup and lots of placed runners. Then I can turn round and say I’ve ridden and trained a winner at Royal Ascot.

Hollie Doyle is a top five jockey. She reminds me of [former top US rider] Julie Krone.

She has the right work ethic, is very focussed and a real grafter. Hollie has a brilliant ability to settle horses and she’s naturally matched to a horse; if you were painting a racehorse and a jockey, she’d be the size you’d paint on a horse. It wouldn’t be a surprise to me if Hollie won the championship. Why not? 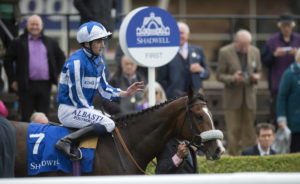 Up Next
Opportunity abounds