The Finish Line with Brian Eckley

The Welsh cattle farmer breeds, owns and trains a select string of racehorses at his stable next to the Brecon Beacons including Liberty Bella, who collected an additional £20,000 from the Great British Bonus for her win at Warwick in March

I train next to the Brecon Beacons near the village of Llanspyddid on 230 acres. I was 13 when I came to the farm in 1966.

I did 37 years of dairy farming and always loved the breeding side with the cows – one of my heifers became a British champion. Now I’m a stock farmer. I started training under permit in 1979 – I was also riding then and had 17 point- to-point winners and six winners under Rules. I still ride out now.

My father bred racehorses but only had one broodmare. I took over the breeding operation when he died in 1983.

My mother was also very involved, helping me select the stallions – she only passed away three years ago. We used to visit the studs together to look at stallions.

When it comes to choosing a sire, the stallion must be out of a really good dam line. The female genes are all important.

Librettist, Liberty Bella’s sire, has sired a mare that has produced a Group 1 winner. You also need a good broodmare sire. I’ve used Yorton Farm’s Masterstroke – his dam [Melikah] is a half-sister to Galileo.

Liberty Bella earned almost £28,000, including her Great British Bonus winnings, when she won at Warwick in March.

The bonus money is a huge, huge help to an operation like mine and means an awful lot. I have four broodmares and the money helps keep the show on the road. The cash is there ready to put into stud fees.

Jaunty Flight, a Listed winner after being sold, was rated 145 but Liberty Bella is the best I’ve ever had.

She is usually an awesome jumper which is why her fall at Cheltenham was so disappointing. Robbie [Dunne, jockey] thought that the track had been over-watered and she couldn’t handle it. When she can’t bowl along her jumping isn’t as good. She’s a nice big mare and square with it, 16.2hh. We want to keep her in training for one further season before she joins the broodmare band on the farm. 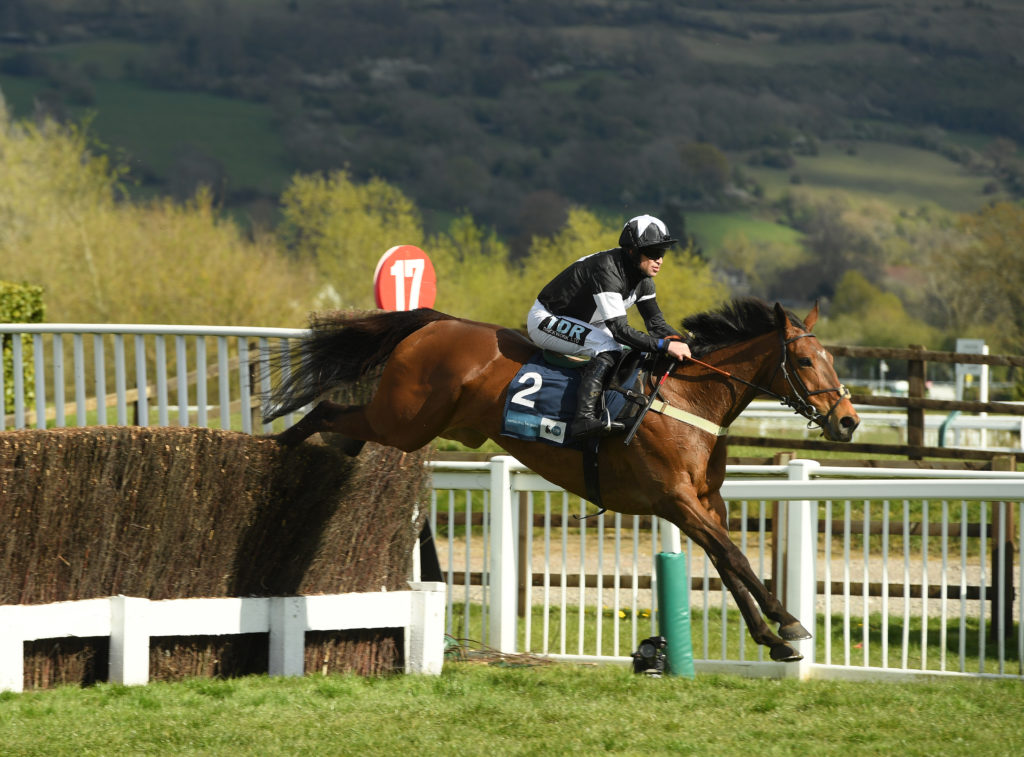 Liberty Bella in the British EBF Mares’ Novices’ Handicap Chase Final at Cheltenham before her fall at the 12th – Photo: Bill Selwyn

After her fall Liberty Bella was very lame. I feared the worst but luckily it was only a minor foot problem so it’s good news.

We’ll chase more black type and try and win another bonus. I’m not a wealthy man by any means so the Great British Bonus is a terrific incentive to breeders to keep these mares in training.

Horses that I’ve bred and trained have won at 33 racecourses in Britain and two in Ireland.

But I’ve never had a Cheltenham winner and that annoys me! Libberty Hunter, a half-brother to Liberty Bella who won his bumper at Hereford in November, will go hurdling later this year. We also have a very nice three-year-old by Frankel’s full brother Proconsul out of Timeforagin. He is gorgeous – I’m really looking forward to seeing him run. I think I can do as good a job at training them as anybody.

I’ve kept the operation going by selling a number of horses over the years.

I have sold the likes of Tomwontpayalot to Martin Pipe, Jaunty Flight to Oliver Sherwood, Jaunty Flyer to Tim Vaughan and Jaunty Warrior to Gordon Elliott. But Liberty Bella is not for sale. She is going to become my broodmare.

Unfortunately, Liberty Bella’s mother, Classy Crewella, is no longer with us.

At present I have four broodmares: Jaunty Walk, Jaunty Spirit, Jaunty Clementine and Timeforagin. In the late 1980s we bought a mare out of Jaunty Jane and that’s where the name comes from. Including the mares, horses in training and youngstock, we have 24 horses on the farm – plus 200 cattle.

I have three excellent staff members who assist me with the horses.

James Hussey does a superb job breaking in the horses for me. Jacqueline Jenkins and Lucy Ward also help me on the farm.

I’m still dealing with a constant threat to my horses from neighbours that want me out.

We have to be vigilant 24-7 – I’ve got CCTV installed everywhere although it is difficult to cover all the fields. My horses and cattle have been targeted multiple times. Ten years ago, my barn burned down and two broodmares died in an arson attack. The house nearly went too. In 2015 one of my mares was shot in the face. I’ve also been subjected to a drone attack on the horses. They’ve never convicted anyone. But I won’t be bullied – the only way I’m leaving here is in a box. 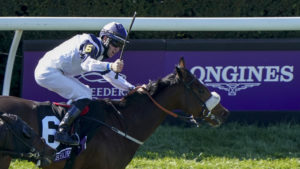 Up Next
Bearstone Stud flying high