The art of the stallion deal

Some stallion masters are becoming more competitive in pursuit of business, placing breeders in the driving seat in the process

Tales of breeders managing to strike some very generous deals for nominations have been circulating for several seasons now. According to the rumour mill, there have been second and third-season sires made available for three-figure prices in certain circumstances, while foal share arrangements have become far more commonplace.

The reason broodmare owners have been in the driving seat is that many have reduced their herds, while a considerable number of their peers have given up altogether in the wake of oversupply becoming apparent at the foal and yearling sales — covering numbers having recovered a little too well after the financial crisis of 2007-08.

Stallion masters have therefore had to fight hard to win custom from a smaller pool of potential clients, and ensure their charges’ book sizes don’t drop too dramatically. The problem is particularly acute for filling younger sires after their first season as well as established names not at the peak of popularity.

Naturally, faced with the twin unprecedented challenges of Covid-19 and transport problems caused by Brexit, studs are having to redouble their efforts to sign up mares in the 2021 breeding season.

The result is that there are a slew of tempting offers available to breeders this year. One stud that set out its stall early was Highclere, which announced two attention-grabbing schemes for its stallions Cable Bay and Land Force in November.

With its 50/50 terms, breeders will be able to purchase a nomination by paying 50% of the fee on October 1, special live foal terms. The remaining 50% will only be payable when the progeny reaches a target price at public auction as a foal or yearling.

If the breeder places a reserve on the progeny in excess of the target price, or if they decide not to sell the offspring at public auction at all, the remaining 50% fee would become payable.

European breeders outside of Britain can also avail themselves of Highclere’s new Euros4Euros terms. With this deal, the nomination currency is automatically switched into euros for mares visiting from EU countries, to assist breeders with the increased cost of travelling mares and to keep sums simple if they also take the 50/50 offer and sell the progeny in Europe.

Explaining what moved Highclere Stud to launch the deals, Jake Warren says: “We’ve all been rocked by what has turned out to be a pretty challenging time for breeders, although I don’t think any stallions’ books were really affected by coronavirus last season — it was right at the start of the pandemic and all the matings had been done, so we hardly saw anybody flinch. But we did have a pretty strong hunch there was going to be some correction on the back of it.

“We tried to come up with something that would offer relief to breeders who might have bad luck and that would also give us some compensation if things panned out well.

“The 50/50 scheme is something we’ve done privately for two or three years with breeders, and it’s always gone down quite well. People like the idea that if we win, they win, and with the pandemic it felt like the right moment to mainstream the idea.”

“With the twin unprecedented challenges of Covid-19 and transport problems caused by Brexit, studs are having to redouble their efforts to sign up mares”

Warren reports that the 50/50 scheme has received an overwhelmingly popular response from breeders.

“I don’t think we’ve ever done anything remotely close in terms of creating conversation about a new way in which breeders and stallion masters can work together,” he continues. “The day after we announced it, we fielded 20 calls from across the country thanking us for thinking of an idea that looked after them, and everyone I bumped into at the sales said it was fantastic and that they wished other studs were doing the same thing — which they probably are now.”

Warren concedes that events have rather overtaken the Euros4Euros innovation, with lockdown rules and transport difficulties since Britain left the EU in January meaning overseas breeders might be less inclined to ship mares abroad.

“When we announced our fees and new terms, there was a huge amount of interest in Cable Bay from Ireland, but I think they’ve found it harder to justify moving mares when there’s so many complications and so much increased expense in doing so,” he says. “That said, what’s lost from Ireland is likely to be compensated by increased business from UK breeders, and I’d be surprised if both stallions aren’t full this year.”

Another benefit for Highclere Stud in publishing those deals early was doing away with protracted negotiations over prices.

“We took the view that we wanted to have a uniform arrangement with breeders that is very clear and very concise and, dare I say it, to stop the horsetrading over nominations,” says Warren. “If everyone knows where they stand, they can decide for themselves at the outset whether it’s a good deal — it’s a little like a take it or leave it scenario.

Highclere’s stallions also come with fee cuts as well as enhanced payment terms this year. Land Force, a Group 2-winning son of No Nay Never from the flourishing Cassandra Go family, is down from £6,500 to £5,000 in his second season, while Cable Bay, the source of 11 stakes performers headed by classy sprinter Liberty Beach, has been slashed from £15,000 to £8,000. 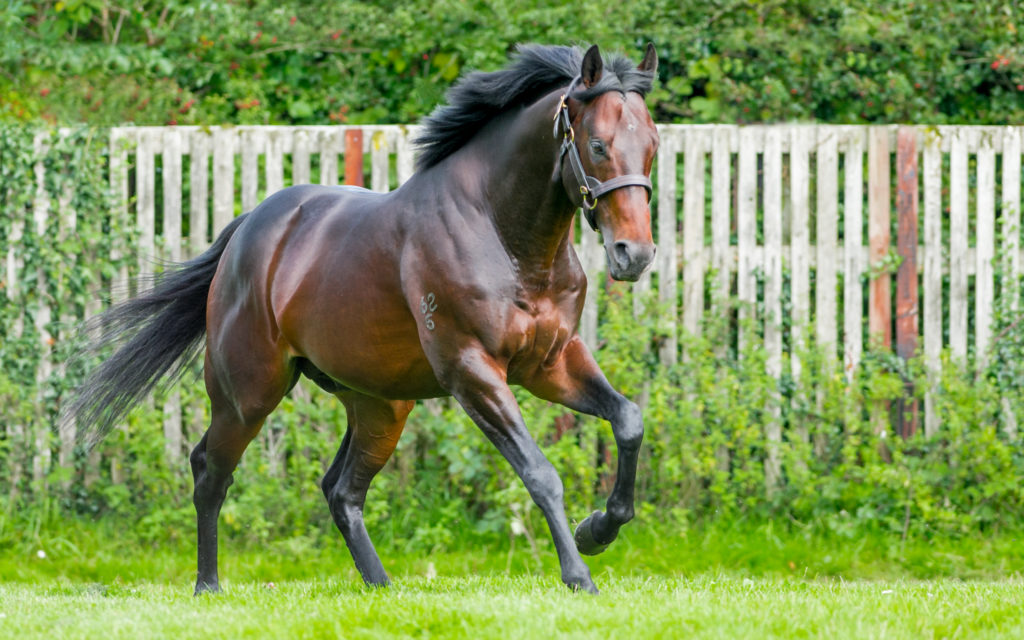 Another notable offer that should rule out any haggling between breeder and stallion master is Norman Court Stud’s bold move to cut the fee for its distinguished St Leger hero Sixties Icon from £6,000 all the way down to £1,000 plus VAT — to be paid on or before the covering date.

“We knew it was going to be a tough year and thought this would help breeders who may be struggling to decide whether to cover or not,” says the operation’s Nominations Manager Tina Dawson. “The opportunity to use a stallion of the calibre of Sixties Icon for £1,000 is probably unprecedented.

“It gives breeders access to an outstanding pedigree and to a stallion who has produced black-type performers under both codes and a strike-rate of winners to runners on the Flat that has seldom dropped below 50%. People know exactly where they are with payment up front and it’s less administration for everyone.”

“We’ve had a very positive reaction to the deal,” adds Dawson. “Unsurprisingly he’s proving popular and the stud will continue to support him with home mares too.”

Sixties Icon is not the only beautifully bred stallion son of Galileo who is the subject of an alluring offer this year. Breeders who book a nomination to Decorated Knight, owned by Newmarket- based Blue Diamond Stud but standing at the Irish National Stud, will receive a free return in 2022.

It is not as if the close relation to Giant’s Causeway, a brilliant performer on the track to boot, was expensive in the first place. He is advertised at a fee of €7,500 on the eve of his debut two-year- olds hitting the track.

“Decorated Knight is incomparable value for a triple Group 1-wining stallion from an impeccable sire-making family,” says Blue Diamond Stud’s Tony Nerses. “We feel his competitive fee, together with the free return for 2022, is an outstanding deal and indeed it has generated a lot of positive feedback and been warmly received by breeders.”

Not all deals have been standardised and made public, though, and it is worth emphasising that breeders will often be able to negotiate their own advantageous terms by making enquiries directly to stallion operations.

David Redvers has chosen not to advertise uniform incentives for using the Tweenhills stallions Havana Gold, Kameko, Lightning Spear and Zoustar, but he has extended offers to some breeders on a private basis. He encourages any mare owner to get in touch to arrange a bespoke package. 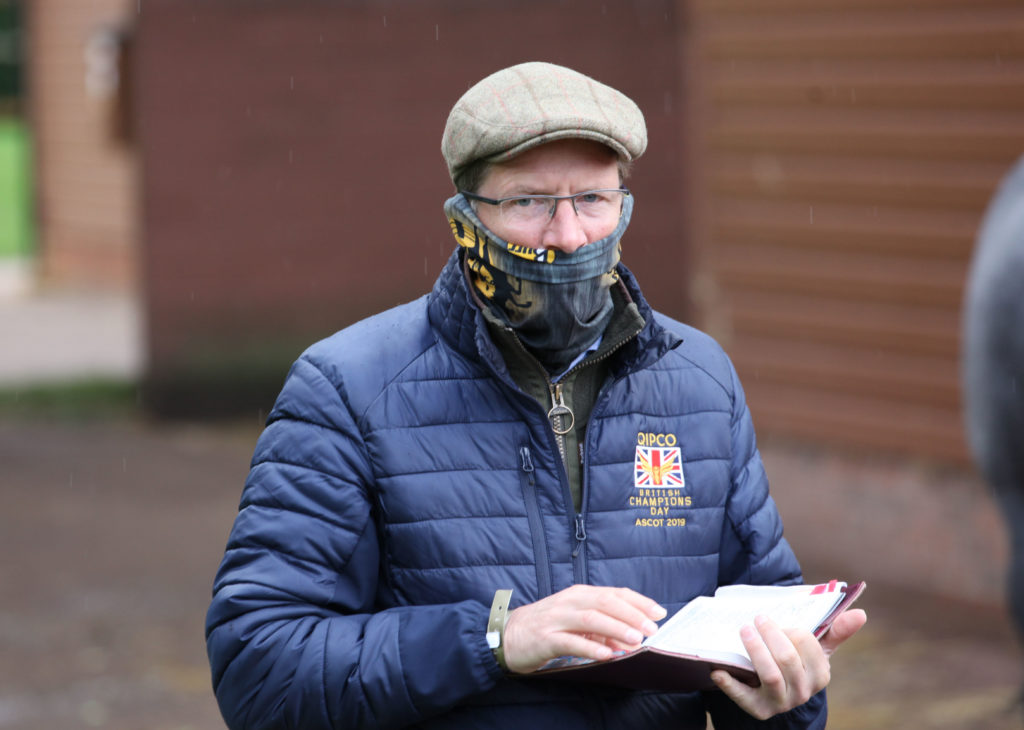 “We’ve written to existing overseas clients to offer them help with transport and additional costs,” says Redvers. “We’ve been working hard to ensure they can send over horses and arrange a bond so they don’t lose the VAT element and screw up their cash flow.

“But there’s no specific deal as such. I’d love to just say we’re giving £5,000 off for all mares coming from abroad, but the only effect that would have is peeing off British breeders. Instead, we’re working with everybody on an individual basis to help them with whatever issues they’re facing, and to give them as good a chance of making a profit as possible.”

Whitsbury Manor Stud Director Ed Harper also prefers to hammer out tailor-made deals with breeders on an individual basis, rather than advertising a one-size-fits-all incentive.

“I like having full and frank conversations with breeders and if we can find a solution we’ll help as best we can.”

Harper reports that while there is no specific incentive to assist overseas breeders with post-Brexit transport costs when they send mares to any of the five Whitsbury Manor stallions — Adaay, Due Diligence, Havana Grey, Sergei Prokofiev and Showcasing — he would understand if those additional expenses were used as a bargaining chip when negotiating a fee deal.

“The landscape has completely changed in even the 11 years I’ve been booking nominations,” he adds. “It used to be the case that the phone rang, you told the breeder what the terms were and they would either say yes or no. Now us stallion farms have to work hard to help breeders, and hopefully we’re fairly good at that.

“It’s amazing how quickly the stallion booking season comes around, and if you haven’t helped someone out in one year, they’ll sure as hell remember it the next year, so you have to try your best.”

The message, then, is clear: in the current climate, broodmare owners will often have the upper hand when wrangling over fees. The number of attractive deals being publicised by stallion farms attests to that.

But don’t forget that similarly generous terms can be arranged on a one-on-one basis with other studs, too. Pick up the phone and remember: if you don’t ask, you don’t get.

Plenty of upside in reach of Kentucky breeders

The father of the modern stallion deal is Spendthrift Farm’s Share The Upside programme.

Launched by the Kentucky operation’s owner B Wayne Hughes in 2010, it allows breeders to gain a lifetime breeding right to selected young stallions by giving a nominal deposit, sending a mare to them for two consecutive seasons and paying the fees on a live foal basis.

In the third season the breeder receives their lifetime breeding right, with no extra expenses to be paid.

Breeders who took advantage of the scheme in its first year of operation and chose Into Mischief as he was entering his second season paid just $13,000 in the Share The Upside scheme over two years and hit the jackpot. The Grade 1-winning son of Harlan’s Holiday has been crowned champion sire in North America for the last two seasons and lifetime breeding rights have changed hands for $1 million.

Share The Upside was extended to Spendthrift’s Australian-based stallions and has been replicated by various other high-profile farms Kentucky.

In 2019, Spendthrift also launched the Safe Bet scheme, which incentivises patronage of fourth-season stallions, with no fee due if the horse in question does not supply at least one Graded/Group winner from its first two-year-old crop. 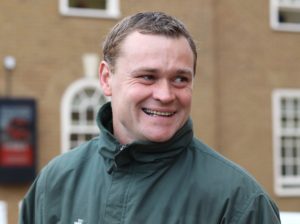 Up Next
The Finish Line with Chris Gillon