Putsch in line for sales coup

Andreas Putsch of Haras de Saint Pair leapt into the bloodstock industry 25 years ago and has never looked back. From his initial forays into pinhooking, a sharp and analytical approach to the industry, and a self-belief that led him to sell out of the family company to invest entirely in breeding, he has quietly and quickly established his Haras de Saint Pair as one of the highest quality bloodstock operations in France.

Six Group 1 performers have been bred by his operation since 2011. And for the second consecutive year this October, the Saint Pair banner will be represented in Newmarket as the vendor of seven yearlings across Books 1 and 2 of the Tattersalls October Sale.

He explains how he found his way into the industry, saying: “I began breeding Hanoverian showjumpers. We were mixing all the best bloodlines, but we never bred anything good! My grandmother lived near Baden-Baden, not far from where I grew up.

“So every year for the Grosser Preis von Baden, we went racing and to the sales together, and that’s how I realised that it’s much more exciting than showjumping!

“I started pinhooking when I lived in Florida, and in 1995 I bought my first foals in America. I bought three foals, and a mare out of training who was by Green Dancer, Light Of My Life, whose half-sister by Sharp Cat then won a Grade 1. So I put her in foal to Diesis.

“We invest in quality and not in quantity”

“The foals made a loss as yearlings, but I resold the mare in-foal and she made a nice profit. That put me in the black so I thought it was easy!”

After several years trading in the USA, Putsch made his return to Europe and started looking for a more permanent base for his bloodstock activities.

“I came back in 1997 when I sold my shares in the family company to my brother, and that’s when I started investing in bloodstock in Europe,” he says. “I was boarding mares in farms all over Europe, through an Irish company called 6C Racing, which was the predecessor of Saint Pair.

“I settled on France as I was living in Monaco at the time, plus the prize-money and premiums system in France made a lot of sense. I love the area and I have a house in Deauville. It took me five years to find the right stud, and I came across Haras de Saint Pair in 2007.”

Putsch displays an infectious enthusiasm for his stud and his horses when discussing his farm, and the passion that has led him to this point is clearly still flourishing.

“It is one of the most beautiful farms in Normandy, and also has an excellent record of producing racehorses,” he says. “It is spectacular in its quality and also its landscapes. We have a strict policy of two hectares per horse, which is double the average for a commercial farm. We are limited in numbers, so it logically follows that we invest in quality and not in quantity. 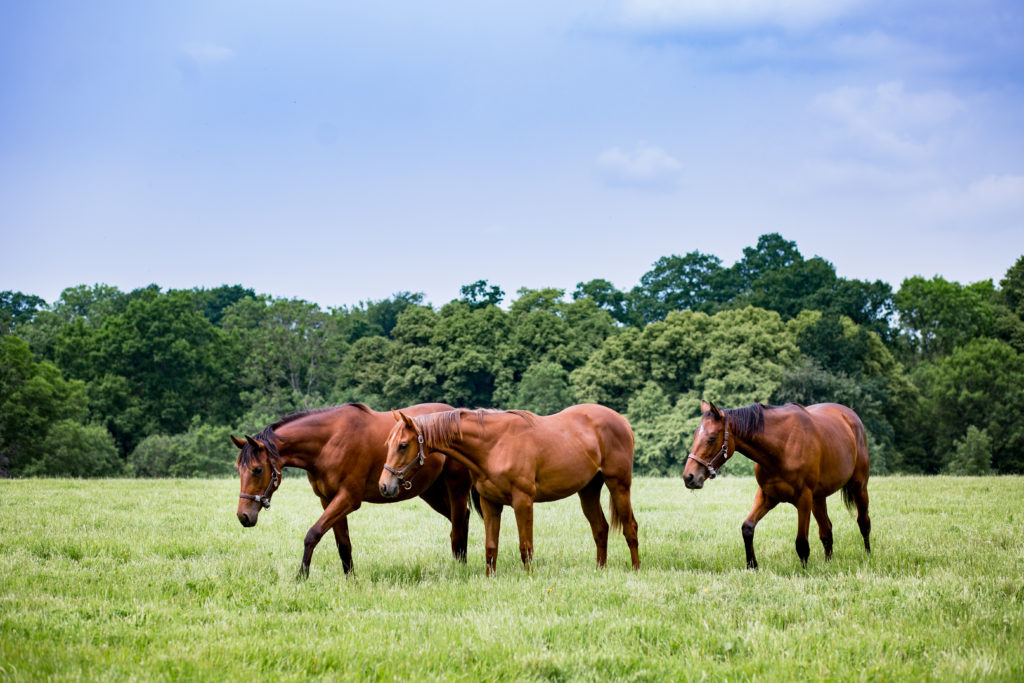 “It’s paramount that I balance the books so there will always be both a commercial and racing side to it. Racing and bloodstock, they are cross fertilising. You can’t do one without the other. If you just breed for the sales ring, you lose your focus on breeding racehorses.

“You have to race the horses from your families to get to know your families well enough to do proper matings for them. All these things are very important. The families at Saint Pair are in their third and fourth generation now, so I have a pretty good idea what stallions to use and what stallions to avoid! I didn’t have that advantage when I started. I enjoy the sales and the races; I love all the parts of the process.”

From their select yearling crops, Saint Pair has produced this year alone the Group 2-placed Guildsman and Group 3 scorer Graphite, while the progressive Lucky Lycra, another bred and sold by the stud, won her second Listed race in France in the colours of Al Shaqab at the beginning of September. Consistent stakes performer Trais Fluors passed through the ring at Tattersalls as a yearling, and was bought back at 100,000gns.

This year’s Tattersalls Book 1 draft comprises five yearlings, among them a Frankel colt from the celebrated family of Via Milano, one that has been nurtured carefully by Putsch with great success.

Muhaarar is the sire of a half-sister to multiple stakes performer Subway Dancer, while Dubawi is responsible for a half-sister to Prix du Moulin de Longchamp winner Vadamos, now a stallion at Tally-Ho Stud, a colt out of the Classic-placed Irish Rookie, and a filly out of Listed winner Glorious Sight, another Classic-placed miler who is a sister to blue hen Beauty Is Truth.

“Saint Pair is a brand, and it’s important that we sell the horses under our own name”

“Today’s markets are so selective, and buyers have so many options, that it’s not very often that you have more than one or two people interested in each yearling. You have to make an evaluation and defend it.

“I’m not afraid to bring them home if they don’t make what they are worth. Don’t be afraid to race, because there’s a lot of fun and money in racing too, and the market for good racehorses right now is very strong. [Listed winner] Volfango was unsaleable – we never took him to a sale because of vet issues but he became a very consistent stakes horses for us.

“The vets have to cover their backs, but the good teams are the buyers and vets that have worked together for a long time and are confident in their decisions. A lot of emphasis is put on the x-rays, but they can’t predict if he’s a good racehorse!”

He adds: “We have sold at Tattersalls before, including last year. We consign everything ourselves when logistics allow, as we consign ony homebreds. Saint Pair is a brand, and it’s important that we sell the horses under our own name.

“Those selling at Tattersalls are all just lovely yearlings. They are all very well-bred and very nice horses so we are very happy to take them to Book 1. There is the first foal out of Irish Rookie, which is exciting. He’s a lovely colt.”

Irish Rookie, who was trained by Martyn Meade to run second in the Poule d’Essai des Pouliches, was bought by Putsch through Crispin de Moubray at the Tattersalls December Sale in 2016 for 935,000gns.

Putsch has continued to renew his broodmare band with high quality purchases of fillies-in-training, and carefully integrates them into his operation.

“When buying fillies, I still prefer form over pedigree,” he says. “Obviously, you want the best of both, but I still very much believe in the power of the first generation so if there’s a lot of class in the mare and the sire it’s the first thing that I look at before I go deep into the pedigree.

“The in-depth pedigree study is more of an intellectual pastime to amuse myself. If the quality is in the sire and in the dam, that’s the best chance you have of buying a top-class producer.

“This is what happened with Via Milano, who we bought out of training when there wasn’t much in the pedigree, and what she has done for us is quite spectacular. It’s a very special family to us.

“My preferred mating is to send a stakes-winning or -producing mare to a confirmed stallion, but these stallions are not easy to get to and they are very expensive. When you look at the numbers of mares that these stallions are covering you can definitely argue that they are over-priced. And you also have to ask when a stallion becomes a ‘confirmed’ stallion.

“They can have a spectacular start, and everybody flies to them but after time you realise they have a chink in the armour. Of those elite stallions, in Europe there are only about five, and you can breed only a small number of mares to them.

“Again, if there is a stallion that I really liked as a racehorse, who did enough as a racehorse, then I’m not afraid to use them as I think they might present better value than a half-confirmed stallion who is over-hyped. Frankel is the obvious example of this, but also Muhaarar, who was a wonderful racehorse.”

He adds: “There is plenty of discussion at the moment about capping the books for stallions and I am all for it. Given the almost unlimited numbers that stallions are covering in Europe, stallion fees are far too high. The breeders are also implicit in the market: an Australian breeder once told me that breeders are like lemmings!

“They all flock together to the same stallion and that hurts them in the end. It’s a chronic problem that affects us all. Really good stallions don’t need large books of mares to make it – look at Monsun, who never had more than 40 foals in his first five years.”

Given his choice to keep numbers on the stud limited, Putsch also sells a number of high-profile fillies and broodmares. They have also continued to add to the families for new breeders, such as Via Medici, a daughter of Via Milano, now in Japan and dam of champion two-year-old and dual Group 1 winner Admire Mars.

This year’s unbeaten Prix du Royaumont heroine Pellegrina is another progeny of a Saint Pair mare, with her dam Pearls Of Passion, out of Pearly Shells, having been sold for 600,000gns at Tattersalls.

With his attention to detail and commitment to breeding and raising top-class horses, Putsch continues to drive his breeding operation towards an ever-expanding future, developing his bloodstock with precision and perception.

Fewer and fewer commercial breeders are in the position where they can support their stock to the level that Putsch is prepared to, and his belief in his stud and his horses puts weight behind the banner of Haras de Saint Pair. 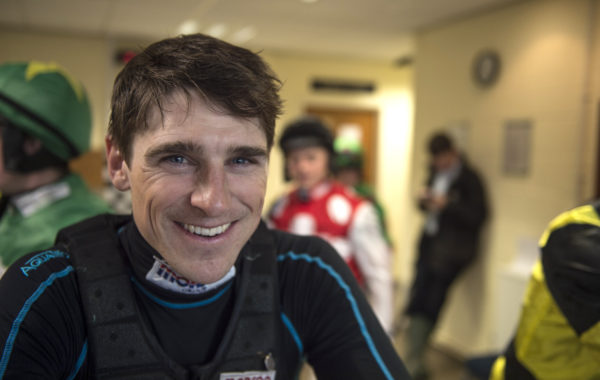 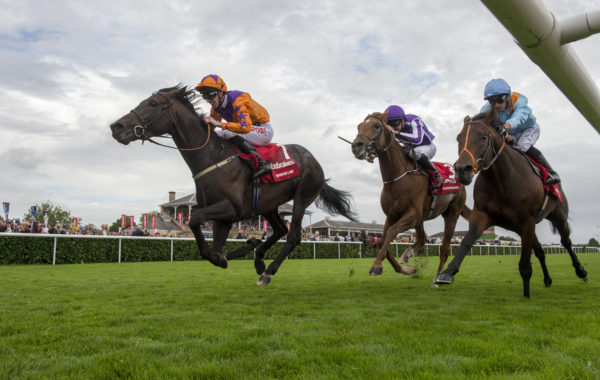 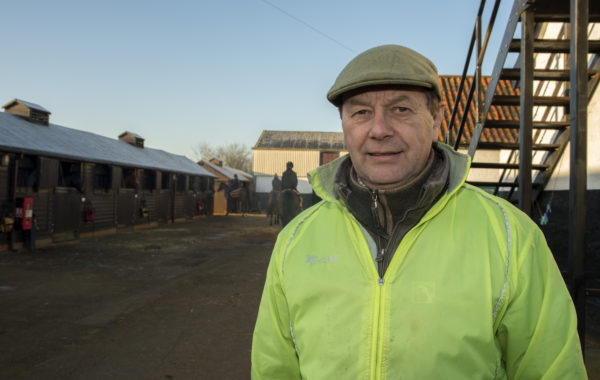 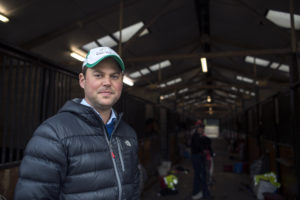 Up Next
Jolly good Fellowes