Tom Symonds on his best ever season and Festival hopes
Features

Martin St Quinton: ‘It has been a baptism of fire at Cheltenham’

“I’m taking over as Chairman of an already well-oiled machine.” So chirped Martin St Quinton in 2019, having succeeded Robert Waley-Cohen in that role on the Cheltenham Racecourse Committee after serving what he thought was an ideal ‘apprenticeship’ following a year shadowing his predecessor.

Just a few months later, coronavirus began its global assault and changed the landscape overnight. Suddenly all bets were off.

St Quinton, 62, who is also Chairman of Gloucester Rugby, is philosophical about the difficulties he has faced professionally over the past year, mindful of the impact Covid-19 has had on the rest of society.

Zoom has been his friend – or at least a constant companion – after the pandemic hit, since when he has helped to sail two sporting ships through the choppiest of waters.

He says: “2020 has been easily the most challenging year of my life by miles. It was – and still is – a baptism of fire. My timing wasn’t good! However, there’s still plenty of people a lot worse off with much bigger problems.

“I was on the board for a year before becoming Chairman, shadowing Robert [Waley-Cohen]. I thought I’d seen all I needed to see and was really looking forward to taking over. Cheltenham has weathered a number of storms in its illustrious history – foot and mouth, high winds, cancelled days – but nothing in the post-war period compares to coronavirus. 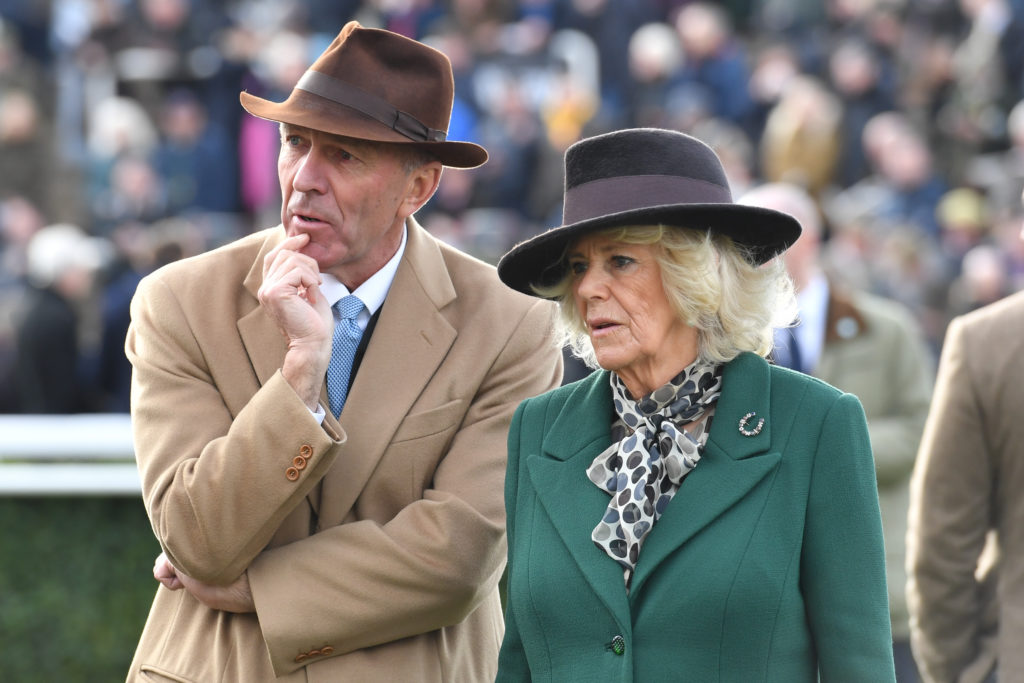 “Cheltenham has not been as badly affected as some tracks as we have reasonable insurance cover for lost racing/crowds. Losses across the industry are estimated to be around £300 million and counting. Obviously betting shops are still closed [due to reopen on April 12] and that has damaged the levy.

“We have to deal with these business challenges as best we can and I think the industry has responded extremely well. Racing has been known for its rival factions but during the past year I have noticed a much greater appreciation of everyone’s difficulties and recognition that working together brings much greater results and benefits.

“I would say rugby is in a much worse place than horseracing. Racing receives income from TV/pictures and betting. Rugby gets a modest amount from TV and absolutely nothing from betting; it’s totally dependent on attendances.

“Financially, rugby is on its knees. Both sports are struggling but racing is in the recovery suite while rugby is still in intensive care.”

The recent news that spectators will be allowed back to sporting arenas from May 17, albeit in limited numbers, as part of the government’s staged roadmap out of lockdown has brought significant cheer to the sector and country.

While the timeframe won’t allow for the usual throng to descend on next week’s Cheltenham Festival – perhaps a blessing in disguise following the negative headlines that followed last year’s gathering, despite the event taking place with the government’s approval – it means future events can be planned with a degree of certainty.

As St Quinton looks forward to welcoming back paying customers – “we’re hoping for normal crowds from the start of next season in racing and rugby” – he is delighted to support terrestrial television coverage and indeed sees the current situation as a unique opportunity to broaden racing’s fanbase while so many people are working from home.

“We can put on a fantastic TV Festival; that’s our focus,” he explains. “ITV has done a spectacular job of really bringing racing to life and making it more understandable to a wider audience. It’s been innovative and introduced new ideas for coverage.

“Racing has an enormous television audience who are thoroughly enjoying it. I think watching football and rugby without crowds is a pretty miserable TV experience, whereas horseracing is a very good TV product. You don’t need huge crowd noise. I watched the King George with my two sons and we were all enthralled, just as much as when Desert Orchid or Kauto Star won the race. It didn’t matter that there were no fans at Kempton.”

“If you add them all together it’s very exciting. I hope we can entertain a lot of sports fans that tune in over the four days and are perhaps underwhelmed by the other sports they are currently watching.”

The course executive has previously discussed extending the Festival to five days. While not viable in 2021, it’s a topic that is sure to be back on the agenda ahead of next season.

Equine welfare is a constant topic on racing’s agenda and the recent negative headlines concerning trainer Gordon Elliott and jockey Rob James’ shocking behaviour has put the issue firmly in the spotlight ahead of this year’s Festival.

“Obviously the incidents in Ireland were unwelcome and unexpected,” St Quinton says. “We are all grateful that the Irish authorities and the BHA have acted swiftly to impose their sanctions.

“At the moment our focus is to put on the best possible show we can to make it a fantastic TV Festival with all the Irish runners competing – it wouldn’t be the Festival without Irish participation. Then we’ll put our minds to 2022 and trying to get back to normality with a quarter of a million people coming to Prestbury Park.

“I wouldn’t rule anything out in future. Sport is capable of adapting. Look at rugby – there was talk of having the British and Irish Lions tour playing in Britain and Ireland, which would have been unthinkable pre-Covid. That’s the broadminded, outside the box thinking that this virus has given rise to.”

Cheltenham’s broadminded approach extends to sponsors and partners at a time when businesses are forbidden from entertaining clients at the races.

WellChild, the children’s charity, is the new name associated with the Cheltenham Gold Cup while Brown Advisory and Merriebelle Stable (sponsoring the race formerly known as the RSA Insurance Novices’ Chase) and McCoy Contractors (new backer of the County Hurdle) have been signed up in recent weeks.

“Cheltenham is fortunate that the Festival is such an iconic event and there is still a pretty big appetite out there for companies that want to be associated with it,” St Quinton says. “The attendance over the four days is a quarter of a million, it has a huge TV audience and there is a big narrative leading up to the Festival.

“Some companies did extraordinarily well in 2020. You probably wouldn’t be looking for sponsorship from the hospitality sector, pubs, restaurants or airlines. But you could talk to technology or pharmaceutical companies.

“We need to focus our efforts on organisations that have adapted or are doing well. Sponsorship is a challenge at the moment but for the premium end of the market – the Festival, Grand National meeting or Epsom Derby – it is still attractive to sponsors.”

Potential sponsors aside, the Cheltenham Festival is also the meeting at which most National Hunt owners would love to have a winner, something St Quinton knows only too well, having hit the bulls-eye three times with Coulton (1995 Cathcart Chase), Urubande (1996 Sun Alliance Novices’ Hurdle, now the Ballymore Novices’ Hurdle) and Monkerhostin (2004 Coral Cup). The last-named was a grand campaigner and the runner undoubtedly most associated with his owner’s yellow and pink silks. 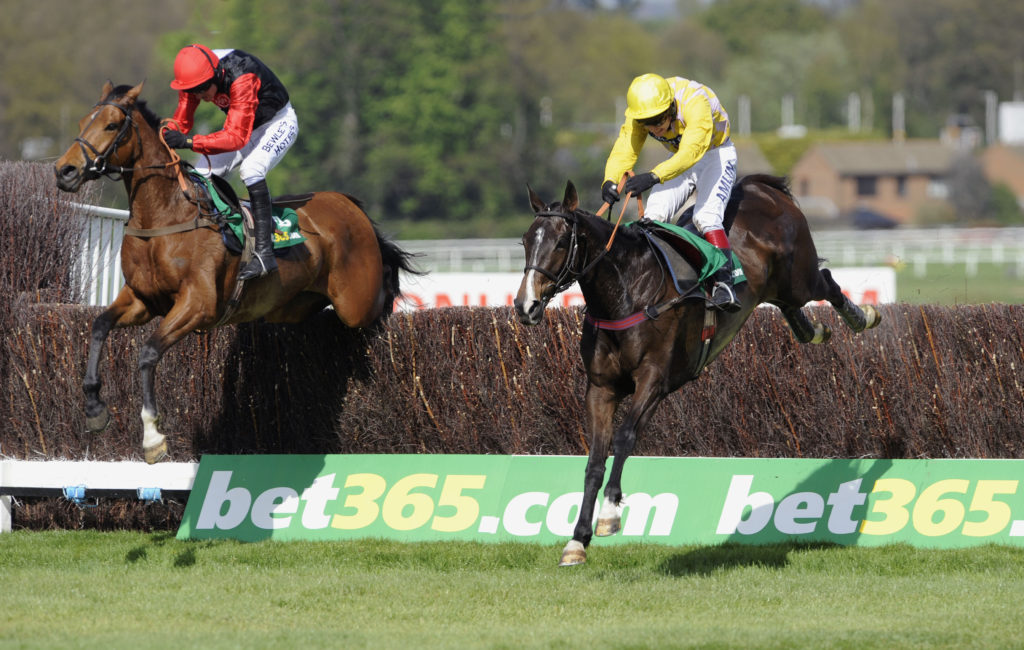 Pileon, owned in partnership with Tim Syder, came agonisingly close to making it four Festival winners last year, going down by a short-head to Indefatigable in the closing race, the Martin Pipe Conditional Jockeys’ Handicap Hurdle.

St Quinton, who has an interest in five horses in training, says: “It was pretty heart-breaking to be beaten in a photo finish. Pileon is recovering from kissing spines. He might try again this year.

“Coulton was very special. He won his first race in 1991 and was still winning nine years later aged 13. He was an amazing horse.”

“We love to get to see these horses year after year. That’s the thrill of National Hunt racing”

Of Monkerhostin, who was also winning as a teenager, having amassed over £600,000 during his long career, he says: “‘Monky’ was so redoubtable and game. He won between two miles up to three miles and five furlongs in the bet365 Gold Cup at Sandown. He was a favourite and the public really took to him.

“We love to get to see these horses year after year. That’s the thrill of National Hunt racing. And the horse is nearly always associated with a jockey – for example, you cannot imagine Frodon without Bryony [Frost].”

St Quinton, who was born in Hull but grew up in east Yorkshire and fell in love with racing after being taken to the track every Saturday by his father, made his mark in the business world through The Saint Group, a private office equipment company later sold to Danka, for whom he worked for seven years. His tenure at Danka saw sales of photocopying equipment exceed £1 billion.

He later established telecoms firm Azzurri Communications, sold to the Prudential Group for £180 million in 2006, winning an award for entrepreneurship along the way.

Sporting commitments mean St Quinton no longer has the time for full-time executive positions. It is something both Cheltenham Racecourse and Gloucester Rugby will be grateful for as they look to recover from the nightmare of the pandemic. 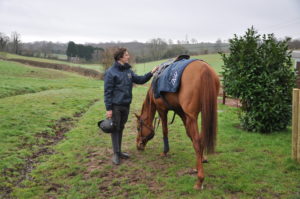